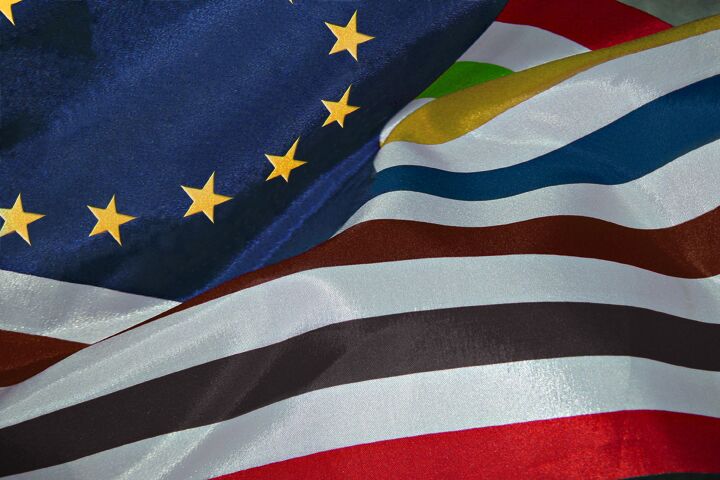 Most international experts continue to discount the EU as a potential united superpower. Even U.S. history shows how it can happen.

One of the main reasons the European Union is overlooked as a future superpower is the perceived inability of European nations to subordinate their national interests to a strong central government in Brussels.

Recently, Josef Joffe, co-editor of Die Ziet and a senior fellow at Stanford’s Freeman Spogli Institute for International Studies, wrote, “Today there is only one challenge to the dominance of the U.S. economy: the European Union …. But an unwieldy conglomeration of 27, or even 16 states cannot be a strategic player.” This was written in the well-respected Foreign Affairs journal (September/October), published by the Council on Foreign Relations. It is typical of what is written about the EU: that it is a potential superpower, but it will never fully unite because there is no way every single nation will get on board.

The Trumpet has written that the exact opposite will happen. Soon the European Union will become the greatest strategic player in the world, with a strong central government led by Germany. We base that forecast on biblical prophecy. But even America’s own history shows how it can happen.

From the Revolution until the Constitution was ratified, the United States wasn’t as united as the name implied. Its federal government was weak under the Articles of Confederation, lacking an executive to enforce laws and not even possessing the ability to tax its citizens. Citizens didn’t identify themselves as American yet; they saw their own states as the “nation.”

These weaknesses led to two main problems that were the driving force behind the creation of a stronger federal government: financial instability and lack of security.

The Revolution left the U.S. with a broken currency, rampant inflation and a government too weak to solve the problem. This led Alexander Hamilton in 1781 to propose a strong government pledged to an honest currency so the economy could expand and bring prosperity to the nation.

The debate for a stronger federal union took on greater impetus when James Madison and George Washington helped resolve a financial trade dispute between Maryland and Virginia outside of Congress. This circumvented the federal government and was outside normal legal bounds, but it was so successful that Madison, in charge of Virginia’s “national” affairs, set up another meeting for all the states to discuss financial and commercial regulations.

Only five states sent commissioners to the meeting in Annapolis in September 1786. Though attendance was poor, with not even half of the states being there, it didn’t stop the Founding Fathers from pushing on.

The convention decided to invite delegates to Philadelphia in May 1787. By February, only seven had agreed. It wasn’t until the Congress finally called for states to revise the Articles of Confederation and to report to “Congress and the several legislatures such alterations and provisions therein as shall when agreed to Congress and confirmed by the states render the Articles adequate,” did the convention become a sure deal.

This was helped along by the second major driving force: lack of security. From the fall of 1786 until February 1787 (right before the convention was to meet), a dangerous rebellion led by Daniel Shays was being put down. The rebellion focused the Founding Fathers’ attention on the inability of the confederation to protect itself and the states from domestic violence and external threats.

George Washington feared Shays’s rebellion was “instigated by British councils” and James Madison was sure Shays had “communication with the viceroy of Canada.” In fact, the British had not intervened, but just the perceived threat from outside gave the convention a much-needed boost.

Even then, Rhode Island still didn’t participate, so only 12 of the 13 states sent delegates. Four months later, the secret convention finished writing the Constitution. Of the 74 delegates sent, only 55 actually attended. In the end, barely more than half the delegates, 39, signed the document.

The Constitution then faced a tough battle for ratification, helped by a method that explicitly contradicted what Congress and the Articles of Confederation directed. Instead of going to state legislatures, the Constitution was to be put forth to special conventions; and instead of unanimous approval, only nine states were necessary for it to come into effect.

In addition to these changes, the promise of a future Bill of Rights to protect citizens was needed to convince some states to ratify the Constitution, especially North Carolina and Rhode Island, which finally did in the following two years. Even then, if it wasn’t for the general assumption that George Washington was to be the first president and prevent any abuse of power, the ratification still might not have happened.

The Constitution, that noble and extraordinary document, was only ratified after a harrowing struggle. Its creation was driven by financial instability and a lack of security, and it needed the rigorous leadership of the Founding Fathers to get it passed.

History Is Repeating Itself

When analysts overlook Europe’s superpower potential, they overlook the fact that the same driving forces that helped unite America are present in Europe. The financial meltdown has destabilized Europe’s financial system, and Europe faces a security threat from Islamic terrorists from within and outside its borders.

These two serious threats to Europe’s stability are binding European states closer together.

Recently, Brad Macdonald wrote about how seriously Europe is taking the Islamic threat. Germany, the dominant power in Europe, sees an Islamic terrorist attack as likely. Should this happen, it would create the perfect conditions for Europe to become united under a strong central government.

Financial instability is receiving even more attention lately. New European Parliament President Jerzy Buzek wrote, “Our first priority must be to tackle the financial and economic crisis, or in simple terms, the European Parliament must act to set the condition so that Europe can be prosperous and create sustainable, decent jobs” (Parliament Magazine, September 7).

This is the same reasoning that led Alexander Hamilton to propose a stronger federal government eight years before it finally happened. The financial crisis has presented European leaders with one of the biggest opportunities yet to unify Europe under a stronger central government.

The point has been hammered heavily to convince the Irish to vote yes in their October 2 referendum on the Lisbon Treaty. Pat Cox, the director of Ireland for Europe and a former European Parliament president, wrote, “Ireland is a very different place today to what it was a year ago. The financial crisis has rocked our confidence. We are reeling from a series of body blows over the last 12 months” (ibid.).

This financial crisis will prove to be a very helpful tool for the EU, as it still needs to convince the Irish, the Poles and the Czechs to sign the Lisbon Treaty.

Even if these nations don’t get on board, however, the U.S. example shows how unification can still get underway. These states are the equivalent of Rhode Island not attending the convention and then taking two years, along with North Carolina, to ratify the Constitution. It didn’t matter what these smaller actors thought—it happened anyway.

The same will be true for the EU. The European Union doesn’t need all 27 nations to get on board. Even if Ireland votes no, it will not be able to stop the European heavyweights, namely Germany, from molding the Union into a strong federal power. The two driving forces of financial stability and security will override any concerns over democratic proceedings. America’s history demonstrates that, and Bible prophecy reveals the EU will not be composed of 27 entities, but of 10 nations or group of nations. (For more information, read Germany and the Holy Roman Empire.)

Democratic or not, all that is lacking is the leadership America possessed to get it done.

How Europe Is Different

Don’t be mistaken, however: The nature of these two unions is vastly different. Yes, the Founding Fathers were willing to work outside normal legal bounds, they worked in secrecy and they settled for a ratification method that wasn’t purely democratic. However, all states, north and south, believed in representative government, the rule of law, and the rights of free speech, assembly, press and religion. The Constitution upheld all of these democratic principles and rights, which were soon spelled out in the first 10 amendments. The ratification conventions may not have been a direct referendum, but the debates were published and out in the open for every citizen to read and participate in. The people knew what they were getting. That was one reason for using the conventions to ratify the Constitution rather than the state legislatures.

European unification, by contrast, has operated in a much more deceptive way, and on principles far different from the British tradition that early Americans built on. The Europe project is built on the tradition of the bloody dictatorship of Charlemagne, with the Catholic Church the glue to hold it together. For more information on Europe’s Charlemagne heritage, read Gerald Flurry’s article “Is Germany’s Charlemagne About to Appear?”

Take the Lisbon Treaty, for example. This treaty used to be called Europe’s constitution, but the Irish blocked its ratification. So Brussels changed the name in an attempt to repackage the same material to get it passed. This deceptive method of getting the constitution ratified effectively removes the people from the debate. As democratic as the EU tries to paint itself, it is definitely not.

All that is yet needed is leadership to get the EU constitution adopted. Unfortunately, the quality of leadership the Founding Fathers gave to America cannot be found in Europe. While there are plenty of Europeans who want to make the EU a stronger union, there are no leaders like George Washington that will ensure the government will not abuse its power.

For more information, read the OctoberTrumpet issue on Europe. It gives a detailed forecast of the rise of the next superpower. Many analysts may scoff at the idea of a strong Europe, but the Bible says otherwise, and history shows how it can happen. There will be a “United States of Europe” with a strong central government that will dominate the world scene. If you want to be prepared, take the time to read our full report.