It happened to ancient Rome—and all great world powers: You can track the moral descent of a nation by its cultural decline. 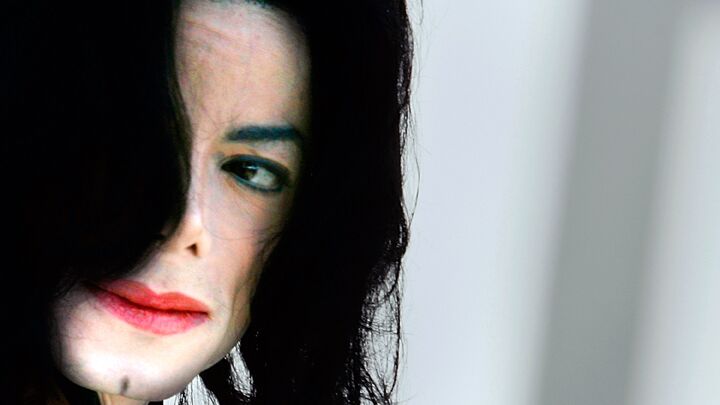 It happened to ancient Rome—and all great world powers: You can track the moral descent of a nation by its cultural decline.

Media coverage of the Michael Jackson funeral was massive and global. Such was the almost universal appeal of the Jackson entertainment machine. Yet, just a single lifetime ago, the style of “entertainment” embraced by generations of Jackson worshippers would have been relegated to the world of the weird and the perverse, if not the downright demonic.

How did the sense of taste and the social values of society descend to such a morally destructive level?

In Newsweek’s July 13 cover story, journalist David Gates placed Jackson in order of descent in a line of pop idols that have emanated from postwar Anglo-American “culture.” “True, for a while he was the king of pop,” he wrote, “and he’s the last we’re ever likely to have. Before Michael Jackson came Frank Sinatra, Elvis Presley and the Beatles ….”

Thirty years ago, Herbert W. Armstrong wrote a timeless article about society’s reaction to Beatle John Lennon’s murder. In it he nominated the same entertainment icons of the postwar era as being part of a trend that indicated “[t]his world is fast losing all sense—if it ever had any—of true social values. The lower the standard of social values, the more popular they become in a misguided and deceived humanity” (Worldwide News, Dec. 22, 1980).

Ever one to seek the cause of a phenomenon rather than just highlight its effect, Mr. Armstrong traced the history of the postwar trend to idolize the human icons of entertainment: “In a way, the Beatles started this modern trend in a new Satan-influenced lifestyle of a degenerating culture and sense of social values. But John Lennon was their bandleader in this.

“It picked up what had been started by Frank Sinatra, when teenage girls ran screaming half out of their minds for his autograph. It was revived and intensified by Elvis Presley. Then the Beatles delivered Satan’s knockout blow to any public sense of social values in the world.”

It is interesting that Gates would choose the same trend, employing the same examples, as Herbert Armstrong to describe this phenomenon. But Mr. Armstrong highlighted the result of 35 years of pop idol worship—each of those “idols” becoming more degenerate than the rest.

“The world will deify and worship one who can start humanity on such a downward plunge. … [T]hat’sok with the public as long as he was in ‘show biz’ …. Lennon even made the statement at one time that the Beatles were more popular than Jesus Christ. He had millions—untold millions—of worshippers.”

Clearly, the spirit that uses the entertainment industry as a tool to aid in the destruction of the moral fiber of whole nations was not finished when John Lennon met his demise. There would be one more “idol,” and his influence on generations of children would mold their minds into a state where no longer could they differentiate between that which was clearly manly and upright on the one hand and soundly feminine on the other. A whole confusion of spirit as to the intended orientation of God-created humanity would result.

“As the prepubescent frontboy of the Jackson 5, he sang in a cherubic mezzo-soprano of sexual longing he could not have fully felt,” David Gates wrote. “As a young man … he seemed to never fully inhabit himself—whoever that self was. In middle age, he consciously took on the role of Peter Pan … with what he seemed to believe was an ageless, androgynous physical appearance … thanks to straightened hair and plastic surgery. … He did his best to construct an alternative reality on top of what must have been an initially miserable life ….”

In essence, Jackson embodied elements of the two pop idols who preceded him, by marrying Elvis’s daughter and buying the Beatles’ catalog of songs. But as Gates pointed out, Jackson was to descend even further down the slippery slope of decadence than Elvis and Lennon, becoming “the most sinister of superstars” (emphasis mine throughout). He was to eventually morph into what looked “like both a vampire and a mummy—Peter Pan’s undead evil twins.”

In its eulogy for Jackson, the Economist noted that “He told his biographer, Randy Taraborrelli, that he had ‘deep, dark secrets.’ They were encased in a voice as soft as a whisper, a handshake that felt like a cloud, a face as pale and delicate as plastic surgery and Porcelana skin-bleach could make it. Dark glasses and surgical masks kept the world away from him. … He shared his meals with a chimpanzee and his bed with young boys …” (July 2).

To pre-baby boomers, that’s just plain weird! Ours was a generation when men were overwhelmingly really men, and women really women, and very happy to be so! To appear as anything else, to in any way have the slightest doubt of one’s gender—or very humanness for that matter—would have then rendered one ostracized from society … for the good of society!

As to dining with a monkey? The great problem with presenting such a confusing image to the world, wrapped in the trappings of huge success as an entertainer, is the effect on the minds of the young. The Economist noted, “But he had sold 750 million albums and, from Riga to Rio, children danced like him.”

Yes, children all over the world danced like Michael Jackson—their idol. Believe it or not, having such a confused individual as an “idol” has a deep effect on the molding of a child’s mind, particularly influencing what it ultimately accepts as normal. It creates an impression that the perverse is acceptable. It places the stamp of approval on social behavior that is way beyond the bounds set by generations of the past when a nation was great, a nation founded upon clear guidelines as to what is truly male and truly female behavior—true social standards.

The all-too-ready acceptance of the “appeal” that outlandish behavior has on impressionable, immature minds clouds the judgment of parents when faced with a choice between exposing their children to entertainment that is educational, uplifting and morally sound and that which is clearly perverse.

In short, it creates confusion—and that points right to its source (1 Corinthians 14:33).

The upshot is, we now have a generation in their 30s and 40s who, having grown up exposed to Jackson idolatry, their social standards shaped by such weirdness as portrayed in his top-selling Thriller album, make decisions at government and corporate level that affect multiple millions. The White House currently houses a president who stated he grew up with Michael Jackson’s music and is happy he’s “being remembered primarily for the great joy that he brought to a lot of people.” “Still have all his stuff on my iPod,” the president said.

Herbert Armstrong was right: “This world is fast losing all sense—if it ever had any—of true social values. The lower the standard of social values, the more popular they become in a misguided and deceived humanity.”

It’s that loss of true social values, once reflected in Anglo-American society during the heights of its greatness, that now results in the leading lights of the gender-bending movements being entertained at the White House and at Number 10 Downing Street.

It’s such a degenerative influence in society that leads the oldest political party in the world, the British Tories, to strongly endorse perverse lifestyles and even predict that one day they shall place one who embraces confusion of gender at the helm of the nation.

It’s that same influence that leads the American president to infer (at a Lesbian-Gay-Bisexual-Transgender Pride Month reception he hosted at the White House) that he will work to endorse historically antisocial behavior “step by step, law by law, mind by changing mind.” This is most worrying of all to those who embrace the fundamental virtues upon which successful societies are built.

Trouble is, these days it takes a really enlightened mind to see such an insidious process for what it is and to deduce where it is ultimately leading. Then, when one does see it, comes the question, as asked by Herbert Armstrong, “What hope is there in such a world?”

It truly takes a mind enlightened by the Creator of mankind to provide the answer to that burning question. Herbert Armstrong gave the only patently true answer 30 years ago, upon the death of an earlier pop icon, in words that are even more appropriate today in the wake of Michael Jackson’s death.

Of that hope, Herbert Armstrong declared, there is “[j]ust one. It’s time we all pray, ‘Thy kingdom come, thy will be done on Earth as it is in heaven.’ And put our hearts and energies in our prayers, as disciples, like this now dead ‘hero’ put his into the raucous loud squawk and scream with the fast beat. The world can put real energy into the things of Satan. Can we put some real energy into our prayers?”

How seriously do we really want God’s Kingdom to come? Let’s put some energy into our prayers for it!