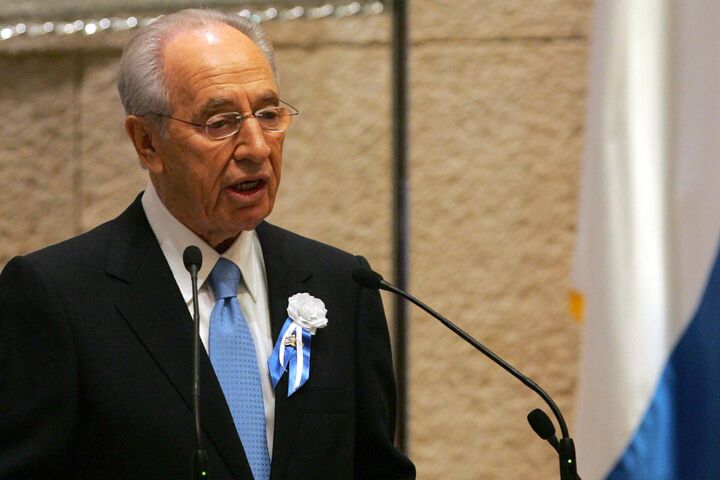 And Israel’s president is helping.

Tension is building between Israel and the Vatican over contested parts of Jerusalem ahead of Pope Benedict xvi’s visit to the Jewish nation next week.

Negotiations between Israel and the Vatican have been ongoing for the past 10 years concerning the handover of sites in Jerusalem, including parts of Mount Zion, and elsewhere in the country claimed by the Roman Catholic Church. Reports in the Catholic media imply that these negotiations are nearing their conclusion.

While Israel’s Foreign Ministry denies the reports, idf Army Radio says that President Shimon Peres is pressuring Interior Minister Eli Yishai to surrender six properties demanded by the Vatican. If the interior minister does not cave, staffers in the president’s office say, they will find some legal way to sign away the sites without Yishai’s approval.

“Giving the properties away,” reports IsraelNationalNews.com, “means that Israel will not be able to pave roads or lay electricity and other infrastructures without Vatican approval.”

Peres’s move to speed the handover of parts of Jerusalem to the Vatican is no mere whim. Peres has been Israel’s key personality involved in negotiations with the Vatican for going on two decades. Just three days before the signing of the Oslo Accords on Sept. 13, 1993, then-Foreign Minister Peres, together with then-Deputy Foreign Minister Yossi Beilin, signed a secret deal with the Vatican promising to hand over sovereignty of Jerusalem’s Old City to the Vatican, according to the Italian newspaper La Stampa. This deal was then included in the secret clauses of the Oslo Accords.

Researcher and author Joel Bainerman detailed: “Under the Vatican agreement the Israelis would give over control [of] the Old City to the Vatican before the year 2000. The plan also calls for Jerusalem to become the second Vatican of the world with all three major religions represented but under the authority of the Vatican. Jerusalem will remain the capital of Israel but the Old City will be administered by the Vatican.”

Sixteen years on, it is no wonder the Vatican—along with Peres and his protégé Beilin—is getting impatient.

“We have dragged our feet long enough in the negotiations with the Vatican,” Beilin told idf Army Radio, “and it’s time for us to go towards the church in this and other matters.”

The move, however, is meeting with strong resistance by others in Israel.

Still, as we wrote back in 2006, we have not heard the last of this issue. The Catholic Church has an intense interest in Jerusalem—viewing it as its universal headquarters. The Vatican has stated that Jerusalem should be an “international city,” which would open the way for papal control over much more than just parts of Mount Zion and other sites.

Bible prophecy reveals that the Vatican will be successful in its designs on Jerusalem—but it will take more than negotiation and diplomacy. “The Vatican and Germany … have conquered Jerusalem several times before. And they are destined to do so one last time!”, editor in chief Gerald Flurry writes in Jerusalem in Prophecy.

For more on the future of the Vatican’s relationship with Israel, read “Vatican’s Hidden Jerusalem Agenda” and “Jerusalem and the Last Crusade.”