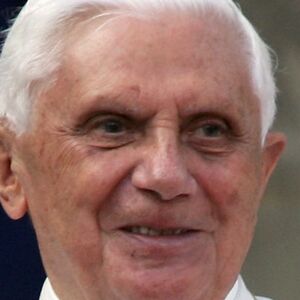 Why is Pope Benedict visiting Israel, and why right now?

This magazine has been watching Joseph Ratzinger for a long time. As we have watched, we have followed his course from chief confidante of the late Pope John Paul ii to his enthronement as pope and then on throughout the past four years of his controversial papacy.

As we have watched this leading religious figure, we have monitored his involvement in a clandestine project of the Vatican that was documented in Bible prophecy almost 2,000 years ago and which remained a mystery until fully exposed within the last two decades.

Now, as Benedict xvi prepares for his upcoming visit to Israel, the Palestinian territories and Jordan this May—a tour incorporating his first visit to Israel since being elected pope—it is crucial that the Vatican agenda for the city of Jerusalem be publicized.

Back in the mid-1990s, a statement made by Pope John Paul ii during an interview in his native Poland, broadcast in Italian over a Polish radio station, was noted by one of our Italian associates. She sent us a transcript of the interview, which included one particularly startling reference made by the pope regarding the Vatican’s ultimate goal of transferring its headquarters from Rome to Jerusalem.

What was unusual about this admission of John Paul ii is that the Vatican’s intentions to possess Jerusalem are seldom publicized and little commented on. In fact, an air of secrecy—something that the Vatican has a history of creating over various of its affairs over the centuries—has surrounded this project since the failure of the Crusades, the most obvious of the overt and now very historical attempts by the Vatican to seize control of the Holy City. Those attempts have a long history with strong attachments to the German nation, right up to the past two world wars, and beyond to our present day.

As far back as the eighth century a.d., emissaries were sent to Jerusalem by Emperor Charlemagne to negotiate an agreement with the Muslim Caliph Haroun al-Raschid. The result was that Jerusalem became a protectorate of the Holy Roman Empire.

Historical records indicate that such a protectorate was limited to the oversight of the welfare of Christians, the care and protection of designated holy sites, and the properties of the Roman Catholic Church in Jerusalem. The fact that the caliph would be a financial beneficiary to this enterprise was a given. Muslim support of the Kaiser’s army in World War i, and again of the Nazi regime in World War ii, was the end result of a long historical nexus between the Muslims and Germany.

From the time of the Charlemagne/Haroun pact, through the attempt by Kaiser Wilhelm to seize Jerusalem in World War i to this day, elements within Germany have historically viewed themselves as protectors of the Roman Catholic Church. From the time of the failure of the great crusades, German elites have worked to find ways and means of seizing the plum job of protector of Jerusalem.

Recently, courtesy of the actions of Germany’s Vice Chancellor and Foreign Minister Frank-Walter Steinmeier, Germany has aggressively stepped up its diplomacy in the Middle East. This action comes in advance of the upcoming visit by a German pontiff, Josef Ratzinger, under his adopted papal name Benedict xvi, to Jerusalem. Both Vatican and German diplomacy in Israel are linked to a common end: possession of the Old City of Jerusalem, as well as most of the eastern half of the city. The Jews are the pawns in this grand game of international diplomacy, the Palestinians the all-too-willing grunts on the ground eager to facilitate the division of Jerusalem and the annihilation of the State of Israel in the process.

The Vatican already has a significant presence in Jerusalem by virtue of free access to its holy sites over which Rome has legal jurisdiction, under Israeli law, including both its institutions and assets in Jerusalem. The consolidation of these arrangements came by virtue of a bilateral agreement termed “The Fundamental Agreement Between the Holy See and the State of Israel,” which the Israeli government signed with the Vatican on Dec. 30, 1993. The terms of this agreement, composed in secret, were subsequently legislated by the Israeli parliament, the Knesset. What remains largely unknown is the secret deal done by current Israeli President Shimon Peres and the leftist peacenik, former Meretz party member Yossi Beilin, known widely as “Peres’s poodle.”

Six months after the signing of the bilateral agreement between Israel and the Vatican, on June 15, 1994, the Israeli government inked a further agreement with the Vatican endorsing the Roman Catholic Church’s participation in negotiations to determine the future of Jerusalem. This was followed in February 1996 by Secretary General of the Vatican Serge Sebastian announcing that Rome recognizes Palestinian sovereignty over East Jerusalem. The Vatican had thus revealed its hand. From here Rome was to go on to actively work through its proxies in the “peace process” to exploit Palestinian claims as a means of splitting the city of Jerusalem asunder, seizing the Old City and possessing East Jerusalem. This involved the management of Palestinian aggression as part of the process, regardless of the suffering and loss of life that it would inevitably incur. This would in fact be a vital part of the initiative to take East Jerusalem by force in the event of the failure of diplomatic means. The same tactic had been instigated by Germany and Rome in the Balkan Peninsula to achieve a desired result with implicit UN agreement, with the Serbs becoming the pariah in the world’s view. This time, it’s the Jews who are being pilloried, in particular since the Gaza incursion, in the lead-up to a similar result as that in Kosovo: the seizure of iconic territory to be placed under the influence of Berlin and Rome with the willing acquiescence of the United Nations.

Journalist Joel Bainerman, a well-known commentator on Israeli affairs, claims, “The end goal of the Vatican is to seize control of the Old City of Jerusalem out of the clutches of the State of Israel. To that end they have a secret agreement with Israel which obliges Israel to respect the ‘extraterritorial’ claim to their physical presence in the city. In short, we have accepted the Vatican’s rights to have little Vatican sovereign embassies throughout our eternal capital of Jerusalem. That same Vatican has committed itself, in public and in a written agreement, to ensure that the Palestinians have sovereignty in the Old City of Jerusalem.”

Yet, beyond the proof of the hidden agenda of the Vatican exposed by commentators, there is the “more sure word of prophecy,” which we have well documented in our publications, that forecasts the coming of an individual who will be the spiritual head of a great religio/political institution centered in Europe, spreading its tentacles “toward the south, and toward the east, and toward the pleasant land” (Daniel 8:9).

Believe it or not, your Bible prophesies the hidden agenda of the Vatican! The press and media remain fixated on what they believe are the faltering mistakes of a pope out of touch with reality—witness the imbroglio over Benedict’s Regensburg speech and the latest kerfuffle regarding the lifting of the excommunication of the four Lefebvrist bishops, including the Holocaust-minimizing Richard Williamson. Such diversions are but a smokescreen for those whom Lenin famously called “useful idiots” to keep them diverted from following the scent on the track to the ultimate Vatican story, the coming takeover of Jerusalem by Rome!

Read and study our booklet Daniel Unlocks Revelation for a real eye-opener on this story of the decade!