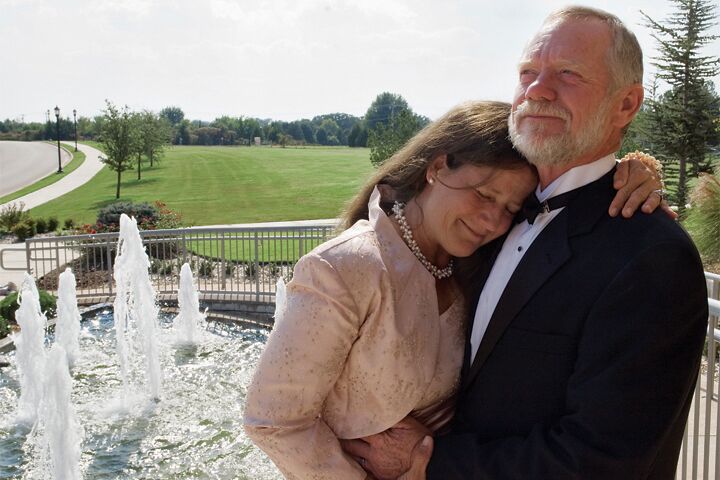 How would you feel as a wife if your husband—in front of powerful people—wouldn’t admit he was married to you? Or what if you couldn’t have children and, to remedy the situation, your husband impregnated a woman close to you?

That’s the position one woman found herself in.

Her husband ended up becoming one of the great men of history, revered by his descendants till this day. That man was the Hebrew patriarch Abraham. His story is recorded in the Holy Bible.

And what does the Bible tell us about his wife, Sarah? Does it mention how she had trouble taking him seriously? How she couldn’t respect him? How she kept throwing his mistakes back in his face whenever she wanted to get the upper hand in the relationship? No. The New Testament says simply that “Sara obeyed Abraham, calling him lord” (1 Peter 3:6).

What a remarkable woman to give her husband such respect and deference despite his human deficiencies.

I contrast that story in my mind to a young woman whom my wife and I spoke to recently. In lighthearted conversation, she joked about how dense and unobservant her husband was. That is the common attitude in our society. You see it in how women (married or single) emasculate and run down their male companions.

At the same time, many husbands dismiss their wives’ feelings, hopes and dreams so they can get back to what they think is important.

Marriages today often suffer from a lack of respect.

Is your marriage happy? Is it simply satisfactory? Or does it seem beyond repair? Does it seem any efforts you make to upgrade it are ignored or put down?

There is something you can do. It requires respecting and honoring your mate. Attitudes of respect and honor, while they manifest themselves differently in the husband and wife, nonetheless must be there for any marriage to be happy.

But, you might say, my mate would never sit down with me, read an article like this and talk it over afterward. That’s the beauty of this marriage remedy. It can work regardless of what your mate does. Start employing these attitudes, and watch it—even if only subconsciously—inspire changes in your mate. Watch to see if he or she doesn’t begin to reciprocate the respect.

How the Husband Respects

The husband’s main obligation is to love his wife. By love, I do not mean some fuzzy emotion. Love is an action word that is an outgoing concern for the one loved. It is the way of serving, giving and sacrificing.

Deep down, what man, when he has first found that special lady, doesn’t desire to help her in any way he can—to hear her out, to offer her a ride, to lift something heavy, to do anything to make her comfortable? And yet, how many men ignore those feelings later in the marriage?

The husband must take the lead in sacrificing, giving and serving the wife and family. He must put their needs ahead of his own.

A woman who sees her husband acting in that fashion, and who feels so honored, is bound to respond well.

The Apostle Peter, who wrote about Abraham’s wife, Sarah, said only a few sentences later that husbands are to “honour” their wives (1 Peter 3:7). He used a Greek word that refers to how something is valued or priced.

Husbands, part of recapturing that honor in your marriage is realizing the priceless value of your wife! Can you put a price on everything she has done for you and the family? Look for those ways she has sacrificed and given to you. She is far more valuable than any salary, promotion or material status you could achieve.

You may actually want to list all these marvelous acts of your wife, like the chronicler did in Proverbs 31. This chapter not only illustrates the ideal marriage relationship, it goes into great detail about the wife’s accomplishments (verses 12-28). She clothes the family, makes certain real-estate decisions on behalf of the husband, manages a staff of assistants, and rises up early, among many other things.

The description ends: “Her children arise up, and call her blessed; her husband also, and he praiseth her” (verse 28).

A Proverbs 31 husband will lead his children in honoring and praising his wife.

Peter says another part of honoring the wife is dwelling with her “according to knowledge.” Husbands: To excel at honoring and respecting your wife, strive to understand things from her point of view—be aware of her hormonal fluctuations, her physical limitations, her dreams and desires. You can show her how you truly value her priceless role by being a sounding board and by trying to understand her world.

In 1 Kings 3, King Solomon told God his greatest desire, as he embarked on his rule of Israel, was “an understanding heart to judge thy people … for who is able to judge this thy so great a people?” (verse 9). For some time, that attitude helped Solomon be a great king. The principle is that any great leader will strive to understand those he leads. Solomon really had an awe for God’s people. He respected them.

Likewise, a husband who is honoring his wife will strive to see things from her point of view. Strive for that “understanding heart”!

How the Wife Respects

I realize some of this may sound antiquated or even be infuriating to the brazen modern woman. But do not most women, deep down, crave to be honored, appreciated, understood and cared for? What woman, if her husband began honoring her that way, wouldn’t simply collapse in his arms from delight in being treated like this?

In like manner, what man wouldn’t cherish receiving such appreciation and admiration from a woman? The fact is, men deeply desire respect from women.

Yet how often do you hear a wife carrying on about her husband’s shortcomings—how he handles the children, his weight, his inability to take out the trash or his intelligence with other domestic issues. By doing that she destroys the attitude of respect that would draw her husband to her and bind the relationship!

That’s what the Bible says the wife is to do: to “reverence her husband” (Ephesians 5:33).

The Greek word for reverence is phobeo, from where we get our word phobia, a fear of something. It is usually used in the New Testament as “fear” or “afraid of,” much of the time to describe our “fear of God.” So, the type of fear we should have toward God—not being terrified of Him, but rather being afraid to disobey or disrespect Him—is that which the wife should have toward her husband.

Yet today, not only do most women not have that attitude, but many men are literally afraid of their wives. They are afraid to show any real backbone for fear of what the wife might do or say. Though there still may be a few men in society who really “lord it over” their wives and command the wrong kind of fear in them, the reality is that, generally, the women “lord it over,” browbeat and nag the men! It all started about 6,000 years ago when Adam, who was with his wife (Genesis 3:6), was afraid to tell her that heeding the serpent and eating of the forbidden fruit was wrong!

Wives, do you honor, respect and hold your husband—at least his purpose and position in the family—in the highest esteem and even a little bit of awe? Would it damage the marriage if you were afraid to say a demeaning word to or about him? Would it do harm if you feared rebuking or nagging him as you would fear doing so to God Himself? (Ephesians 5:22).

Proverbs 12:4 says a woman who makes her husband ashamed is as “rottenness in his bones.” Denying him respect is the quickest way to turn him away from you.

Peter tells the wives to follow obedient Sarah’s example. Sure, calling him “lord” is foreign in our day, but we’re talking about an attitude of respect. Think about all the ways in which you can respect your husband, conveying that attitude even if you don’t utter those words. Would that not inspire the lagging husband to begin to improve? Would it not impress upon him the responsibility he has to care for you—to ensure that he appreciates you and looks out for you?

The Scriptures do not say that you are to give him this respect only if he deserves it. You could find any number of things about your husband’s character to pick apart and thereby conclude that he is unworthy of such respect. Strive to look beyond his flaws and deficiencies. Focus first and foremost on the heavy responsibility he has been given. If he is having trouble fulfilling his duties as a husband, he may need your support, admiration, encouragement and respect more than at any other time! Genuinely praise him to his face and also to others when he is not around. That is your God-given responsibility.

Both Attitudes in Action

You may be surprised at how one mate employing these points can inspire the other. Even if it starts with one, the ultimate goal is a marriage where both parties strive to respect and honor each other like this. Study Proverbs 31, which paints a picture of exactly such a marriage.

Verses 11 and 16 read, “The heart of her husband doth safely trust in her, so that he shall have no need of spoil. … She considereth a field, and buyeth it: with the fruit of her hands she planteth a vineyard.”

This husband honors his wife, empowers her decision-making and encourages her to be educated. He is not intimidated by any of that. This wife reverences her husband and takes utmost care with decisions, knowing she represents him and his reputation. She educates herself in the best way to make those decisions. And having to reverence him in her decisions doesn’t make her feel slighted—rather she feels fulfilled.

She is intelligent, cultured, productive and diligent. The husband does not hide her; he shouts her praises for all to hear, as verse 28 says. Most translations show that the end of this verse is a lead-in to the next verse—that is, here is what he says about her: “Many daughters have done virtuously, but thou excellest them all.”

Verse 26 says that she “openeth her mouth with wisdom; and in her tongue is the law of kindness.” She is capable of offering great counsel, and he values that counsel.

Verse 23 shows that he is “known in the gates” among the leaders of the land. Her reverence for him allows him to be respected in society too.

Strive for a Proverbs 31 marriage! Both husband and wife are better equipped to find their success in life when they each have this righteous respect toward each other! Apply these principles of honoring and respecting your mate, and watch your marriage thrive!