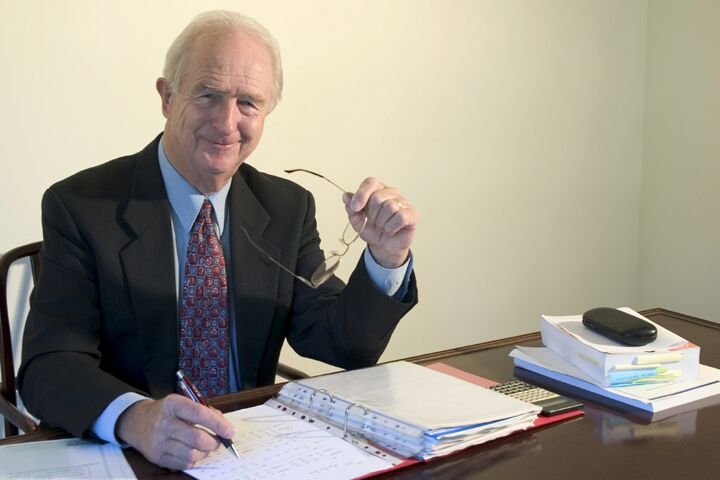 “You’re only as old as you feel,” the saying goes. Signs are that the older are feeling younger than the older felt some years ago!

Though our post-World War ii culture has relentlessly celebrated youth (the term teenager did not exist before the war), today the 80-year-old is akin in lifestyle to yesterday’s 50-year-old.

As Daniel Gross remarked in Newsweek magazine last summer, the tendency for senior citizens to maintain and even increase involvement in the activities of their more youthful years is changing our perception as to the value of age over youth (June 16, 2008).

Take, for example, the number of heavy hitters in the seniors’ age bracket who are still vitally active in today’s corporate scene. A brief look at the most high-profile yields the following:

Kirk Kerkorian, 90, still an active investor, having piled up huge stakes in Chrysler, gm and Ford.

Jack Welch, 72, an active adviser to his successor at ge.

Rupert Murdoch, 77, media mogul, having beat much younger competitors in the grab for MySpace.com, now involved in the makeover of the Wall Street Journal.

Warren Buffet, still active at 78 as investor, businessman and philanthropist.

T. Boone Pickens, who at 80 heads a $4 billion hedge fund and maintains a high profile in the debate on alternative sources of energy.

Gross describes such high-achieving senior citizens as the marathon men of business, compared to the younger sprinters who “thrive during bubbles,” only to drop by the wayside when, as has happened recently in such dramatic fashion, the bubble bursts. He credits their staying power and overall success as being significantly due to hard-earned experience.

“Unlike their younger counterparts, today’s headline-making grandparents have experience managing through the last serious oil shock and prolonged period of pain in the 1970s,” Gross wrote. This has a tendency to produce a stoicism in those who have weathered the storms, seen good times and bad times, and come through it all to make a success of their lives.

From where did Western society inherit the mentality that once a person reached his mid-60s he should retire?

Back in the 1880s, in the process of establishing the world’s first social welfare system, German Chancellor Otto von Bismarck set 70 as the age when he considered people too feeble to work. At the time, the average life expectancy of Europeans was around 45 years of age! His successor, Kaiser Wilhelm, reduced the retirement age to 65. That arbitrarily became the standard retirement age in Western society.

Retirement was never a factor in the life of our mentor in founding the Trumpet magazine, Herbert W. Armstrong. He was already 60 years old by the time that his radio broadcast, The World Tomorrow, first aired on Radio Luxembourg, opening the way for the gospel message to reach nations other than just the United States. He was in his mid-70s when he began to travel internationally to meet world leaders. He was 85 years of age when the greatest period of his long ministry began to reach its peak during the final seven years of his highly energized life! During those last seven years, he jetted around the world having private audiences with world leaders and addressing large groups in a multitude of nations on all five continents.

Herbert Armstrong died “with his boots on” in his 94th year, still active to that moment as pastor general of the Worldwide Church of God and president of all its corporate entities.

In times like these we have recently entered, we need the encouragement that can come from the examples of such as Herbert Armstrong. During his long and productive life, he experienced “both how to be abased, and … how to abound,” as the Apostle Paul related of himself (Philippians 4:12).

Request your free copy of The Seven Laws of Success by Mr. Armstrong. It certainly is a book for the times! It will teach you vital lessons with which to be armed to weather the storms ahead.