What message does the president’s pick for CIA director send? 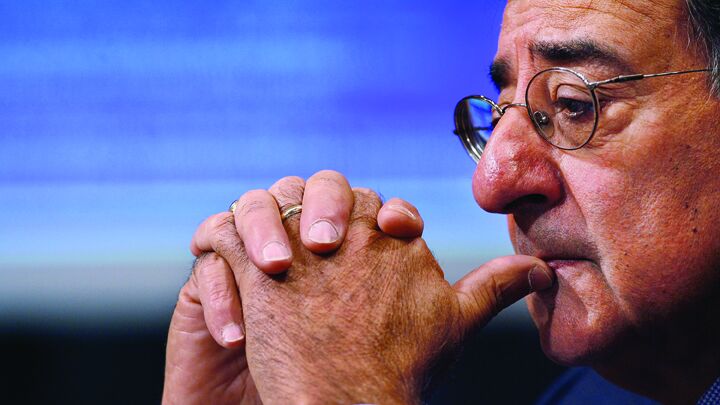 What message does the president’s pick for CIA director send?

When the far-left Human Rights Watch applauds the nomination, there is good reason to be gravely concerned about the change that is coming to America. In January, Barack Obama picked Leon Panetta, a former California congressman and White House chief of staff under President Clinton, to be the cia’s next director. Those who endorsed Panetta’s nomination praised his sharp intellect, political evenhandedness and exceptional managerial skills. Critics howled over Panetta’s near-zero experience in collecting and analyzing intelligence.

The greatest cause for alarm, though, is the weak and naive strategy Barack Obama intends to implement in the war against terror.

For all the Bush policies Barack Obama seeks to change, the ones he is most eager to rework first are those that arguably resulted in George W. Bush’s greatest achievement as a wartime president: the fact that America has not been hit by a major terrorist attack in more than seven years.

No one predicted that in the wake of 9/11. Yet, thanks in large part to President Bush’s decisions to go on the offensive in the war against terror, to approve controversial interrogation methods and to legislate eavesdropping techniques in order to monitor terrorist communication networks, that is what happened.

All of that will soon change. What Panetta’s appointment tells us, Charles Krauthammer pointed out on Fox News, is that “the Obama agenda will likely be to purge and perhaps even persecute anybody in the cia who had been engaged in those elements which actually saved us over the last seven years” (January 6).

“A Nation of Armchair Torturers”

Obama’s first choice to head up the cia was John O. Brennon. As a longtime cia insider, Brennon had all the experience Panetta lacks. But he was forced to withdraw his name after left-wing critics dug up statements made by Brennon that seemed to defend President Bush and the cia’s post-9/11 operations. Brennon responded to the attacks by insisting that he opposes harsh interrogation measures. But it was to no avail. He was essentially ousted for not being outspoken enough in his opposition to President Bush’s counterterrorism policies.

Leon Panetta, on the other hand—like the new president—has strongly opposed the cia’s warrantless surveillance, its international detention program and interrogation techniques like waterboarding, which the new administration equates with torture. In a piece Panetta wrote for Washington Monthly last year, he said that America’s widespread support for harsh interrogation techniques in order to extract critical intelligence proves that we have become a “nation of armchair torturers.”

Think on that. America is engaged in a war against merciless and radical Islamists and the incoming administration seems to be more concerned about America’s torturous behavior? As Mike Baker opined at FoxNews.com, “The country faces a ruthless enemy that has no morals, no limits and no concern for our rights. While we shouldn’t and don’t stoop to their level by any means, we should reserve the right, when absolutely necessary, to use some techniques that, while not pleasant, don’t constitute torture” (January 7).

Last December, when abc News asked Vice President Dick Cheney if he believed any of the interrogation methods the cia used against mass murderer Khalid Sheikh Mohammed went too far, Cheney said, “I don’t.” There was a time, Cheney said, when “about half” of what the United States knew about al Qaeda came from what Mohammed confessed while being interrogated. Cheney said the techniques used on him were “remarkably successful.”

Do you believe the use of waterboarding was appropriate in the case of Sheikh Mohammed? the interviewer asked the vice president.

“I do,” Cheney responded, adding that the “results speak for themselves.”

Indeed they do. “[W]hen a professed enemy succeeds as wildly as al Qaeda did on 9/11,” as one commentator wrote last year, “and seven years pass without an incident, there are two reasonable conclusions: Either, despite all the trash-talking videos, they have been taking a long, leisurely breather; or, something serious has been done to thwart and disable their operations. Whatever combination of psychology and insanity motivates a terrorist to blow himself up is not within my range of experience, but I’m betting the aggressive measures the president took, and the unequivocal message he sent, might have had something to do with it” (Wall Street Journal, May 30, 2008).

Of course, this doesn’t mean the world is safer now than it was before 9/11. To the contrary, Iran is about to go nuclear. A nuclear-armed Pakistan is no longer a reliable U.S. ally. Iraq has become an albatross for American forces. Russia has reemerged as a world power, supplying arms to America’s enemies. Hezbollah now controls Lebanon. Hamas overthrew the Gaza Strip. And Fatah is on the verge of collapse.

But without question, President Bush’s aggressive counterterrorism policies, particularly in the first few years after 9/11, helped prevent another spectacular terrorist attack from happening on American soil to date.

How comforting, then, it must be to maniacal terrorists whose war strategy is to torture and murder innocent civilians, to know that the new government in Washington is planning to roll back the Bush administration’s more aggressive stance against terrorism to a softer, ’90s-style approach to combating radical Islam. In the piece quoted above, Panetta defended the murderers that U.S. forces capture on the battlefield by saying, “[E]very individual has an inherent right to personal dignity, to justice, to freedom from cruel and unusual punishment.”

Terrorists, in other words, should have the exact same rights as any law-abiding American citizen. How radically different this line of thinking is compared to the outgoing administration!

Consider Obama’s support for last year’s Supreme Court decision in Boumediene v. Bush. The court’s decision, Matthew Continetti explained in the Weekly Standard, “ruled that non-citizens captured abroad and held in a military installation overseas … have the same constitutional right as U.S. citizens to challenge their detention in court. … Hence lawyers, judges, and left-wing interest groups will have real influence over the conduct of the war on terror” (June 23, 2008; emphasis mine throughout).

Obama called the high court’s ruling “an important step toward reestablishing our credibility as a nation.” His political opponent at the time, John McCain, called it “one of the worst decisions in the history of this country.”

Leon Panetta is not just someone the far left pressured Barack Obama into nominating. Obama chose Panetta because their approaches to fighting terrorism are identical. In Leon Panetta, the new president has found the perfect man to revert the cia back to the pre-9/11 law-enforcement style of fighting terrorists—treating attacks as individual criminal acts, rather than acts of war that all flow from the same source.

This signals a dangerous new direction for the United States in the war against terrorism.

“If confirmed by the Senate,” the New York Times wrote, “Mr. Panetta would take control of the agency most directly responsible for hunting senior leaders of al Qaeda around the world” (January 5).

Besides the military, Ralph Peters wrote, the intelligence community is the “most complex arm of government.” In settling on Panetta to head up the cia, Peters continued, we are “witnessing the initial costs of Obama’s career-long lack of interest in foreign policy, the military and intelligence. … Panetta’s appointment is a sop to the hard left, a signal that intelligence will be emasculated for the next four—or eight—years” (New York Post, January 7).

After first meeting with his senior working group on national security last June, Obama told a gathering of reporters that America was “less safe” because of the way George Bush has handled the war against terrorism. Obama said, “I have confidence that our system of justice and that our traditions of rule of law are strong enough to deal with terrorists.”

Such a blatant lack of understanding of the nature of America’s enemies—and the force necessary to defeat them—reflects a grave lack of will in the incoming U.S. administration. And victory in war only comes when the enemy’s will to fight is broken.

Indeed, such a lack of national will has been evident in America’s leadership for decades—reflected in the lack of decisive military victories ever since Vietnam. While the Bush administration did take action to defend America from terrorism, still it lacked the will to neutralize the prime source and supporter of terrorism in the world: Iran. Though President Bush made progress in curbing al Qaeda, Iranian-sponsored Islamist terrorism still thrives—be it in Pakistan, Afghanistan, Lebanon or elsewhere. In fact, the latest war in Gaza was essentially a war instigated by Iran against Israel and the West.

This lack of national will is a fulfillment of an end-time biblical prophecy that America—once the policeman of the world—would lose the pride in its power. In fact, God said He would break that pride—see Leviticus 26:19. As a result, the nation would be unable to win its wars, despite its strength (verse 20).

Under an Obama administration that will be even less robust in its foreign policy—as demonstrated by proposed policies and appointments—we are about to see a tragically weakened national pride crushed completely. Expect to see the end-time prophecies that foretell the downfall of America—as a result of rebellion against God—accelerate dramatically in the months ahead. Request a free copy of what was Herbert W. Armstrong’s most popular book, The United States and Britain in Prophecy, to learn the inspiring outcome of the punishment that is about to come on these nations.