The occult is more popular than ever—and just as dangerous. 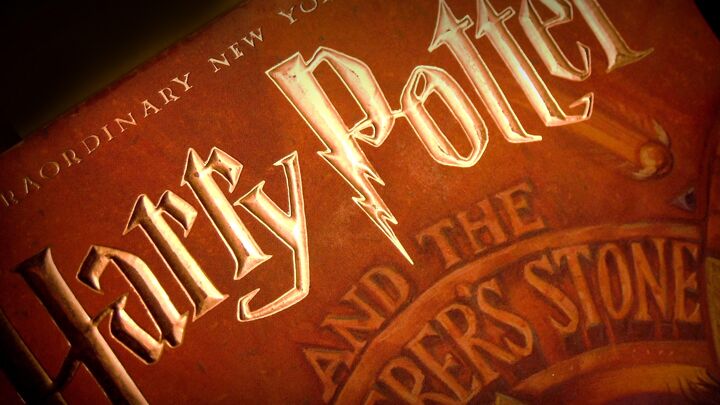 The occult is more popular than ever—and just as dangerous.

Harry Potter, the newest youth hero, is becoming an icon to teens and preteens around the world. This poor orphaned child’s kindness toward friends and his willingness to confront evil is endearing him to countless millions.

But, is that all there is to the story? Just a poor, downtrodden 11-year-old who becomes a hero?

Harry has “magical powers” he discovers while talking to a serpent (reminiscent of the story of Adam and Eve) on an outing with his oppressive aunt, uncle and cousin. This sets up the “Cinderella syndrome.” Harry is a victim of harsh, uncaring step parents, and the audience immediately sympathizes with him.

Soon he is invited to attend a school for wizards and witches. The spirit world and supernatural phenomena permeate every major scene of this film from this point on—and therein lies the problem.

Young minds are totally enthralled with a character for whom they have sympathy, concern, admiration and friendship. While worried about the safety of Harry, with whom they identify, a child is open to the concepts of magic presented throughout the story.

Children who used to go to the movies and watch Westerns developed an interest in becoming cowboys or Indians when they grew up. Others went to gangster movies and wanted to become policemen. Later, children saw space movies and dreamed of becoming astronauts.

What will they dream of becoming after watching the wizards and witches in this latest Warner Brothers blockbuster?

A child is born with a massive capacity to learn and begins to absorb information from the environment around him immediately. Children’s minds are like sponges. And, like sponges, children do not have the capacity to discern right from wrong. A sponge will soak up water the same way it will soak up an acid capable of destroying it. Children, when introduced to spiritism and wizardry, are unable to differentiate right from wrong.

Parents who argue that their preteen child can discern right from wrong would argue the opposite if that child was charged with a violent crime. The courts in the U.S. have known for years that children do not have the capacity to judge between right and wrong and, if they are honest, parents also know it.

Stories and movies of fantasy pose many potential dangers to children. They may create interest in occult subjects such as ouija boards, tarot cards, crystal balls or magic spells—or may lead to interest in Wicca, wizardry or demonism. Many terrible acts have been committed by children with demonic interests. These youngsters did not start out killing people. They started with curiosity in the occult, the same type of curiosity the viewers and readers of Harry Potter may develop.

Since the advent of Harry Potter, the inquiries to occult related organizations have skyrocketed. Many such associations have added a “youth” adviser to handle the increased interest from children.

The weakness and ineptitude of adults is a second theme presented by this movie that should be a cause of concern to parents. The main character, an 11-year-old, overcomes an evil adult villain when the other adults could not. Throughout the story, the children are the heroes while the adults are often presented as less brave, less skilled and ineffective. Even when the children break clear rules established by the adults, they are rewarded rather than corrected.

Children should be able to look up to adults as providers and protectors, but this story breaks down that image of adults. Instead, it shows the children as being better equipped to face the world. Not a healthy attitude for our children.

Another problem some fantasy stories create is the concept that all evil is fiction. In the lobbies of theaters, parents exiting the Harry Potter movie can be heard trying to explain to their children that the things seen are not real. While elements of Harry’s magical world are imaginary, evil is real and it can and has destroyed people’s lives.

In truth, there is an evil, demonic presence in this world: a devil called Satan and multiple thousands or millions of demons ready and eager to lead unsuspecting children down the wrong path.

The Creator of the universe warned about involvement with witchcraft and wizards in His Word, the Holy Bible. “There shall not be found among you any one that maketh his son or his daughter to pass through the fire, or that useth divination, or an observer of times, or an enchanter, or a witch, Or a charmer, or a consulter with familiar spirits, or a wizard, or a necromancer. For all that do these things are an abomination unto the Lord: and because of these abominations the Lord thy God doth drive them out from before thee” (Deut. 18:10-12).

Introducing our children to stories centered around themes of wizardry and divination goes against the Word of God and is wrong. Parents must take charge of their children, guiding and protecting them with a godly view of right and wrong. Say no to Harry Potter, and teach your children right from wrong according to God’s Word.