America and much of the rest of the world is in financial meltdown, and the prescriptions to stop it are failing. Here’s a solution guaranteed to work. 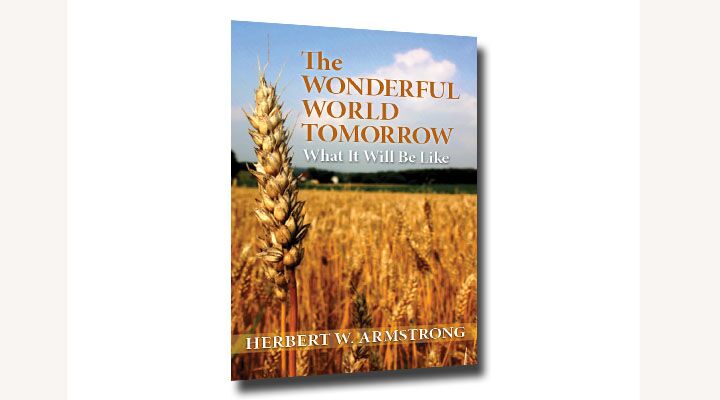 America and much of the rest of the world is in financial meltdown, and the prescriptions to stop it are failing. Here’s a solution guaranteed to work.

Is this economic crisis “the end of American capitalism?” a Washington Post headline asked.

“Since the 1930s, U.S. banks were the flagships of American economic might, and emulation by other nations of the fiercely free-market financial system in the United States was expected and encouraged,” the article read. “But the market turmoil that is draining the nation’s wealth and has upended Wall Street now threatens to put the banks at the heart of the U.S. financial system at least partly in the hands of the government” (Oct. 10, 2008).

Market purists are concerned. After all, the transfer of power from the free market to the government goes against everything the capitalist system is about. “Yet the administration may feel it has no choice,” the article continued. “Credit, the lifeblood of capitalism, ceased to flow. An economy based on the free market cannot function that way” (emphasis mine).

Credit is the lifeblood of America’s economy. The system is based on the ease with which one can borrow money. Standard & Poor’s says that because of the frozen credit market, 2009 could see as many as 125 more major companies default on their debts. Without credit, our economic system cannot function.

Government officials are scrambling to try to prevent that inevitability. But their prescriptions and plans are guaranteed to fail because they do not address the cause of the problem. In fact, their “solutions” contribute to the cause.

Here is a suggestion on how to fix our economy. It is radical, because it undermines the entire system. But it is guaranteed to work.

That’s right. Make it illegal to loan money with interest.

Why This Will Work

This prescription will solve the problem. It will heal many ills that wrack our economy and produce countless positive effects. The reason this solution will work is that it comes from the greatest economist who has ever lived.

The Bible mentions interest, or usury, 24 times, and every time, there is evidence that God doesn’t approve of it.

In Deuteronomy 23:19, as well as other places, He directly forbids it: “You shall not charge interest to your brother—interest on money or food or anything that is lent out at interest” (New King James Version).

The idea that usury refers only to exorbitant interest—that a little interest is okay—is also erroneous. Read Nehemiah 5, where God specifically condemns charging even 1 percent interest.

The only time God said it was okay to charge interest was when it was charged to foreigners (verse 20). That was His way of protecting the Israelites from being taken advantage of by foreigners, who, when they found out interest was illegal in Israel, would surely have gone hunting there for interest-free loans.

The moment it becomes profitable to help other people get into debt, then you have people actually encouraging others to get into debt!

Just look around. The American economy is built on it. Credit card offers, mortgages and refinancing plans, buy-now-pay-later schemes, “Bad credit? No problem!” television commercials—our culture is utterly saturated with debt-oriented thinking. If you don’t have the money for something, you just buy it on time payment. You don’t have to wait for anything—you can have it all now!

Right at the root of the current economic crisis were lenders giving home loans to people who couldn’t afford them. In our society, there is absolutely no shame in living under a mountain of debt. Everyone does it. Everyone accepts it. The worst offender of all is the American government, which is buried under an incomprehensible $10 trillion in debt. (Of course, America is paying usury on all that, a line item that sucks up an increasingly ridiculous percentage of our tax dollars.)

The Benefits of Keeping This Law

The availability of easy credit teaches self-indulgence and financial irresponsibility. It puts people in debt, which is a form of slavery, and it leads to financial ruin.

Criminalizing usury would teach the value in financial discipline, patience, self-control and hard work. In the long run, it would do much to increase individual and family wealth.

Consider. If you take out a mortgage to buy a $150,000 house, chances are you are going to end up paying $300,000 or more for that house. That’s $150,000 going into the hands of a banker—$150,000 that would have been put to far better use by you and your family. It could have gone toward your retirement, or your children’s inheritance.

In a non-usury-based system such as God commands, you would have to wait longer for that house. But when you did buy it—with cash—that additional $150,000 could remain in your family. As a result, wealth within families would increase.

Interest always tends to take money from the poor and give it to the rich. This increases the economic disparity between these two groups, which creates other social problems. In a Bible-based economy, loans are actually a form of welfare, given to benefit the poor, not the rich.

In our system today, the whole banking industry is built on usury. People lend money to banks so they can receive interest, and the banks lend that money to other people at even higher interest rates. By outlawing usury, God’s law effectively eliminates much of the power associated with money today. It removes the means for the few to make enormous fortunes off the backs of the many.

Outlawing interest would eliminate many hidden costs in the economy, including inflation and the loss of purchasing power of a currency. That $150,000 house would likely be far less expensive in a non-usury-based economy.

A Law Still in Effect

Most people reject God’s laws. Many try to convince themselves that those laws are not binding on us today. They reason that those laws were dreamed up by an unsophisticated, ancient desert people.

Wrong. The truth is that they came from the Almighty Creator. His understanding of law—governing all aspects of physics, biology and chemistry, of health, of human relations, family, government, religion and international relations, as well as of economics—makes the most brilliant minds in our world today look like children. He designed a perfect economic system, and all you have to do in order to make it work is follow His law.

The top financial experts in this world are so arrogant that they would ridicule that system. But the fact is, they are suffering, and they are losing billions of dollars, and many are unemployed today, because they have broken God’s financial laws.

God’s law would prevent anything like this financial meltdown from ever happening. It is a law based on the way of give and love.

Herbert W. Armstrong studied God’s financial laws as spelled out in the Bible, of which the forbidding of usury is only one. In his book Mystery of the Ages, he described how these laws will be implemented worldwide when God sets up His Kingdom on Earth: “A fixed [monetary] standard will be set up, and values will never change.

“No more speculating or gambling on other people’s ability.

“In God’s abundant government people will buy only what they need, when they can afford it, when they have the cash to pay for it. No more interest. And no more taxes. … But the tithing system will be universal.”

Yes—this economic system is about to be established worldwide. Once it is, no one will ever again make money off someone else’s debt. What a wonderful world that will be.

To learn more about God’s plan to care for the needy and reduce poverty, to expand individual wealth and create universal prosperity, request a free copy of Mr. Armstrong’s masterwork, The Wonderful World Tomorrow—What It Will Be Like.