What started as an attempt to help low-income minorities ended up hurting them—and pushing America to the brink of financial ruin. 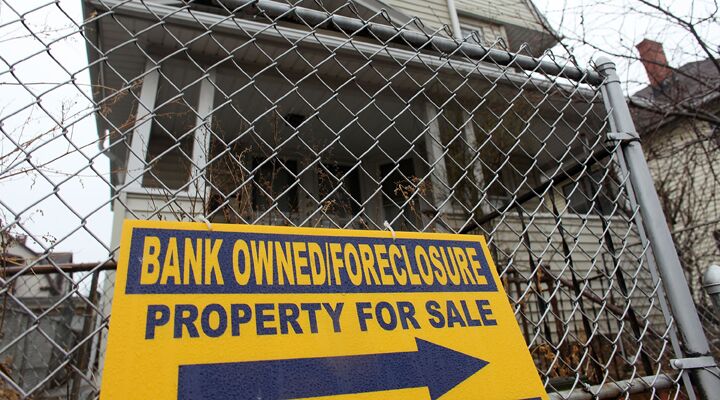 What started as an attempt to help low-income minorities ended up hurting them—and pushing America to the brink of financial ruin.

While there’s plenty of blame to go around for America’s mortgage meltdown, one cause that few are talking about is the hazardous lending practices the federal government actually encouraged throughout the 1990s in order to placate activists who criticized mortgage lenders for discriminating against minorities.

In 1992, for example, the Federal Reserve Board released the results of a study that found, among other things, that blacks were twice as likely as whites to be denied mortgages. The chairman of Freddie Mac said the study was “very disturbing.” He concluded, “It is incumbent upon the industry to work together to eliminate any discriminatory lending practices, whether they are deliberate or inadvertent” (Washington Post, Oct. 28, 2008). The chairman of Fannie Mae expressed similar concerns.

On Capitol Hill, Rep. Kweisi Mfume, a Democrat from Maryland, said the study proved that lending agencies were racist. “People are being discriminated against by mortgage lenders based on the color of their skin,” he said. “Banks have a long way to go for meeting the legitimate needs of neighborhoods” (Reuters, May 8, 1992).

Liberal activists were angry too. One representative of acorn—an association of community organizations for low-income people—said, “Once again we are presented with overwhelming evidence that discrimination is alive and well in our banking system.” She asked, “What is the government going to do about it?” (Washington Post, op. cit.).

As it turns out, the government did a whole lot. But instead of concentrating on any individual instances of credit-worthy minorities being discriminated against, it enforced sweeping policies designed to arm-twist banks into making loans available to practically anyone—even those with horrible credit ratings. As the New York Times reported in 1993, “Shamed and embarrassed by their poor lending records, mortgage lenders are finally opening their doors a little wider to poor people and members of minority groups seeking home loans.” Later in the article, the Times wrote, “Many lenders have a second review process in which applications from minority-group members that are denied are looked at a second time by superiors, who are charged with finding a way to approve the loan” (Aug. 30, 1993, emphasis mine throughout).

In 1994, Fannie Mae—at the time, America’s largest source of mortgage money—announced that it would commit $1 trillion to help finance 10 million homes for low-income families before the end of the 1990s. That “investment,” the Christian Science Monitor reported, was “the largest commitment ever made by a public or private corporation” (April 6, 1994).

Besides pumping trillions of dollars into low-income housing programs, the government aggressively went after banks it considered to be discriminatory. “The Clinton administration,” the Economist reported on Aug. 30, 1997, “clearly smells racism in the lending process.” According to the article, the Department of Justice’s “tough enforcement of anti-discrimination laws” prompted lending institutions to fight back in order to clear their names. Banks defended themselves by pointing to the sharp increase in black homeownership. Indeed, a number of banks were putting themselves at great risk, the article pointed out, by making loans to minority applicants with dodgy credit ratings.

By the end of President Clinton’s administration, many of his supporters viewed his radical reforms within the lending community as one of his great accomplishments. The New York Times praised him for making “homeownership among minorities a priority” (Nov. 14, 1999). The Los Angeles Times called it “one of the hidden success stories of the Clinton era.” According to the L.A. Times, “In the great housing boom of the 1990s, black and Latino homeownership has surged to the highest level ever recorded. The number of African Americans owning their own home is now increasing nearly three times as fast as the number of whites; the number of Latino homeowners is growing nearly five times as fast as that of whites” (May 31, 1999).

Not surprisingly, the housing market enjoyed explosive growth during the last half of the 1990s and the first few years of this decade. And with practically everyone approved for a mortgage, the demand for homes skyrocketed, which simultaneously drove real-estate prices sky high. And as long as home prices rose, everyone felt secure inside the temporary bubble of prosperity. Lending institutions made money hand over fist by accumulating new loans and then reselling them to Fannie Mae and Freddie Mac. They, in turn, made huge profits by bundling their loans into securities and selling them on the bond market.

Irresponsible homeowners were happy too—even if victimized by predatory lenders who lured them into the scam with “subprime” loans that seemed reasonable up front, but later ballooned into huge payments, loaded with interest. For banks, it was worth the foreclosure risk as long as the housing market surged. And for the delirious buyers, it made sense too. Even if they couldn’t make their payments, they could at least sell their homes for a profit—or perhaps take out a second mortgage on the home’s appreciation in value.

Even those with good credit wanted a piece of the real-estate pie. In hopes of building equity in the overheated market, many hurriedly upgraded their living arrangement or purchased a second home before prices skyrocketed further. Those who stayed put could also get in on the action by seeking a line of credit or a second mortgage in order to remodel the house or buy a boat.

During the carnival-like joyride, a few politicians, economists and journalists sounded the alarm. We certainly did. But no one listened.

And so, the disease continued to spread.

In March 2000, fresh off his $1 trillion commitment to low-income homeownership during the 1990s, Fannie Mae Chairman Franklin D. Raines pledged $2 trillion in loans for minorities, single moms, new immigrants and, according to the Washington Post, “other undeserved consumers” (March 16, 2000).

Everyone deserved a house!

According to the Post, Raines said it would be a “stretch” for Fannie Mae to meet its $2 trillion goal, but by developing “new, more flexible ways to assess the creditworthiness of borrowers, especially those who have had troubled credit histories,” he felt good about its chances.

As challenging as it was to dole out that many more bad loans, Fannie Mae managed to pull it off! It did so by removing the few remaining credit requirements that had survived the 1990s. Even the leftist New York Times foresaw a potentially catastrophic end to such reckless, government-regulated deregulation. “In moving, even tentatively, into this new area of lending,” the Times warned toward the end of 1999, “Fannie Mae is taking on significantly more risk, which may not pose any difficulties during flush economic times. But the government-subsidized corporation may run into trouble in an economic downturn, prompting a government rescue similar to that of the savings and loan industry in the 1980s” (Sept. 30, 1999).

Now that the housing bubble has popped, commentators, economists, academics, activists and especially politicians have laid blame on just about anything and everyone—government deregulation, greed on Wall Street, “golden parachutes” for ceos to bail out of failing companies, President Bush’s bad economic policies, Democrats like Barney Frank who assured Americans a few years ago that Fannie Mae and Freddie Mac were not facing a financial crisis, Republicans who warned of a financial meltdown at that same time but who failed to take any meaningful action at a time when they controlled Congress and the White House—and on and on it goes.

To be sure, there’s plenty of blame to go around. But if you want to talk about root causes of the financial crisis, a conversational centerpiece has to be political correctness run amok. The seemingly noble idea of removing even the most basic mortgage underwriting standards in order to dramatically increase the chances of minority homeownership—not to mention loans for single moms, new immigrants, etc.—resulted in the biggest housing bubble in history.

Now, after shattering the entire mortgage and lending industry after just 15 years, the housing collapse is dragging the U.S. economy—and perhaps the entire global financial system—down with it.