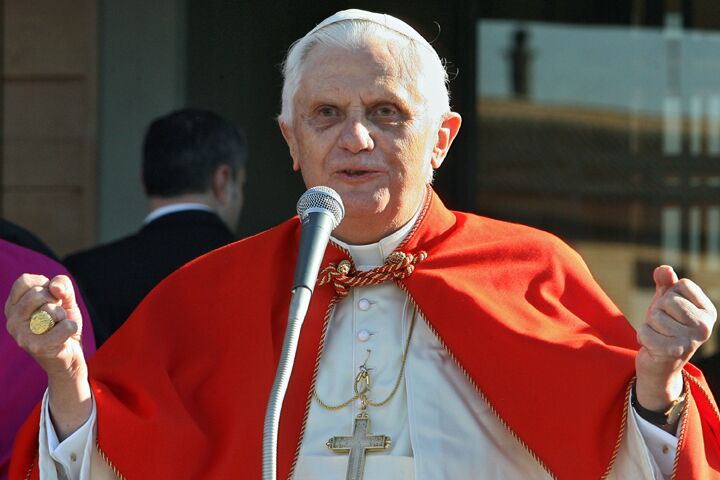 The Catholic Church wants Sunday observance enshrined in EU law. The European Parliament is debating changes to its Working Time Directive. The Vatican wants a clause in this law that would force every citizen in the European Union to rest on Sunday.

A hideously socialist piece of legislation, the Working Time Directive currently makes it illegal for those working, with some exceptions, in the EU to work for more than 48 hours a week. Workers in the UK are currently allowed to opt out of its provisions.

The bill is being revised. During the second reading, in October, seven Members of the European Parliament tabled an amendment saying that the minimum rest period “shall in principle include Sunday.” The Brussels-based Commission of the Bishops’ Conferences of the European Community (comece) agrees, recommending the directive should say “the minimal weekly rest must include Sunday.”

The amendment stated, “The likelihood of sickness in companies that require staff to work on Sundays is greater than in companies that do not require staff to work on Sundays. The health of workers depends, among other factors, on their opportunities to reconcile work and family life, to establish and maintain social ties and to pursue their spiritual needs. Sunday, as the traditional weekly rest day, contributes to these objectives more than any other day of the week.”

The amendment never went to vote, drawing criticism from Catholic bishops across Europe. Piotr Mazurkiewicz, secretary general of comece, was incensed. The protection of Sunday, he said, “is a cornerstone of the European social model and an issue of central importance for workers and their families.”

The Working Time Directive will be discussed once more in December, and Europe’s Catholic bishops want this issue brought up.

The pope has been a strong advocate of the revival of Sunday keeping. “Without Sunday [worship] we cannot live!” Pope Benedictxvi declared during a mass on September 9 last year, stating that it was a “necessity” for all people.

The prospect of a European government so powerful that it could declare one specific day a day of rest is a frightening one. This would be an EU willing and able to enforce lifestyle changes on its subjects, whether they liked it or not. It would be a Europe that enforced a state religion—Catholicism. The enforcement of Sunday worship will be the mark of a powerful, Vatican-allied, European superpower.

For more information, see our article “The Pope Trumpets Sunday”