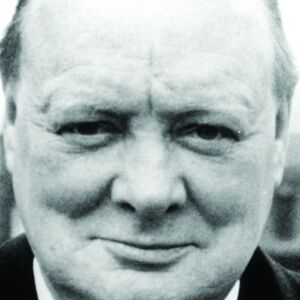 Too few Americans understand the kind of leadership needed to deal with Islamic terrorism.

Most Americans don’t understand how dangerous the war against terrorism really is. Nor do they comprehend the kind of leadership needed to conquer such a deadly enemy. It is a kind of war we have never fought before.

John Fisher led the British Admiralty for several years. He retired in 1910. Winston Churchill called him back into service when World War i started in 1914. Churchill knew that Fisher was a great warrior who had helped build the British Empire. He taught Churchill many lessons.

John Fisher wrote his memoirs in two books, titled Memories and Records. First of all he had a strong belief in God. He often quoted scriptures in these two books.

Fisher wrote, “Goschen was right (when first lord of the Admiralty); he quoted that old Athenian admiral who, when asked what governed a sea battle, replied, ‘Providence,’ and then with emphasis he added: ‘and a good admiral.’”

Fisher knew naval warfare as few men ever did in British history. In 1905, he predicted that Germany would start a war in August 1914! And it did. He had practical reasons for his prophecy, which I won’t go into in this article. The point is, he knew warfare extremely well.

Here is what he wrote about war (small caps emphasis mine throughout):

I largely agree with all you say about the politicians. No doubt our great handicap in this war is that nearly all the party leaders get their positions through qualities which serve them admirably in peace time, but are fatal in war. The great art in politics in recent years has always seemed to me to be to pretend to lead, when you are really following the public bent of the moment. All sense of right and wrong is blunted, and no one stands up for what he honestly believes in but which may not at the moment be popular. If he does, he is regarded as a fool, and a “waster,” and may get out. A habit of mind is thus formed which is wholly wanting in initiative, and in war the initiative is everything. I agree with you absolutely: “Make up your mind, and strike! and strike hard and without mercy.”

In time, the terrorist Muslims must win, because only they have courage enough to take the initiative.

Who is in charge of the war? Politicians and statesmen. Not warriors like Fisher who have real trust in God.

Do we even have such warriors anymore?

For war, my dear friend, you want a totally differently constituted mind to that of a statesman and politician! …War is big conceptions and quick decisions. Think in oceans. Shoot at sight! The essence of war is violence. Moderation in war is imbecility. All we have done this war is to imitate the Germans! We have neither been Napoleonic in audacity nor Cromwellian in thoroughness nor Nelsonic in execution. Always, always, always “too late”!

The big problem is America and Israel are fighting their terrorist wars in moderation! We are going to wake up to that fact “too late”—if we don’t put our faith in God!

Fisher wrote, “Mahan truly says: ‘The assumption of a simple defensive in war is ruin. War, once declared, must be waged offensively, aggressively. The enemy must not be fended off, but smitten down. You may then spare him every exaction, relinquish every gain. But till down he must be struck incessantly and remorselessly.’”

Our war on terrorism is a defensive war—and “a simple defensive in war is ruin.” The way we are fighting terrorism leads to catastrophe!

Do we dare ignore one of the great warriors of our recent past? His war spirit helped build the greatest empire this world has ever known. A lack of that same will and spirit, such as America exhibits today, always leads to disaster.

Whoever hits soonest and oftenest will win!”The effectiveness of a fighting weapon,” wrote Mahan, “consists more in the method of its use and in the practiced skill of the human element that wields it than in the material perfection of the weapon itself. The sequel of a long period of peace is a demoralization of ideals. Those who rise in peace are men of formality and routine, cautious, inoffensive, safe up to the limits of their capacity, supremely conscientious, punctilious about everything but what is essential, yet void altogether of initiative, impulse and originality.”This was the difference between Hawke and Matthews. Hawke represented the spirit of war, the ardor, the swift initiative, the readiness of resource, the impatience of prescription and routine, without which no great things are done! Matthews, the spirit of peace, the very reverse of all this!”

We need a warrior who knows that we cannot win without God’s help. A man of action. But where is such a war leader today?

The greatest naval leader Britain ever had was Lord Nelson. But he was hated by many in his own nation. Why? Because he practiced what was necessary to win wars!

John Fisher had this to say about him: “It was not ‘victory’ that Nelson ever desired. It was ‘annihilation’!”

We deceive ourselves today because we talk about “victories” against terrorists. But there is no winning this war until we annihilate our real terrorist enemies! That includes the terrorist-sponsoring nations.

There is a solution. But will we learn soon enough? We need real faith in God. But in this area also, most of our people have deceived themselves.

John Fisher had a miracle-working faith. Here is what he said:

When I was at Bath I read in the local paper a beautiful letter aptly alluding to the Mount Fiesole of Bath and quoting what has been termed that mysterious verse of David’s: “I will lift up mine eyes unto the hills.”Well! the other day a great friend of that wonderful Hebrew scholar, Dr. Ginsburg—he died long since at Capri—told me that Ginsburg had said to him that all the revisers and translators had missed a peculiar Hebraism which quite alters the signification of this opening verse of the 121st Psalm: It should read: “‘Shall I lift up mine eyes to those hills? Doth my help come from thence?”And this is the explanation:Those hills alluded to were the hills in which were the groves planted in honor of the idols toward which Israel had strayed. So in the second verse the inspired tongue says:”No! My help cometh from the Lord! He who hath made Heaven and Earth! (not these idols).”

(Write for our free booklet History and Prophecy of the Middle East.)

There is no shortage of help. All we have to do is turn to the God who created heaven and Earth. Whether we learn this lesson now or later, this is how terrorism is soon to be destroyed forever. But we could eliminate the worst suffering ever if we responded to the warning now.