Beautiful proof of a Creator 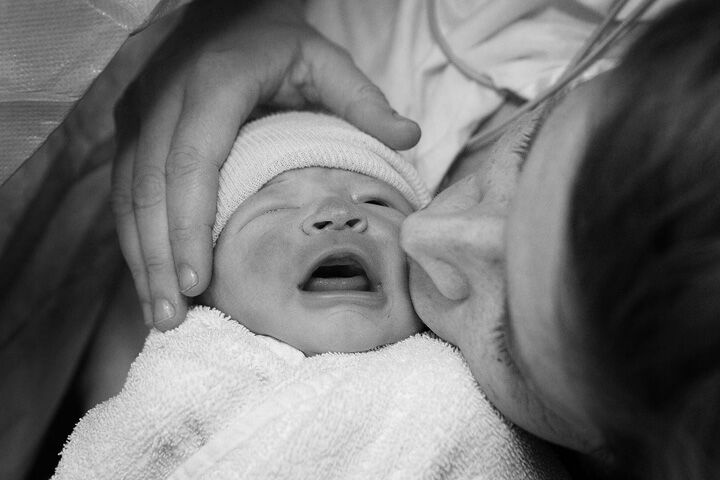 Beautiful proof of a Creator

I’ve just witnessed the birth of my eighth grandchild.

It was a textbook birth, naturally delivered in the home, with father and three dedicated midwives in attendance. The sheer exhilaration of hearing that little girl’s first cries cannot be compared with any other experience. The joy in the eyes of the mother upon receiving that tiny squirming bundle of life into her arms after the dedicated care and nourishment in the womb for nine long months is a wonder to behold.

Having spent most of my life disproving the theory of evolution and collecting the overwhelming evidence of the existence of Almighty God, all of this academic proof seems superfluous after having viewed, yet again, the miracle of human birth.

At a different level, everywhere you look in creation, new life is literally bursting into the open. One step below the human level, animal reproduction is, in itself, a perpetual seasonal reminder of the great Creator who set the cycles in motion that yield fresh new life each year. My most immediate acquaintance with the process of animal reproduction is with horses. Having attended a number of mares in foal and helped raise their progeny from birth to weaning and beyond, I am still in awe of the basic, unerring instincts and the totally reliable cycle of life that produces a fine bred animal ready for training at the hand of man to become his loyal servant.

These animals possess a tremendous capacity to learn behaviors and habits through training. But though they have an excellent brain, they have no mind. Animals cannot conceptualize, they cannot convert symbols into language, they cannot think, dream, envision, create. At the physical level, only the human mind possesses such power.

That is why the birth of a new human being is a wonder far and above that of the animal, possessing a potential so vast, if we were only to comprehend it, that it is capable of achieving anything it can imagine (Genesis 11:6).

The horror of the day is just how cheapened this miracle of human birth has become at the hands of man.

Recently, while watching the news from Europe, a report came through on the sentencing of a woman in Germany who had willingly slaughtered nine of her babies over a 16-year period and buried them in flowerpots on her balcony. That’s hard to wrap your mind around. Yet that is but one instance among so many we see in the nightly parade of horrors on television news that illustrates what Robert Burns once referred to as “man’s inhumanity to man.”

And as we watch, we can become so hardened to it all.

The sheer wickedness and the depravity that spawn the regimes that dot the world for which human life is counted as next to nothing (except the lives of the murderous perpetrators of human slaughter) boggle the minds of the truly civilized. Yet the civilized, caught in the grip of the politically correct appeasing mindset so rampant in Western society today, seem entirely too content in allowing such regimes to flourish and continue to wreak their carnage.

Modern China, Mugabe’s Zimbabwe, the butchers of Darfur, the Congo—these are but latter-day types of the old crooked, murderous regimes of Mao and Pol Pot, not to mention their even earlier mentors, Lenin, Stalin and Hitler.

Then there is the bloody history of one of the most murderous of empires, the Holy Roman Empire, with its perpetual resurrections and declines, wading through a sea of blood for over 1,500 years in an effort to convert the world to its universal, imperialist doctrine. Go back in history even further and we see how the sacrifice of new little lives on altars of blood and fire was endemic to so many ancient pagan cultures.

Given all this wretched history, still the civilized world is willing to kowtow to China and, compromising any “humane” convictions, merely slap the nation on the wrist rather than risk insulting it. China’s value for propping up the global economy is apparently too great to consider giving it any ringing condemnation or worthy penalty for its grossly overt inhumane acts.

How cheap human life has become on this weary old planet; how useless our great institutions in stemming the tide of human carnage.

That’s what’s so refreshing about experiencing the birth of just one new human life into a warm, caring and loving family who will cherish it, nourish it—the parents willing to endure the pain for the gain of training up a child in the way that she should go (Proverbs 22:6)—that she become a responsible member of society, reaching for the stars and beyond, reaching out to the fulfillment of her God-ordained destiny, her incredible human potential!

Oh! What a joy is the birth of such a little one, given the revelation as to the very reason for its birth and the incredible human potential that awaits it!

Request a free copy of The Incredible Human Potential for a glimpse of the true vision of the God-given destiny of each and every human being who has ever lived … and died—yet to be born again!