A look at a nation so familiar with danger, it can’t even see it. 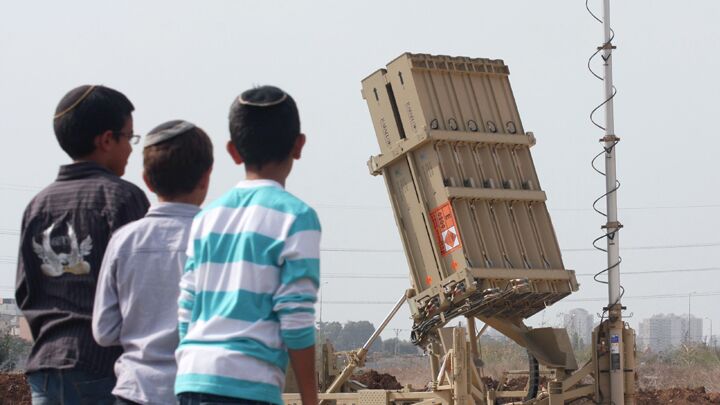 A look at a nation so familiar with danger, it can’t even see it.

Have you heard of the Republic of Lakota? According to a group of Sioux Indians, it is a sovereign nation—within the territorial United States, including parts of Montana, North Dakota, South Dakota, Wyoming and Nebraska. They have appealed to foreign nations to recognize their independence from the U.S. So far, they’re out of luck.

Most of us haven’t even heard of the Lakota nation. If we had to quantify our level of concern that we’ll ever see the Republic of Lakota on a future National Geographic map, it would probably fall somewhere between “insignificant” and “punch line.”

But let’s think about this. After all, last September, the United Nations adopted a non-binding declaration on the rights of indigenous people that some believe bolsters the Lakotas’ legal case. For that matter, Kosovo, a chunk of Serbia, declared independence in February—and it managed to get several nations, including the U.S., to accept the idea.

So let’s just briefly imagine a similar scenario playing out in America. It’s a stretch, but stay with me. There’s a point to this.

Imagine the UN passing several declarations establishing the Lakotas’ historical and legal claim to their own nation. Indians nationwide immigrate there to take it over demographically. Many whites move out, and soon the Lakota nation becomes something of a de facto state of its own.

Under heavy international pressure, the U.S. government decides that, in the interest of keeping peace, it is best to relinquish control of the area. It encourages whites to leave—and finally undertakes to forcibly remove those who insist on staying.

Most Americans are upset by this turn of events, but then the situation turns seriously dangerous. Reports of terrorists smuggling weapons into the Lakota nation are confirmed when rockets begin to descend on U.S. cities—Omaha, then Sioux Falls, then Denver. The government responds with a degree of force—and is roundly condemned by other nations for doing so—but the rockets keep coming.

Imagine further if immigrants, both legal and illegal, begin to demand that the U.S. give up an enormous chunk of the Southwest—the entirety of California, Nevada, Arizona, New Mexico and Texas—to form a new independent nation. We’ll call it Mexifornia, to use Victor Davis Hanson’s term. Imagine non-whites, most of whom don’t speak English, becoming the heavy majority. They form their own schools, and the curriculum includes virulent anti-white propaganda. A small but growing percentage of the immigrants begin to grow violent, staging increasingly brutal riots in U.S. cities bordering the Mexifornia region.

Imagine, over time, civil unrest and terrorist attacks becoming somewhat common all across America. Tussles in the streets—a bombing on a subway, in a deli, at a dance club. Local police forces are overwhelmed. A general, growing sense of dread and hopelessness spreads.

And still, imagine the news continuing to report ongoing rocket attacks on U.S. cities. Virtually everyone in the country has been personally affected: a family member or acquaintance has experienced a missile attack or personally participated in a military strike against the secessionists.

Imagine if every time Washington takes action to protect Americans by retaliating against the terrorist perpetrators, it is accused by the UN and the international press of escalating the violence and destroying any chance of peace.

Imagine, then, the Mexican president saying he intends to wipe the U.S. off the map. Meanwhile he is robustly pursuing a nuclear program—a program that could easily produce nuclear weapons that would enable him to fulfill his pledge.

And so on. You get the picture.

This scenario is improbable to the point of being ridiculous. Except that, as you’ve surely realized by now, we’re not really talking about the Republic of Lakota, or the United States.

We’re talking about the Jewish state of Israel.

In that nation, something very close to what we’ve just imagined is reality.

Israel is, in many ways, the UN’s top enemy, the subject of almost continuous reprimand and censure. International pressure on Israel to turn the other cheek to terrorist violence and to relinquish territory it won in fundamentally defensive wars against Arab aggression is immense. Not long after Israel withdrew from the Gaza Strip, the terrorist group Hamas took over and has since launched thousands of rocket attacks at Israeli civilian population centers. The loss of the West Bank to Israel would be comparable to the loss of our fictional, five-state Mexifornia to the U.S.—yet it too is on the table for discussion.

Our scenario above didn’t even address the fact that Israel faces the Iranian-backed terrorist group Hezbollah on its border with Lebanon, Syria on its northern border, and an increasingly radical Egypt on its southern border—in addition to Iran itself, whose president has vowed to wipe it off the map, not far to its east.

The Jewish state is on a permanent war footing, with a mandatory draft and an enormous military (proportionally speaking, just as I described above in U.S. terms). The rifle-toting soldiers are everywhere, as are the security guards by the restaurants.

To Israelis, most of these things are practically invisible. For this American writer, however, walking the streets of Jerusalem for a week revealed a myriad of signs of the edginess—and in some cases, the weariness—of a people under attack. The nation’s parting sentiments were the layers of security I had to pass through just to get on the plane home: I counted nine of them, including a detailed 28-minute interrogation.

The perils Israel faces are very real and very serious. If comparable crises prevailed in the United States, the effect on the nation would be devastating.

For the Jewish state, however, war has been a way of life since it was born nearly 60 years ago. The Jews don’t fear confrontation. In many ways they seem to embrace it.

Their familiarity with danger, however, has a major downside.

The Jews have survived so many life-threatening situations—and not just in the wars Israel has endured as a state, but throughout the history of this oft-maligned and downtrodden people—that there seems to be a sense of inevitability about their surviving whatever the future may bring as well.

Yes, there is the war-weariness, infamously articulated by Ehud Olmert in his “We are tired of fighting, we are tired of winning” comment. But coupled with that is the assumption that even if the Jews give away land, cave in to international pressure, negotiate with terrorists, botch a war, carve off chunks of their capital city, wildly alter their strategy against the enemy from week to week or even day to day—somehow they will still come out okay in the end.

And when evidence to the contrary mounts, that just means they need to think harder. Surely the solution is within reach.

Many of Israel’s best thinkers are at work on the problem, and proposed solutions are proliferating. Annex the West Bank to Jordan. Encourage Jewish emigration. Improve Israel’s international PR. Quadruple the size of Jerusalem. Build an airport and a highway loop to attract businessmen. Drive electric cars to reduce dependency on Muslim oil exporters. Promote women’s rights in Muslim countries. Throw the prime minister in jail. Do this or do that, and we’ll be fine.

At a February conference in Jerusalem pondering these possibilities, Shlomo Amar, the chief Sephardi rabbi of Israel, made a telling comment. He asked, “Where is the joy in Jerusalem the City of God?” Today, truly, it is a city existing under a black pall of crises, a city of friction, of anger, of fear.

It is a marked contrast to the prophecy in the book of Zechariah—perhaps Rabbi Amar was alluding to it—of a time when Jerusalem will be a picture of joy, its streets full of boys and girls playing, with old men and women looking on contentedly.

Jerusalem, the rabbi said, “is the core, the spring, the fountain of our lives. From there we derive our strength.” He then spoke of the Jews having been driven out of Jerusalem and scattered among the nations for millennia. But, he said, “Two thousand years of exile and murder could not erase Jerusalem from the hearts of the Jews. Jerusalem has never ceased to be the first thing in our prayers, our expectations, our hopes. It was always our highest wish.”

Such steadfastness is a wonderful quality. But that is not the most important point to draw from the history of which Rabbi Amar spoke.

That history begs some penetrating questions. Why were the Jews exiled? Why were they driven out, never to return until 1948? Why did God allow the very City of God to be trampled and the Jews to be decimated and scattered? It wasn’t because of a lack of ingenuity. And it is utterly naive to think that such a disaster couldn’t happen again.

The signs are everywhere that it will, and soon.