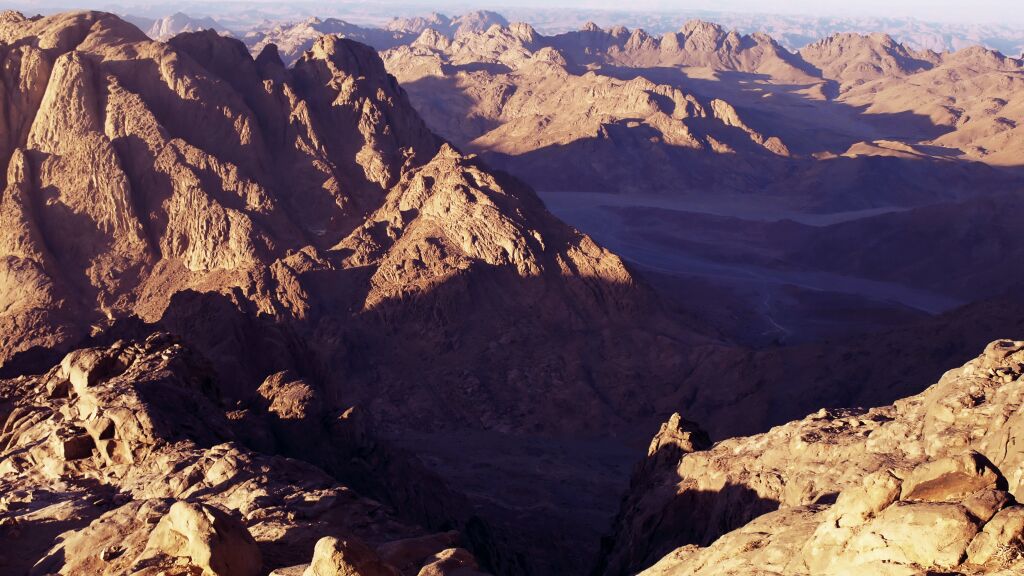 On the eve of Yom Kippur, 1994, in Ma’ariv, an Israeli newspaper, Shmuel Schnitzer lamented, “For the first time in 2,000 years, we are preparing to deny our historical rights, both the divine promise and in terms of referring to the land by the name of its people, ‘The Land of Israel’—a land which belongs to the children of Israel, from then and to eternity….

“We are a generation that is betraying its forefathers, their faith, and their sacrifice. We are now engaged in tearing out the heart of the land from ourselves, undercutting everything which we nurtured.

“An entirely new Jewish people is being created before our very eyes. A nation which doesn’t belong to its land, which doesn’t continue the past, which will inherit nothing, and is promised nothing. The Bible is no longer our calling card. It’s a mere historical curiosity.”

He is writing about a lost vision. It is a serious problem that afflicts the American and British people as well. Without this vision, nations perish! (Prov. 29:18).

When World War ii ended, there were many Jewish refugees with no place to call home. Most of the world became sympathetic to these Jews.

After a bitter struggle in the United Nations, on May 14, 1948, Israel (biblical Judah) was declared a state. The Palestinians, supported by five Arab armies, attacked immediately.

The Jews had no real army. They were losing the war after three weeks. Then the Arabs strangely called for a temporary truce. This is exactly what Israel needed to re-arm and train their weary troops—many of them civilians who carried guns.

Shortly thereafter the Arabs started fighting again. This time the Jews were well prepared and soon won the war. It was a miracle from God. Many Jews acknowledged that fact. They were to experience many miracles in the following years.

The Jews were determined fighters. This was their first sovereign nation in 2,000 years. Only death could make them surrender their new and only homeland.

There continued to be many problems between the Jews and Arabs. The problems became so intense in 1967 that almost every nation in the world believed the Arabs were about to attack Israel again. The Soviet Union was strongly urging Egypt to attack. Egyptian troops poured into the Sinai and ordered the UN forces out. War seemed imminent.

Egypt, Jordan and Syria were allied to start a war. So the Jews felt compelled to strike first.

Jewish war planes flew into Egypt and destroyed 300 Egyptian combat fighters in three hours. The Jews captured all of the Sinai, the Suez Canal, East Jerusalem, the West Bank and the Golan Heights in just six days.

Again, a series of miracles by God saved the Jewish nation. This event was also prophesied. (Write for our free booklet Jerusalem in Prophecy.) Tourists began to pour into Israel. The Jewish state became prosperous and complacent. The Jews were lulled into a false sense of security.

In late 1973, the Jewish military ignored serious intelligence reports that the Arabs were again going to attack. The attack occurred on October 6—during the Jewish holiday of Yom Kippur.

The Jews won the war in three weeks, with much aid from the Americans. Egypt was beaten, but not humiliated. Once again Israel was miraculously saved.

Menachem Begin was elected prime minister in 1977. President Carter persuaded him to give the Sinai back to Egypt in the late 1970s.

This was the beginning of the Israeli-Arab peace pact. The Jews gave up land for a piece of paper.

When the Jews gave the Sinai back to Egypt, that probably included Mount Sinai, where God gave the Ten Commandments to Moses. This fiery mountain spectacle gave birth to the nation of Israel! The Sinai area was where the children of Israel wandered for 40 years, as they rebelled against God’s law.

Biblical Judah, or today’s Jewish state, is only a small part of the modern descendants of ancient Israel. America and the British people are also Israel. The United States and Britain were both instrumental in pressuring the Jews to give the Sinai back to Egypt, even though our ancestry was also a part of Israel when God’s law was given on Mount Sinai.

The nations of Judah, Ephraim (Britain) and Manasseh (U.S.)—their Bible names—are prophesied to be conquered together just before Christ returns (Hos. 5:5). So the Jewish nation had to be established by God for that prophecy to be fulfilled. A miracle by God had to be performed.

Why are these three nations in such serious trouble today? Giving the Sinai back to Egypt is at the heart of their problems!

If God were to give me the Sinai, I would never give it back unless God commanded it—which, I’m quite sure, He never would. The whole world could not influence or force me to do so.

Those three nations are looking to men for peace and not to the great God of Mount Sinai. Their history with God is virtually meaningless!

No other nation on this Earth was ever chosen as God’s people—chosen not as a favorite people, but to lead the world to God. Israel has failed God miserably—anciently and today. Soon God will punish them as never before. We talk a lot about God, but we don’t believe and obey Him. That is the real source of all our problems today. The nations of Israel are going to fall because of that faithlessness.

The Jewish nation was born and sustained by godly miracles. But they still refuse to trust God!

In our message today, we must tell Judah, America and Britain the real cause of their serious problems. It is their only hope of survival!

God gave Bethlehem—the birthplace of Christ—to the Jews. In the midst of the “peace” process, they gave it to the Palestinians.

They rejected and crucified Christ almost 2,000 years ago. They still reject Him today. But then so do most of those people who profess to be Christians.

The Jews have given back many other biblical sites to the Arabs. America and Britain have strongly urged them to do so. We fail to realize that such a lack of faith is why all the adults of ancient Israel had to die in the Sinai wilderness.

We continue to make the same mistake our forefathers made. And unless we repent, we will have the same tragic end!