This particular job description of the parent has eternal effects! 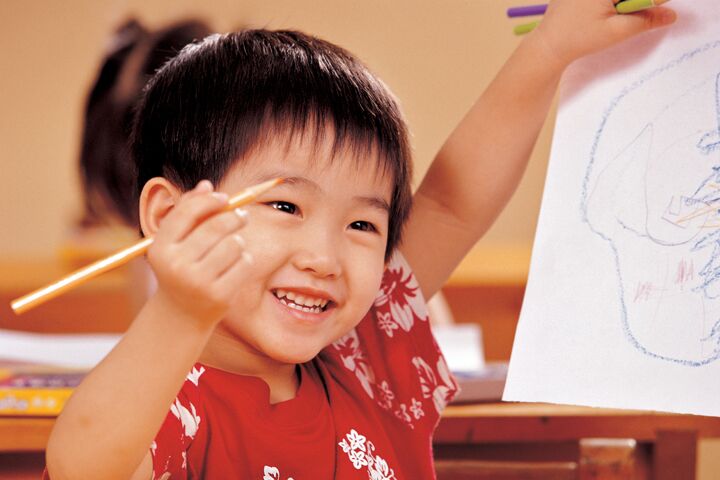 This particular job description of the parent has eternal effects!

A parent is given care of the greatest creation endowed upon this civilization by its Creator: the human mind.

Neurons have been firing since early in the womb. An amazing intellect has been under construction. Certain parts of the brain that control autonomic functions like heartbeat, reflexes and breathing have been hardwired. But after birth, a seemingly innumerable amount of neurons are awaiting to be wired and programmed.

What will your child’s mind be like? Will he be a calculus whiz? A musical genius? A master of language—a prolific writer? A culinary artist? An athlete? A skilled craftsman?

What are your child’s talents? How can you find out, and what is the best way to develop them?

Turn On Your Talent Radar

Certainly heredity has a lot to do with where a child will naturally excel. But genes alone will not turn your child into a star quarterback or virtuoso violinist. How many potentially great writers, musicians or other creative geniuses never explored their talents because a parent didn’t recognize their aptitudes?

Every parent must invest the time and effort into getting to know his or her child.

Children are predisposed to have certain likes and dislikes, particular interests. As your children grow, watch. What questions do they ask? What comes easier to them? Take stock of their overall development, from books to outdoor activities. Encourage them in areas where they show aptitude or interest. Not only do children thrive emotionally on such praise, your support may lead to greater exploits later in life. If your child can tap time to a song on the radio before he can form a complete sentence, then start saving for music lessons (and musical instruments—they aren’t cheap).

Though your children share genetic similarities to you, don’t expect them to excel in the same ways you do. Genes are funny things. A parent’s gift may have skipped a generation or two. Be particularly careful of expecting similarities between siblings.

Let your child explore different interests. He may not know what he likes. Talents will not always make themselves known in early childhood. Expose him to different things throughout life, and don’t give up when he hits the teenage years. Let your children watch you cook; throw a ball around with them; take in a concert together. You’re not just having quality family time, you are “on the clock” as their talent scout.

Catch It in Time

Remember that marvel of the human mind? Its wiring and programming happens according to a fairly predictable timetable in life.

For example, the auditory cortex wires itself in a way that shows it’s best to introduce a second language and its foreign sounds before age 10. You may have found from your own experience that waiting until high school makes it a much harder chore.

Studies have shown that the “[c]ircuits for math reside in the brain’s cortex, near those for music. Toddlers taught simple concepts, like one and many, do better in math” (Newsweek, January 24). Experts also suggest that the musical brain has a learning window of ages 3 to 10—as far as learning an instrument and the fundamental concepts associated with music go. You can start before that, singing songs to your child in utero, and then singing with her and exposing her to a variety of music before elementary school. Studies also suggest more highly structured music for young minds aids neurological wiring.

If you think exposing your child to music is only important if he has musical talent, think again. Studies also show that ability to keep a steady beat (a waning ability in the Western world) is connected with fluency in reading. A study by Phyllis Weikert showed that being “able to keep a steady beat helps a person to feel the cadence (rhythm) of language” and can also affect their sense of equilibrium (earlychildhoodnews.com).

The point is, there is only so much time to expose your children to what their talents might be. So, again, get to know your children, encourage them in their interests, and do it early.

So you’ve discovered their interests. Now what? Again, heredity or sheer desire to do something has little value of itself.

Heredity certainly plays a part in a person’s aptitudes. But, as educator Herbert W. Armstrong once wrote, “[T]he biggest factors in determining success or failure in life are motivation, determination, drive, perseverance” (Plain Truth, January 1982). It really comes down to what we do with the talent we’ve been given. We can’t sit back and admire the talent our children have as if it were magic. There is a marked distinction between talent and developed talent—the diligent effort and perspiration required to turn an aptitude into genuine ability and mastery.

Talking about the world’s great performing artists, Mr. Armstrong asked, “Were they specially talented above other people? Undoubtedly, yet everyone began while quite young—and stuck to it with determination day after day, year after year. They didn’t quit. They worked at it. They continued improving. They were not content with mediocrity. They became real ‘pros’!” (ibid.). They couldn’t have attained their level of excellence by just dabbling in their field and then moving on to something else.

The Bible advocates doing whatever your hand finds to do “with your might” (Ecclesiastes 9:10). Teaching our children how to develop their talents will most importantly teach them the lifelong lessons of discipline and hard work. Think of the motivation and restraint required: A young person developing skills must go to the practice room or gym and—no matter the temptation to go off and do what every other kid is doing—stay until achieving what he or she set out to do.

This is not to say that general education and daily chores should be excused in the name of your child exercising his talents. But do avoid putting him in too many extracurricular activities. His general education should provide plenty of opportunities to balance out his personality and knowledge base and to see where he has the highest aptitudes. Then extracurricular activities can more deeply develop one or two of those areas where he has shown an advanced ability.

All this takes sacrifice on the part of the child—and the parent who must provide transportation and financial means. But what is it worth for your child to develop the talents he or she has?

God’s way is that of giving and sharing. He wants your child to develop his talents as much as He wants you to understand the importance of such efforts.

Mr. Armstrong related, “I knew a boy who had the talent of a child prodigy on the piano at age 6 or 7. But he tired of that, turned to blowing a trumpet, tired of that, reached maturity unable to do much of anything in any area” (ibid.).

If our children learn to quit when things get difficult, they may never be able to push past the obstacles life in general will present them. This mindset leads nowhere.

1 Peter 4:11 shows that human ability comes from God, and it is to be used to “minister,” or to serve God’s purposes. It also shows that with any such ability, all the glory should go back to the God who gave it.

Though God is most concerned with building holy, righteous spiritual character in us, He is also interested in the skills we develop on the physical level. Not only can God use skilled people, He is particularly interested in how those physical skills directly relate to our ultimate spiritual development.

So it should come as no surprise that the Bible endorses the development of human skill. What we do with talent reveals much about our character. As the master in one of Christ’s parables said to the two servants who doubled their talents: “thou hast been faithful over a few things, I will make thee ruler over many things” (Matthew 25:21).

Talent development aids in the development of spiritual character. It does this by teaching us one simple lesson: to use whatever God gives us.

Whether we do it for an incorruptible or corruptible crown, this exercise teaches us to be “temperate,” or self-controlled, in all things. That word was used of athletes who deprived themselves certain pleasures to prepare for a contest.

As Mr. Armstrong wrote, “The Christian life requires the same continuous, diligent, no-letup effort that a great pianist, violinist or singer must exert.

“There is the easy road that leads to failure, but the way to achievement, whether in a profession, or entrance into eternal life in the Kingdom of God, is the hard, difficult, never-give-up way of persistent, determined effort and self-prodding” (ibid.).

Every parent, every young person developing a talent, should read that quote again.

Discover and develop your children’s talents. Work to provide them the resources they need to pursue their aptitudes. By nurturing those physical skills, what eternal lessons we can learn!