Yesterday’s doves fly off to war 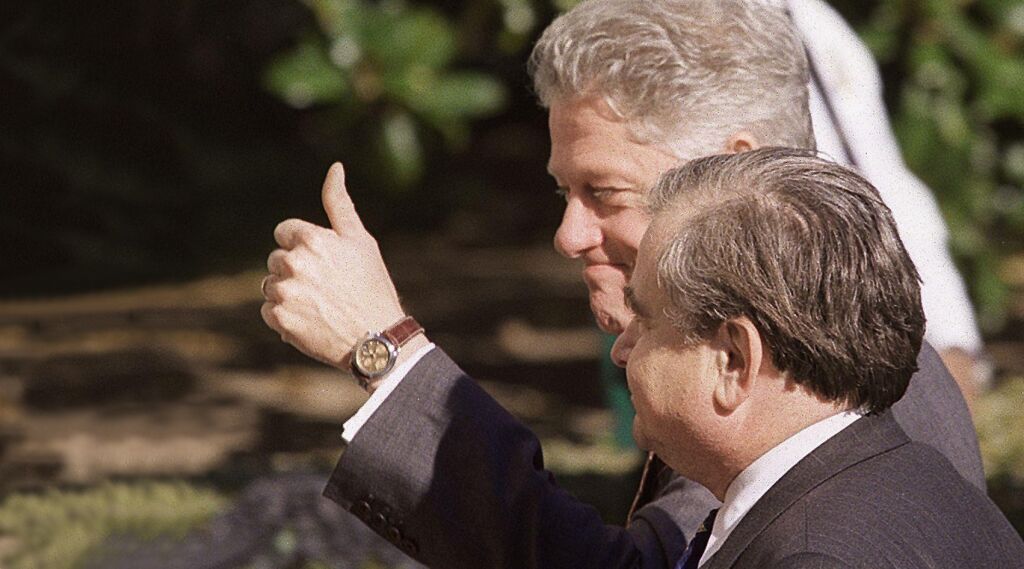 Yesterday’s doves fly off to war

NATO’s leaders are bound by a common history—their liberal youth.

Men who fought against the very institutions, offices and policies traditionally espoused by their national governments and underpinned by their countries’ constitutions are today the very individuals who reside in those institutions, hold those offices and enact those policies. Yesterday’s war protesters are today’s war promoters. These leaders have ushered in the age of flower-power war.

U.S. President Bill Clinton was directly involved in the famed Georgetown University protests against the Vietnam War. His avoidance of the draft (a sore point among many U.S. military top brass) has been clearly documented. Georgetown students are apathetic when questioned about their alumni President’s actions. Today’s students simply don’t care. Offspring of ’60s-educated administrators, they have truly become the “turned-off” generation.

It was actually during the McGovern anti-war campaign under the slogan “Bring America Home” that Mr. Clinton met Sandy Berger. Berger is now National Security Adviser to his old anti-war activist comrade. In the seven years they have worked together, they have ordered 28 military deployments. That’s an 18-fold increase over the frequency of deployments ordered by all seven U.S. presidents from 1945-1990.

British Prime Minister Tony Blair was lead singer of the rock group “Ugly Rumours” in the 1970s. He also opposed any deployment of troops or military action in the Vietnam War. In 1975 he moved into political office and staged his campaign on an anti-war policy. Blair, who used the “Clintonesque” blueprint of center-liberal politics to gain Britain’s top civil job, has worked hand in glove with the U.S. in both the Mideast and Balkan quagmires.

Germany’s Chancellor, Gerhard Schröder, was also opposed in his younger days to the Vietnam War. He rose through the ranks of Germany’s socialist party voicing loud opposition to the deployment of nuclear missiles in Europe. In 1982, a young, very drunk German MP stood outside Chancellor Helmut Kohl’s official residence, shook the steel gates and shouted “Let me in!” Seventeen years later, that same politician is Germany’s commander in chief.

The liberal-socialist glue that knits together these flower-power leaders has provided the bond which has maintained their seemingly illogical approach to allied military campaigns in the ’90s. The paradox is that the very policies these former doves opposed are now policies that they themselves struggle to implement as they fly off to war.

Anciently the prophet Isaiah foretold of our time when powerful politicians, military personnel, government advisers and eloquent spokesmen would be removed (Isa. 3:2-3).

As long as liberal-socialist leadership continues in the policy of self-righteous flower-power warfare waged for short-term political gain—as long as American and British leadership is seen internationally to be lacking the will to use their full fire power for clear-cut goals and pursue those goals to all-out victory— flower-power war promises to backfire in an unprecedented fashion.