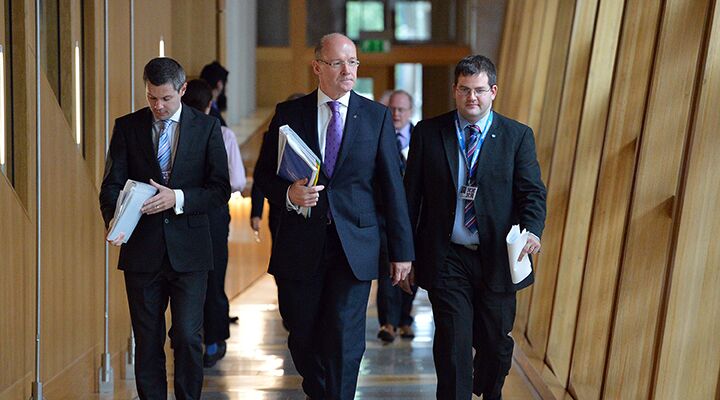 Scotland successfully voted for its own parliament and Wales for its own national assembly last month. These initiatives of Britain’s center-left government now place the future of the United Kingdom of Great Britain and Northern Ireland, as a coherent political entity, at grave risk.

The union of Wales with England in the 1500s, followed by Scotland in 1707, gave to this island nation’s peoples a combined strength of will and common purpose, founded upon the most ancient traditions of their Israelite forebears. A unity of will and purpose which staved off attacks from the might of Spain and France in their heydays and brought them through to victory in two great world wars. Devolution is indeed the trump card in the hand of those who, for reasons best known to themselves, have schemed for decades to destroy the last vestiges of the greatest empire and commonwealth the world has ever known. Finally, Great Britain has a government which the people voted into power on a platform to devolve parliamentary power away from Westminster, mother of all parliaments, to the separate nations comprising the United Kingdom. Not only that—this present British government has a determination to eliminate the upper house of Parliament in its present and ancient form as the House of Lords. A specific initiative, eliminating the right of hereditary peers to vote in the House of Lords, faces implementation by the current government. The hereditary peers generally hail from ancient families of landed gentry whose commercial, military and administrative abilities led the way in building the British Empire.

It does seem that, having not only sown but reaped the seeds which dismantled her far-flung empire, Great Britain is now about to reap the fruit of the seeds it willingly sowed at home in the “swinging sixties.” The Carnaby Street set, educated to question, challenge, divide and annul every tradition of the heritage of this ancient British race, has its heart set on dividing up the very foundational Union upon which those last vestiges of wealth, peace and power, presently enjoyed by its population, were built.

Oddly enough, the British prime minister, in an obtuse statement, recently declared that by giving Scotland its first Parliament since union with England in 1707, he believes this will quell Scottish nationalism by resolving the Scots’ demands for more say in their own affairs. This reflects typical wooly-headed liberal-socialist thinking. No person in history has ever yet demonstrated how any act of division can lead to a maintenance of unity.

A prime consideration in the devolution process is the party in opposition, the Scottish National Party, wedded as it is to the specific objective of full independence from the UK. Should they prove an effective opposition in representing the interests of their constituents and the Scottish nation, they could well be voted in at the next Scottish elections. They would then be in a position to hold a referendum for Scotland’s divorce from the Union.

While England, Scotland, Wales and Northern Ireland held together as a United Kingdom, they proved invincible to European invasion. A British government now intent on breaking up this union is simply blind to this history. A history which will return to bite it very hard in the not-too-distant future.

From The June 1999 Philadelphia Trumpet
View Issue FREE Subscription
Next