What is driving the “virtual blackout” of real news in America? 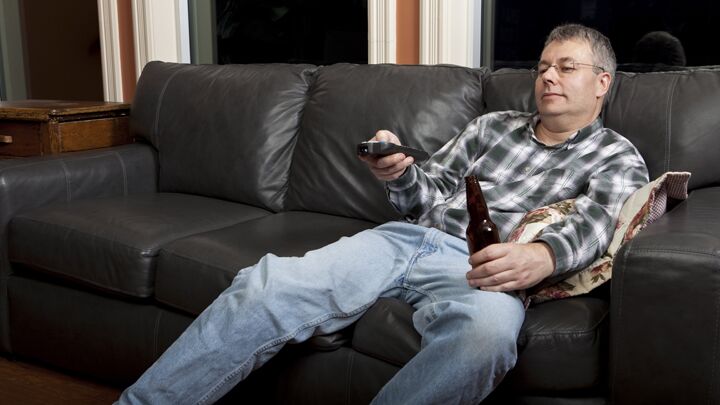 What is driving the “virtual blackout” of real news in America?

The United States presidential election, the Eliàn Gonzàlez custody dispute, the uss Cole bombing, and soaring oil prices. These were considered the top stories for the year 2000 by 312 leading news editors in the U.S., as found in an Associated Press poll.

Here are the major minds through which all the news is filtered every day; the minds that decide what gets top priority on TV, radio or the printed word; the minds that feed the American people the news that should matter most. And these were the top four stories, respectively. After these came: the Firestone tire recall; the ordered breakup of Microsoft; the genetic code mapped; the arrival of the year 2000. Then, finally, number eight on the list, the only international story of the lot: Milosevic toppled in Yugoslavia. At number ten, the verdict against the tobacco industry.

World Press Review also showed, according to Pew Research Center based in Washington D.C., what most Americans considered 2000’s top stories. First on the list was the increase in gas prices. Then came the bombing of the uss Cole, the Firestone tire recall, the shooting of a 6-year-old girl by a classmate, the debate over Eliàn Gonzàlez and the presidential election. Number ten was the Superbowl.

“Top” stories indeed. But big stories? Hardly, when you consider what happened around the globe last year—the development of a German-led European rapid reaction force, the Vatican’s radical efforts at Church unity, the bloodshed in the Middle East, ethnic strife in Indonesia, political unrest in the Philippines, and a change of leaders in Russia, Yugoslavia and Taiwan, and the list goes on. Even overseas editors, given the same question, included in their list the Korea summit, the violence between Israelis and Palestinians and the election of Vladimir Putin as Russia’s president.

Gradually, the hard, informative news has turned into frivolous fluff—“stories that touch your life,” entertaining exposés, all made popular by over a dozen prime-time hours consumed by newsmagazines on the three major television networks every week.

Why the decline? Because that is what Americans want.

Consider: It is advertisers that pay for the programming, for the studio space, for the salaries of the news anchors, the cameramen. TV shows—including news—base the price for those ads on ratings—the amount of viewers estimated to be watching. The higher your ratings, the more you can charge the advertisers.

That means journalists are under more pressure to make the stories as appealing, exciting and entertaining as possible. Hard news is easily sacrificed for stories that will keep people watching.

Edward Bliss, in Now the News: The Story of Broadcast Journalism, confirms this fact: “In pursuit of higher ratings, some programmers have taken television news, and made it show business, pure and simple…. They offer what entertains and excites, rather than what viewers need to know” (pp. 268).

The truth is, sadly, Americans would rather hear about Firestone tires and little Eliàn than about the violence in the Middle East, the Korea summit or the European Union’s plans to expand its global influence. Journalists know this. That is why the hard news, particularly global news, is almost obsolete in America.

The May-June 1999 Columbia Journalism Review reported this: “For almost a half a century, covering the important news of the world was what abc news, cbs news, and nbc news did for a living…. Now their bread-and-butter business is producing features for prime-time magazines. Being entertaining and profitable rather than being informative has become the new measure of their success.”

The Trumpet’s editor in chief sounded a warning about this very issue in his Personal from the July 1999 edition. “Losing interest in hard news from around the world portends a grave danger for any democracy. The best hope for a democracy is for an enlightened people—not a well-entertained people!” (emphasis mine).

The blame for the decline in hard news falls somewhat on the shoulders of the news editors—those polled in the above survey. But they only listen to ratings, and to what the viewers want. We, as a entertainment-crazed nation, are spelling our own future demise as we cause the watering down of real news and a virtual blackout to news from the rest of the world—a dangerous world that we must be watching to save ourselves from its perils.

What were the truly big stories of 2000? What stories should you be watching right now? This magazine, with its unique perspective on world events and its advertising-free layout, allows us to give you real news—and what it all means for the future.