Britain has been branded the sickliest nation in Europe. But the nation has far worse problems than mere physical ailments. 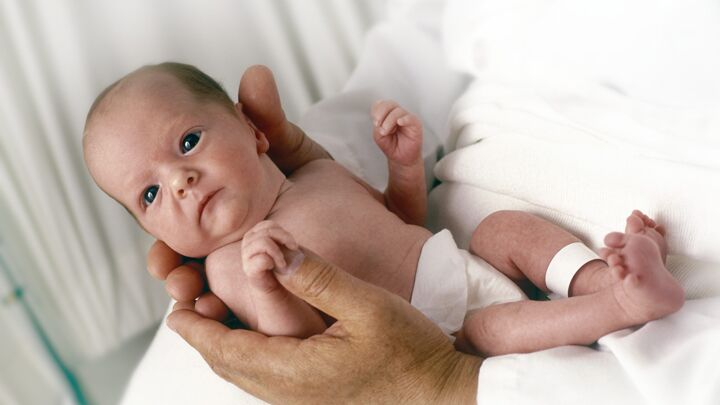 Britain has been branded the sickliest nation in Europe. But the nation has far worse problems than mere physical ailments.

Over the past 30 years, a phenomenon has become prevalent in Western society unique in mankind’s history. It is a situation that was prophesied millennia ago to be particularly prevalent within British society.

One of the glories of the British Empire was the wonder of self-reliant, brave young men holding lonely colonial outposts administering huge swaths of territory containing multitudes of tribal people. The fact that these young colonial administrators were able to maintain relative order, by imposing the rule of law, and build a foundation for the civilization of millions was a feat never witnessed in all recorded history to that time nor since.

Two great world wars in the 20th century largely robbed the British of the cream of the crop of that courageous breed of imperial manhood. There followed the baby boom postwar years, with America’s population growing rapidly and feeding its economy till the nation soon became a global superpower. In the meantime, Britain, its economy largely broken by the ravages of war, struggled back onto its feet. These were the years of the great postwar migration of many British subjects to the old colonies, a process that helped build the postwar economies of its dominions, in particular Canada, Australia and New Zealand—but further depleted Britain of much trained and experienced manpower during the vital reconstruction years.

The 1960s brought huge social change. “England swings” became the catchcry as the old country turned hedonistic, engorging itself on a rock-pop cultural binge that sapped the energy of the nation at a time when it was greatly needed to vitalize the nation’s industry. The standard of British workmanship, once the envy of the world, dropped markedly. In the 1960s and 1970s, a strike-prone, slow-growing Britain was labeled “the sick man of Europe.” The seeds of Britain’s moral illnesses were thus sown.

One of the great elements of national power is population. Insufficient manpower to develop and utilize a nation’s fundamental assets can cripple that nation’s economy. On the other hand, should a nation’s population exceed its ability to maintain itself, this can also be detrimental to national growth.

Britain’s imperial strength came from its rich and widespread resources, an advanced industrial base at home, a diverse Commonwealth providing a plentiful supply of labor, and the unifying power of the Crown. The combination of decolonization and Britain’s joining the European Common Market in the 1970s diminished much of the nation’s rich source of supply of raw materials and labor from its former colonies. Britain has since largely sold off its industry to foreign buyers and underwritten the importation of millions of souls from its old colonies who have come to the shores of the British Isles seeking the standard of life they once had under colonial rule—a standard substantially destroyed in many of their home countries by a combination of petty dictators and faulty administration so prevalent in the wake of decolonization. This admixture of races and cultures has severely weakened the fabric of traditional British society, including its standards, virtues and values.

Recently Britain again came to be called by its old disparaging title, this time literally applied to the physical health of its population. The Telegraph reported in October, “Britain has been branded ‘the sick man of Europe’ after a government report revealed a nation blighted by record levels of obesity, alcohol abuse, diabetes and smoking-related deaths. The rate of obesity in British adults is the worst in Europe and, in some areas, [is] now above the national average of the United States. … The report from the Department of Health also revealed England as the only European country with rising alcohol consumption and an increase in alcohol-related deaths, particularly amongst women” (Oct. 24, 2007).

This is the outcome of the hedonistic postwar “swinging England.” This is the end result of the pursuit of “self-fulfillment,” peddled by the social engineers of the latter 20th century.

And it gets worse, much worse. For beyond the mere physical, there is the spiritual health of the nation, suffering increasingly, and increasingly more rapidly, from the unraveling of its traditional moral fiber.

The following equation highlights a deeply distressing phenomenon in Britain.

The Telegraph reported last December 7, “In total there were 722,500 babies born in Britain in 2005—the latest year for which figures are available.”

Now, compare that with the following: “In the 40 years since abortion has been legal in Britain, the number of terminations taking place each year has increased from 22,000 to almost 200,000” (bbc News, Oct. 27, 2007). Taken from the year when abortion was legalized in Britain, this amounts to the staggering total of 6.7 million legal abortions having been performed in Britain since 1967! That is a tenth of the current total British population. Even allowing for the fact that London is an abortion mecca for women from Europe, the overwhelming reality is that Britain’s population could be over 6 million souls richer than it is today had not the floodgates for slaughter in the womb been opened in that nation by its legalizing abortion in 1967.

But here is a remarkable fact.

The Eternal God, claimed as the God of a more lawful, morally upright Britain in better times, prophesied over 2,700 years ago that Britain would become a center for the slaughter of human life in the womb. Through the Prophet Hosea, God declares, “As for Ephraim [the British covenant peoples], their glory shall fly away like a bird, from the birth, and from the womb, and from the conception. … Ephraim shall bring forth his children to the murderer” (Hosea 9:11, 13).

But that is not all. There is a flip side to this. In addition to killing off so many of their children before they are even born, the British are becoming increasingly infertile.

The fact is that for most of these lives born as a result of ivf, at least one partner in the relationship would probably be infertile.

This evidence of rising infertility in the British population brings to mind another startling prophecy for these times: “Ephraim is smitten, their root is dried up, they shall bear no fruit …” (verse 16). Yet even to the fertile, the Eternal God underscores, “yea, though they bring forth, yet will I slay even the beloved fruit of their womb.”

In the latter respect, the following is worthy of note: “Only a handful of European countries suffer more stillbirths than Britain. Almost 4,000 babies’ deaths occurred last year—10 a day in England and Wales—and the levels have stayed roughly the same for a decade” (Telegraph, Sept. 24, 2007).

Britain may well be labeled the “sick man of Europe” due to declining health standards of its population in general, but it is the deep moral sickness that has corrupted the very heart and core of postwar British society that is the greater national problem by far. Rampant immorality in Britain, spawned in the swinging ’60s, is a major cause of the twin curses of abortion and infertility!

How sad to see the glory that was once Britain slide into such a seemingly hopeless moral morass.

So what is the answer to the present sad state of “the sick man of Europe”?

What the British need is a new vision of hope. A hope that carries itself far beyond the former glory days of empire. The British people need to capture the vision of the very throne that to this day yet resides in their land. It’s a vision that reaches far beyond the physical, stretching the mind on into the grandest vision of all—the vision of the great and glorious universal human potential, which is not conditional upon any specific nationality! It’s a potential that embraces ALL mankind, regardless of race, creed or color!

To begin discovering that great vision of ultimate hope, request your own copy, gratis, of our book The United States and Britain in Prophecy. No matter what your nationality, this book will begin to open up your mind to vistas of an untold potential, a future of which you never dreamed! It’s a potential that thousands around the world from many nations are even now working excitedly to achieve.

And the signs are that its realization for many is most imminent.

Request The United States and Britain in Prophecy today and begin working immediately on fulfilling your very own God-given destiny!