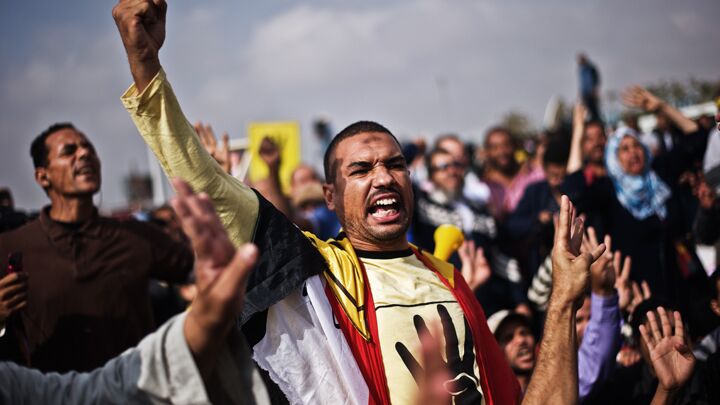 Fars News Agency labels itself a leading independent news agency in Iran. It has three times the Internet traffic as the Jerusalem Post, so it’s a popular site in the Middle East. Fars recently used most of an article we posted on our website, theTrumpet.com, titled “Egypt and Iran Stride Toward Full Diplomatic Ties.” I thought it was interesting that it included this portion of our article: “Trumpet editor in chief Gerald Flurry has predicted for over 13 years that Iran would be the king of the Middle East, and that we would witness an alliance take place between Iran and Egypt. ‘Daniel 11:42 implies that Egypt will be allied with the king of the south, or Iran. … This prophecy indicates that there would be a radical change in Egyptian politics’” (Dec. 17, 2001).

We have prophesied for over 13 years that Iran would head up the “king of the south.” We have also prophesied that the Iranian power would ally with Egypt. How did we know that? Because God said so in His Bible—something you can prove.

There has been a radical change in Egyptian politics. The book of Daniel talks about that change. Daniel spoke of a “king of the south” (Daniel 11:40). He prophesied that king of the south would ally himself with Egypt in this end time. (Request our free booklet The King of the South for proof.)

In the 1970s, Egyptian President Anwar Sadat was leading the whole Middle East toward peace with the West. He even made an appearance in the Israeli Knesset, which shocked the whole world—especially the Arab world. That act enraged a lot of the Arab people, which led the radical Islamic movement to assassinate Sadat. Many authorities will tell you Iran engineered the assassination. This shocking event had repercussions around the world; it bitterly divided Egypt and Iran.

Egypt happens to be one of the allies of the king of the south, and that forebodes a lot of bad news for the Egyptians. Notice: “He [the European power] shall stretch forth his hand also upon the countries: and the land of Egypt shall not escape” (verse 42). Why would this European power want to conquer Egypt or at least have virtual control over it? Why would that be necessary when it goes into the Middle East—unless Egypt was allied with the king of the south, or Iran? Just a little reading between the lines here makes it pretty obvious what this scripture means.

So for 13 years we have prophesied that there would be a radical change in Egyptian politics. That prophecy is now coming to pass!

The moderate government in Egypt is being threatened by a popular and growing Iranian-aligned, anti-American, radical Islamist movement. In fact, we expect the most radical elements within Egypt to assume control and directly ally themselves with Iran. This worst-case scenario for the U.S. is just what the Bible prophesied will occur soon.

Already Iranian President Ahmadinejad has said, “We are determined to pursue normalization of relations with Egypt, and if the Egyptian government declares its readiness, before the working hour is over today, we are willing to open Iran’s embassy in Cairo.” The head of Iran’s National Security Council said Iran was willing to help Egypt produce nuclear energy. Events are moving at a greatly accelerated pace!

If the Fars News Agency is interested and curious about what the Bible prophesies for the Middle East and the whole world, shouldn’t you be? These are prophecies in your Bible that are being fulfilled right now.

We know the radical Islamic movement in Egypt will certainly have a lot of influence in Egyptian politics; and it’s going to swing that nation toward Iran. Ultimately, that means bad news for Egypt because of the final outcome.

Daniel was written over 2,500 years ago. God knew Egypt would retain the same name it had almost from the beginning and that it would ally itself with Iran! That’s something to get excited about, because one of the foundational proofs of the Bible being God’s Word is fulfilled prophecy!