Once the jewel of Africa, this nation is now going the way of the rest of the continent. The new leader of the ruling party won’t help matters. 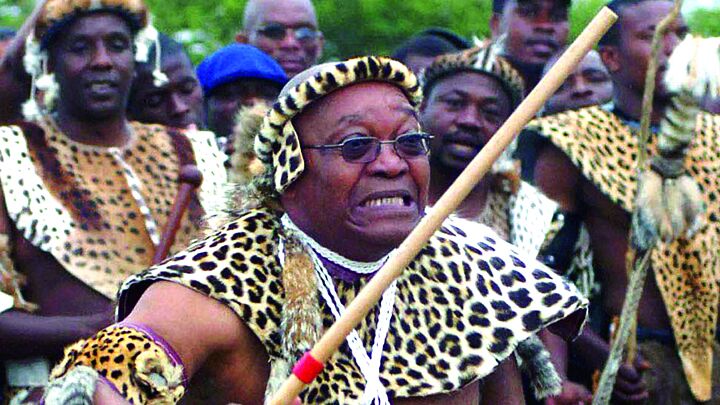 Once the jewel of Africa, this nation is now going the way of the rest of the continent. The new leader of the ruling party won’t help matters.

South Africa is in trouble. At one time one of the most prosperous nations in Africa, today it finds itself in the jaws of the very problems that are swallowing nearly every other African state: rampant crime, corruption, unemployment, poverty and disease. This trend is doubly tragic because of the heights from which it has descended to this condition—and the speed.

Evaluating the trend, one is forced to come to an undeniable, politically incorrect conclusion: that this descent is largely the regrettable creation of the ruling African National Congress (anc).

Fierce criticism of the white, apartheid-era rulers from which the anc took control in 1994 has been widely publicized. That criticism, however, does not change this fact: Whatever problems existed under that much-reviled system, they are simply being dwarfed by those multiplying under Marxist anc rule.

And now, they are about to get worse.

The Problem With Mbeki

Dec. 18, 2007, in an electoral rout, the anc replaced its leader, Thabo Mbeki, with Zulu populist Jacob Zuma. It also awarded all six executive positions in the party and almost all of the national executive posts to members of Zuma’s team.

The result is a complex political mess that will put solutions to South Africa’s endemic ills even further out of reach.

Many prominent South Africans are furious with the unpopular Mbeki for not stepping aside in favor of a more electable candidate, thus opening the door for the well-liked but problematic Zuma to ride the anti-Mbeki wave. The Pretoria News described his electoral loss this way: “An out-of-touch leadership faced a mutiny” (Dec. 24, 2007). Now, awkwardly, Mbeki is due to remain the nation’s lame-duck president until his term ends next year—a situation that has gravely divided the anc and will handicap the national government.

Mbeki’s failings are clear. His leadership is widely criticized for being cloistered, exclusive, aloof, vindictive toward critics and aggressive against dissenters. Prospect’s Andrew Feinstein calls him a “detached, autocratic technocrat” who transformed the anc “from a broad church of vibrant, internal debate” into “a closed shop in which a small clique of trusted allies makes decisions” (Dec. 20, 2007).

Though Mbeki’s economic policies are credited with creating a boom, they have helped chase a million whites from the country in the past decade and left many blacks in the dust of poverty. While a small black middle class is growing, as is a clutch of superwealthy, politically well-connected black oligarchs, one quarter of the nation is currently unemployed—40 percent, if you include those no longer looking for work. Eleven percent of South Africans live on less than a dollar a day, double the number of those in poverty when the anc took power in 1994.

Under Mbeki, the nation has also suffered from one of the worst crime rates in the world. It has eight times as many murders as the average country—nine times as many as the United States. It has more assaults, rapes and murders with firearms per capita than anywhere in the world. Over eight in 10 South African businesses are affected by crime—not missing Post-it notes, but violent crime and burglary.

Child protection services estimate that one third of girls and one fifth of boys in the country are sexually exploited; a child goes missing on average every six hours.

And the reality is probably worse than the stats suggest: The government is widely thought to fudge the numbers down so as not to highlight its failures. Mbeki has staunchly supported his police commissioner despite his links to organized crime. The minister of safety and security has told people to stop complaining about the crime or leave the country.

It is easy to see why so many were eager for a change in leadership.

At the same time, it is equally clear that Jacob Zuma does not represent a step forward for South Africa. Serious questions regarding his character, experience and policies dog him—and, sometime this year, could even land him in jail.

In classic African Big Man style, the larger-than-life Zuma dresses in leopard skins, poses for pictures wearing a loincloth and holding a Zulu shield, calls himself “100 Percent Zulu Boy,” and uses the anti-apartheid Zulu anthem “Bring Me My Machine Gun” as his theme song. He prides himself on his lack of formal education; some say he’s barely literate. A polygamist, he has fathered 20 children by nine different women. He was once tried for rape; he said the woman—the 31-year-old daughter of an anc comrade—had asked for it. Though he was acquitted, he admitted to knowingly having unprotected sex with this hiv-positive woman—then taking a shower to prevent contracting the virus himself. This despite the fact that he had served as chairman of the National aids Council.

After his own father died when he was a child, Zuma was brought up on the Soviet-era Communist ideals of the anc and joined its terrorist wing, Umkhonto we Sizwe (“Spear of the Nation”), at age 16. Soon after, he was arrested and spent a decade in prison. After his release, he worked in the anc’s underground; later he served as the armed movement’s intelligence chief, the anc’s deputy president, and then the deputy president of South Africa.

Though he touts himself as a man of the people and defender of the poor, Zuma himself enjoys substantial wealth and a lavish lifestyle. During his tenure as the nation’s deputy president, his own financial adviser was sentenced to 15 years in jail for corruption, after which Mbeki fired Zuma himself. Zuma is still under investigation for his part in a shady arms deal during that period; he has already lost two appeals trying to bury certain damning evidence and is likely to be re-tried this year.

This is the man that the ruling party in South Africa has turned to in order to address the nation’s crushing internal crises.

Zuma is simply not up to the job.

Economically, as much as he may talk about helping South Africa’s poor, Jacob Zuma’s allegiances lie elsewhere.

Some believe that he will do very little to change the reforms made under Mbeki’s rulership simply because of his accountability to the nation’s influential white businessmen. But there is tension over the fact that Zuma owes his electoral victory to the anc’s powerful allies in cosatu—the Congress of South African Trade Unions—and the South African Communist Party, both of which strongly oppose anything resembling free-market reforms.

According to the Sunday Times, after the Zuma victory “both the rand and the stock market look vulnerable. While Zuma is keen to disavow any appetite for radical change, business is uneasily eyeing his need to pay off his Communist party and union backers” (Dec. 23, 2007). Among the likely payoffs is the Communist-demanded nationalization of the country’s energy and mining conglomerate Sasol and the largest steel producer in Africa, Mittal Steel. If Zuma begins to make such ideologically motivated moves, watch for the economy to fall off the rails. As Dawie Roodt, chief economist at the Efficient Group, says of Zuma, “I’ve never heard him say anything about the economy, but I know he owes cosatu and I know what cosatu’s policies are. They are essentially calling for more redistribution”—that is, stripping land and other economic assets from whites and giving them to blacks (Cape Argus, Dec. 15, 2007).

This is the most vivid example of how the anc—now helmed by Jacob Zuma—is increasingly flirting with the policies that have already turned Zimbabwe into one of the most disastrous shipwrecks in the history of the nation-state.

True to its revolutionary roots, the anc is proving itself increasingly driven by dangerous and shallow ideology rather than by what will best serve the country.

In clear contrast to the National Party that preceded it, the anc is anti-West at its heart. From its earliest post-apartheid days under Nelson Mandela, it has routinely fostered relationships with dictators the world over, from Cuba to Libya to Iran. In the United Nations—within which it is in the midst of a two-year stint on the Security Council—it has consistently sided with Arab and Muslim entities and against American and Israeli interests. High anc officials have publicly warned that South Africa must protect itself against possible invasion from the United States, of all things.

Zuma represents a further move in this anti-West direction. Already South Africa’s designs on cementing its position as the dominant power in Africa have put it at odds with outside powers—particularly the Pentagon, which has proposed establishing a new command center in Africa. Such friction could well increase if Zuma’s power grows.

Going the Way of Africa

Watch South Africa. In state after state on this aged continent, the transfer of power from colonialists to local rule, hailed as a victory for black Africans, has produced devastating results. The pattern that has been repeatedly followed is one of the new governing elite seizing the reins of power and driving their nations into the ground while making themselves criminally wealthy—often largely off international aid that never reaches the people for whom it is intended. The continent’s history of tribalism has simply overwhelmed democratic instruments and bestowed the unparalleled power of the modern nation-state on men who are essentially tribal chiefs.

South Africa has been a notable exception to this rule for several decades since becoming an independent republic. But now, that is changing—and rapidly. The true cause for this change is rooted in South Africa’s historical connection to the British Empire and the throne of England. Biblical prophecy describes and explains the curses South Africa increasingly finds itself under—curses that are destined to grow worse in the time ahead. A vital warning to the peoples of South Africa is contained in our booklet South Africa in Prophecy. Though written a decade ago, its prescient forecasts are even truer today, in the era of Zuma.

In short, by all appearances the new leadership represents, at best, a continuation of the problems that have plagued anc rule, if not their intensification. Add to that the complications associated with the friction between the anc leadership and the national presidency, as well as the possibility that Zuma gets entangled in a corruption trial.

Andrew Feinstein concludes that, should Zuma be found guilty and imprisoned, rendering him constitutionally unable to run for the nation’s presidency, both he and Mbeki will have to vacate the scene before South Africa has a chance to recuperate. While this is probably true, the reality is that, once the nation suffers the blast furnace of trouble that awaits under such corrupt and crippled leadership, the chances for real recuperation are virtually nil. South Africa’s direction, in this unhappy present world, appears chiseled in stone.