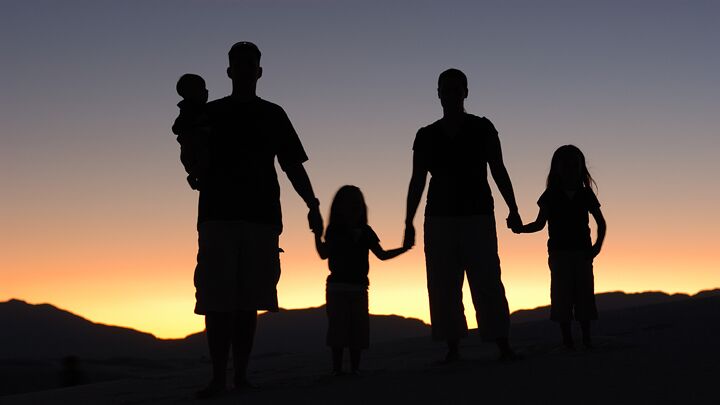 One of our most requested books is The Missing Dimension in Sex by Herbert W. Armstrong.

Write or call for your free copy.

This book and other writings of Mr. Armstrong cost us several million dollars to win in court. If we hadn’t won, outside of a few used book stores you would not be able to find a copy anywhere on Earth.

The people we fought against in court also spent a few million dollars. However, they did it to prevent you from ever reading Missing Dimension and other writings of Mr. Armstrong. They said it was their “Christian duty” to keep those writings out of print. We strongly disagreed.

Why would they spend millions of dollars to prevent you from reading this book and other writings?

I believe it is one of the most fascinating events you will ever read about. The court case is explained in our free booklet on Habakkuk. I believe you will be stunned, even electrified, by this amazing booklet. It shows how we won a miraculous victory when it appeared that all was lost. The court case ended Jan. 16, 2003.

In the discovery process of the lawsuit, we received access to many internal documents of the Worldwide Church of God, which previously held the copyright to this book. Here is something it wrote on Sept. 20, 1989, after Mr. Armstrong died: “Attitudes towards sex have changed radically since the mid-1960s and Missing Dimension is becoming less effective as a result of these changes. In addition, the cost of producing even a paperback version is several times more expensive than a normal booklet.”

Our opponent, the wcg, said Missing Dimension was outdated. But Mr. Armstrong and our Church have always gotten an outstanding response from this book. This book has never been more up-to-date than today.

We hope you will request a free copy and judge for yourself.

Our opponents also said the book was too expensive for them to print. Mr. Armstrong thought it was well worth the expense and so do we.

Our court battle with the Worldwide Church of God, after Mr. Armstrong died, was not the first time some people tried to destroy that book. Why?

A wcg memo dated Oct. 17, 1977, about 22 years earlier, said this: “Our inventory of The Missing Dimension in Sex has been exhausted. It will be discontinued and the code will send a lit-out notice. Perhaps if Mr. Herbert W. Armstrong’s health permits, it will be updated and reprinted someday.”

At that time, Mr. Armstrong was leading the Worldwide Church of God, but he was gravely ill. It looked as though he would never recover, but he did.

His own son had led an effort to destroy this book and some other writings of his father.

When Mr. Armstrong recovered, he restored all those writings and again freely gave them away.

So there have been two massive attempts to destroy Missing Dimension. Why?

This book tells you the purpose of sex—and of man. There are evil forces in this world that don’t want to read that message! And they don’t want you to read it either. I hope you want to understand why.

There are more beings involved in this cover-up than just human beings. I hope you will prove this for yourself. This book and Habakkuk will explain the mystery to you.

Our society is glutted with sex information and entertainment. No other age has come close to proliferating X-rated movies and pornography as our people do today through our unparalleled technology.

And if people can’t get this perverted sex through our technology, they have unparalleled transportation to go and get it!

Never have we seen so much twisted, destructive sex information and entertainment. But none of it tells you the purpose of sex! There is the missing dimension in all of it. Sick sex is playing a major role in destroying the Western world—led by America and Britain.

Families are the backbone of any strong nation. And families are being destroyed by turning what God intended to be a blessing into something vile and twisted.

This problem is even more deadly than nuclear bombs! Marriages are broken. Children are left with one parent or with no parents in some cases. There is often extreme sexual abuse. Unlawful sex leaves emotional, mental and spiritual scars.

The Missing Dimension in Sex shows us how to solve our gigantic sex problems. Request this wonderful book and see how.

This book is changing lives in a miraculous way. I hope you will accept my challenge. Study this book and see why.

Here is what Mr. Armstrong wrote about this book: “This missing dimension in knowledge has not been revealed by religion, by the medical fraternity, by the ‘authorities’ on the subject nor by higher education. You will find it only in this book. Do not glance over and past that portion of this book. It is a million times more valuable than the technical-physical knowledge. The latter, without the former can be, ultimately, disastrously fatal. For this is, in true fact, the most important and necessary book ever published on sex!”