Higher education tolerates everybody (as long as you think like them). 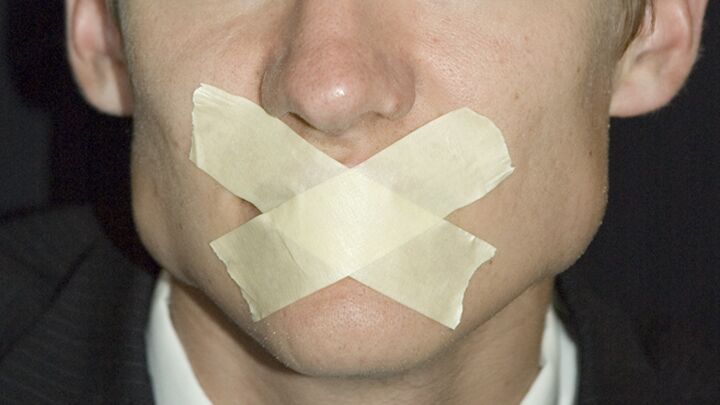 Higher education tolerates everybody (as long as you think like them).

Midwestern states may be the reddest in the Union, but academia is neon blue from sea to shining sea.

For instance, in my college geology class (in Oklahoma), our professor stated that evolution is only considered a theory because it isn’t a scientific law like gravity; given the overwhelming nature of the evidence, he explained, evolution should be taught as simple fact. He then explained the origins of the universe, which, in his view, required no Creator. I especially remember his explanation of how the Earth formed: Innumerable asteroids slammed into each other and became super-heated; heavy elements settled, lighter elements rose, and the Earth literally burped out a breathable atmosphere, a process he identified as “outgassing.” This breathable atmosphere would prove critical when life spontaneously generated and evolved into living organisms, ultimately resulting in mankind and the present “greenhouse gas”-belching society we see today.

The most interesting part came in the next class when he explained that plate tectonics (the idea that the movement of the Earth’s plates causes earthquakes, volcanoes, and many other geological phenomena) is a theory, and we needed to realize as we studied it that the theory of plate tectonics could be wrong—quite a contrast to his dogma on evolutionary theory and the origin of the universe.

A student’s college experience today is saturated with evolution, moral relativism, Marxist thinking, hatred for the United States, secularism and political correctness. For some years, the leftist world view has dominated university culture. Today, however, it is no longer enough to simply drown conservatives out; the liberal, anti-God establishment is trying to silence the conservative voice altogether.

This intellectual blackout is nothing less than a form of tyranny in our universities.

Only One Voice Permitted

One of the main reasons we can identify Robert Mugabe, president of Zimbabwe, as a tyrant is his manipulation of the press and his refusal to allow his opponents to speak their mind. His opposition has been denied access to state-controlled media outlets, and independent outlets have been blocked.

Astonishingly, the difference in Mugabe’s behavior and that of the liberal establishment in universities is of an exceedingly small degree.

Ben Shapiro, author of Brainwashed, observed that a professor can teach anything from homosexuality to Marxism, but “mention God and you’re out of a job.” Conservative speakers are unwelcome to speak on college campuses and protested when they do.

For example, when the University of California–Los Angeles (ucla) invited First Lady Laura Bush to speak at its commencement, students protested: “We will not stand by and allow her presence to go uncontested,” said Estela Zarate, a doctoral student in education. This was the response even knowing Mrs. Bush would likely never accept the invitation.

Conservative columnist John Derbyshire was fortunate. Although liberal students did attempt to have his invitation cancelled, a department head sent e-mails out, in the words of Derbyshire, “telling students and faculty that, basically, although I was a nutty crypto-fascist hyena, the university’s tradition of hospitality and open-mindedness could just about be stretched to include me, and people shouldn’t try to shout me down.” Derbyshire reported on an event at Columbia University where “the leader of a group agitating for enforcement of our country’s immigration laws was howled down and pushed off stage by gangs of leftist storm troopers. The guy wants the people’s laws enforced, that’s all; but such a person may not speak at an American university.”

When Daniel Pipes, a columnist who often writes pieces supporting Israel’s right to exist, spoke at the University of California–Irvine, dozens of students stood up and began yelling, bringing his lecture to a temporary halt. After leaving the room, the students gathered in the hall, where the staged protest’s leader condemned Pipes for hate speech and declared: “It’s just a matter of time before the State of Israel will be wiped off the face of the map.” Pipes often experiences such protests when he lectures at universities. Walid Shoebat, a former Palestinian Liberation Organization member who now supports Israel, has faced similar opposition and walkouts.

Conservative columnist and author Ann Coulter is currently scheduled to appear at Cleary College in Michigan this October, and the bloggers have already launched into action—thus far, unsuccessfully. But consider the mentality behind it: “I, for one, will not rest until I hear that Ann Coulter is not going to appear in October,” Julielyn Gibbons, one leader of the opposition, said. Coulter is often deliberately controversial, making it somewhat less shocking when she is publicly confronted. But the censorship of conservative speakers is general in nature.

Shapiro showed how widespread the trend is: “The Center for the Study of Popular Culture researched the political views of graduation speakers over a 10-year period, covering 32 colleges, including all Ivy League schools. Speakers with liberal ideas outnumbered speakers with conservative ideas by a margin of 226-15. Twenty-two of the 32 schools surveyed did not invite a single conservative to speak; during the same period, they invited 173 liberals.” Shapiro himself has faced similar censorship. In his time as a columnist for the campus newspaper uclaDaily Bruin—the only conservative voice the paper had—his articles about the extreme Muslim sect at the university were consistently rejected. After a final attempt to print one of his articles exposing the extremism—largely by quoting the school’s Muslim publications—a frustrated Shapiro reported the censorship to local media and was consequently fired from the school newspaper: “In my time at ucla, I had seen columns comparing Ariel Sharon to Adolf Eichmann; columns justifying suicide bombings; editorials ripping Israel; news articles openly issuing calls to ‘Free Palestine.’ But the Bruin could not bear to print a column merely quoting the Muslim student media on ucla campus.”

It is worth noting that this extreme one-sidedness has become far more pronounced in the last generation. Over a 15-year period between 1984 and 1999, self-described liberals on college faculties increased from only a slight majority to a 5 to 1 majority. In a 1984 Carnegie study, 39 percent of professors identified themselves as liberals. In a 1999 North American Academic Study survey, this number had grown to 72 percent; only 15 percent of the faculty members classified themselves as conservatives, down from 34 percent in 1984.

Even courts have gotten into the business of supporting liberal views in universities. In November 2004, the Third Circuit in Philadelphia ruled that colleges can ban military recruiters in order to protest the exclusion of homosexuals from military service with the support of the First Amendment. The dissenting opinion noted that the military’s policy against homosexuality had already been judged by a number of courts as constitutional. Thus, to prevent the military from recruiting on campus is tantamount to saying that the military itself is a violation of education policy in the United States!

This opposition to conservative ideology in universities is a form of tyranny—a deliberate blocking of the free speech that the Bill of Rights guarantees.

Of course, we shouldn’t expect liberal professors in universities to espouse conservative ideology; each has his or her viewpoint and, at least in the United States, a right to express those views. But such freedom is simply not being extended to conservative voices. When my geology professor attributed our breathable atmosphere to random chance, I may have scratched my head in perplexity, but it never occurred to me to try to mute his commentary as liberal activists now regularly do to conservatives.

In many cases, this blackballing of conservative commentary means suppressing the truth. Consider a few of the examples above: Pipes was speaking out against terrorism against Israelis; Shapiro was trying to expose an element on campus that supported the most extreme form of Islam; a man was prevented from speaking because he supports upholding U.S. immigration law rather than allowing it to be violated without penalty; the U.S. military itself is barred from speaking in some universities. This is a deliberate suppression of truth—of exposing evil and honoring what is honorable—in favor of things that are against truth and against God.

As ugly as this trend is, it shouldn’t shock us: End-time biblical prophecies said it would happen.

The evolutionary basis for much of university teaching—when God Himself is barred from the classroom under the guise of “separation of church and state”—is a perfect example of changing the truth of God into a lie and worshiping God’s creation rather than the all-powerful Creator Himself—which the Bible itself tells us to expect (Romans 1:25). Rather than guiding and nurturing the young, preparing them to live uprightly, the professors entrusted with their education pollute their minds with anti-God thinking.

The crux of the problem is this: Man exalts his own flawed, human reasoning above the truth of God. Because men do “not like to retain God in their knowledge, God gave them over to a reprobate mind …” (verse 28). These professors—and their students in turn—have cut themselves off from the source of true education—revelation from our Creator God about how to live.

Schools don’t—and can’t—offer their students true education in right living because God has been forcibly shut out of our universities. The precept of separating church and state, intended to protect freedom of religion, has been used to eliminate religion as part of America’s national identity.

The phenomenon is not new. The choice to reject godly education is as old as man himself!

Bible history reveals that when the first man, Adam, chose to eat of the forbidden fruit, he rejected God as the true Revealer of knowledge. He observed his situation, used his own human reasoning to determine that he could eat of that fruit, and then conducted the first-ever human “scientific” experiment to see what would happen. Adam’s offspring have been doing the same thing ever since—relying on observation, experimentation and human reasoning for the acquisition of material knowledge.

As any university student should realize, the educational system needs a profound adjustment.

In 1947, Herbert W. Armstrong established a college. He later wrote: “It definitely was not because this world needed another college. There were too many of this world’s institutions of higher education already!” Even at that time, most college students were not filled with hope by their education—not learning how to practically apply right, biblical principles in order to truly succeed in life. Mr. Armstrong succinctly evaluated the cause of the education crisis and why this new college was necessary: “The most essential knowledge is the purpose and meaning of life—the true values as distinguished from the false—and the way to peace, happiness and abundant well-being. But this basic and most important dimension in education is entirely missing from traditional curricula.”

The problem is far worse today, when the very notion of right and wrong is no longer part of our university system. Society views absolutism as the greatest crime of all! That is one reason the Trumpet’s editor in chief, Gerald Flurry, established a college in 2001.