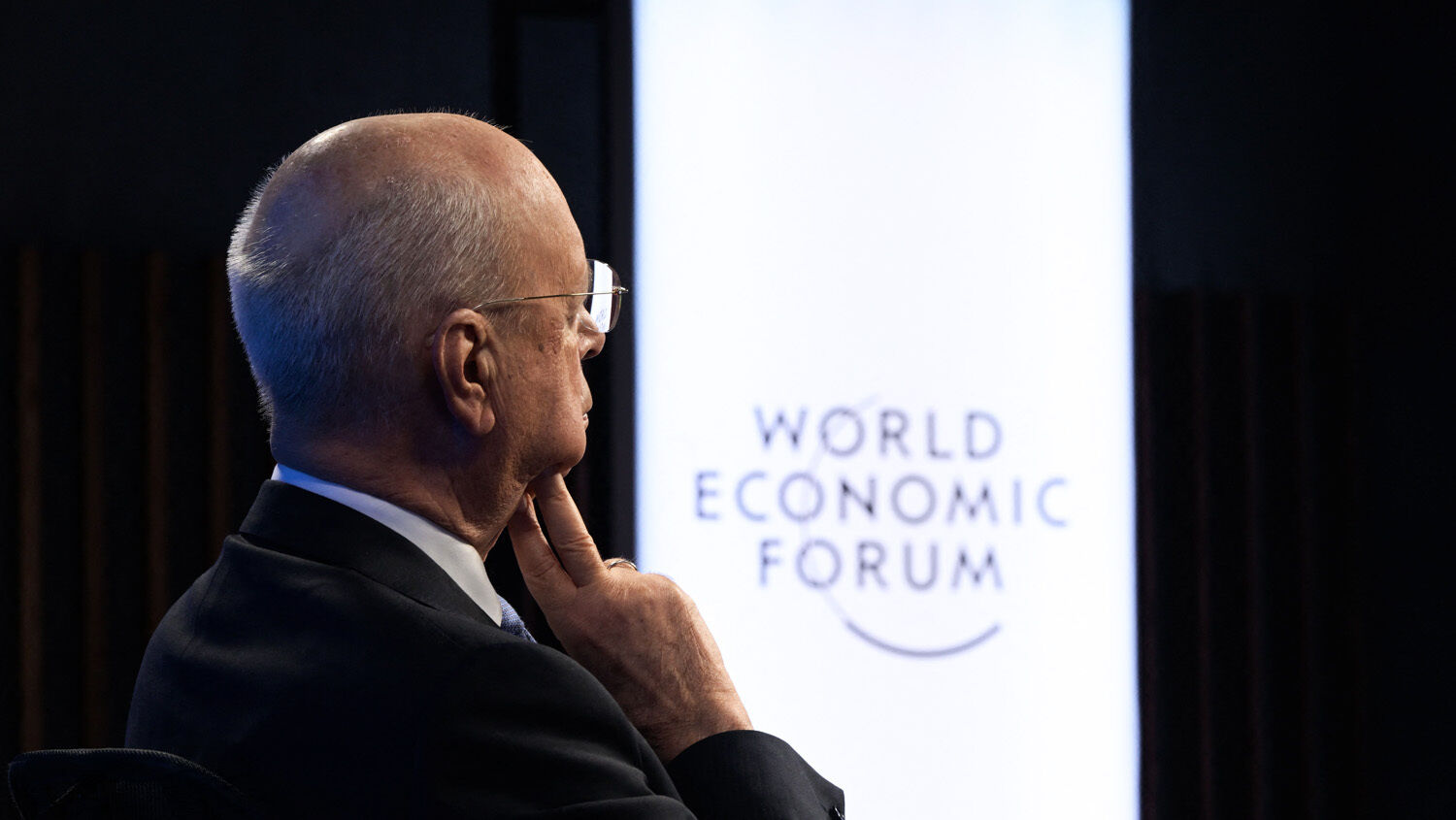 Founder and Executive Chairman of the World Economic Forum (WEF) Klaus Schwab is seen at the opening of the WEF Davos Agenda virtual sessions at the WEF’s headquarters in Cologny near Geneva on January 17, 2022.
FABRICE COFFRINI/AFP via Getty Images

World Economic Forum founder Klaus Schwab has long been an open admirer of Communist China. So it should be no surprise that Chinese Vice Premier Liu He chose this year’s Davos Summit to announce that China was eager to revive business relations with the West after the covid-19 pandemic.

Many people fear China’s Belt and Road economic initiative will undermine European unity and cleave the trans-Atlantic alliance, yet Schwab says that “China is a model for many nations,” and he works hard to include China in the community of nations. China’s socialist market economy closely resembles the “stakeholder capitalism” Schwab wants the world to accept.

Great reset: The World Economic Forum (wef) is calling for a “great reset” in the wake of the coronavirus pandemic. Instead of free markets, this globalist group says the world should implement wealth taxes, government regulations and massive infrastructure spending programs. Having shut down the global economy, they want to convert it into a socialist system.

Klaus Schwab was born in 1938 to Eugen Wilhelm Schwab, a director at a company that used slaves to manufacture key atomic bomb technologies for the Third Reich. He is also a colleague of Dr. Hermann Abs, the most powerful commercial banker in the Third Reich. According to Adam LeBor’s book Tower of Basel: The Shadowy History of the Secret Bank That Runs the World, Abs was arrested after World War ii but only served a three-month sentence. After his release, he helped German Chancellor Konrad Adenauer rebuild Germany and served as chairman at the first meeting of Schwab’s World Economic Forum (then called the European Management Forum) in 1972.

Prophecy says: Biblical passages such as Revelation 17 reveal that a great beast will descend into a bottomless pit before reemerging to wage war on the kingdoms of this Earth. The late Herbert W. Armstrong explained in his booklet Who or What Is the Prophetic Beast? that this beast has seven heads because the Holy Roman Empire will be resurrected seven times. Adolf Hitler’s Third Reich was the sixth head of this beast, but his national socialist movement went underground after the World War ii. It appears to be gone, but Bible prophecy says it will “ascend out of the bottomless pit” once again. The efforts of Schwab and others like him to revive European fascism could be tremendously significant.