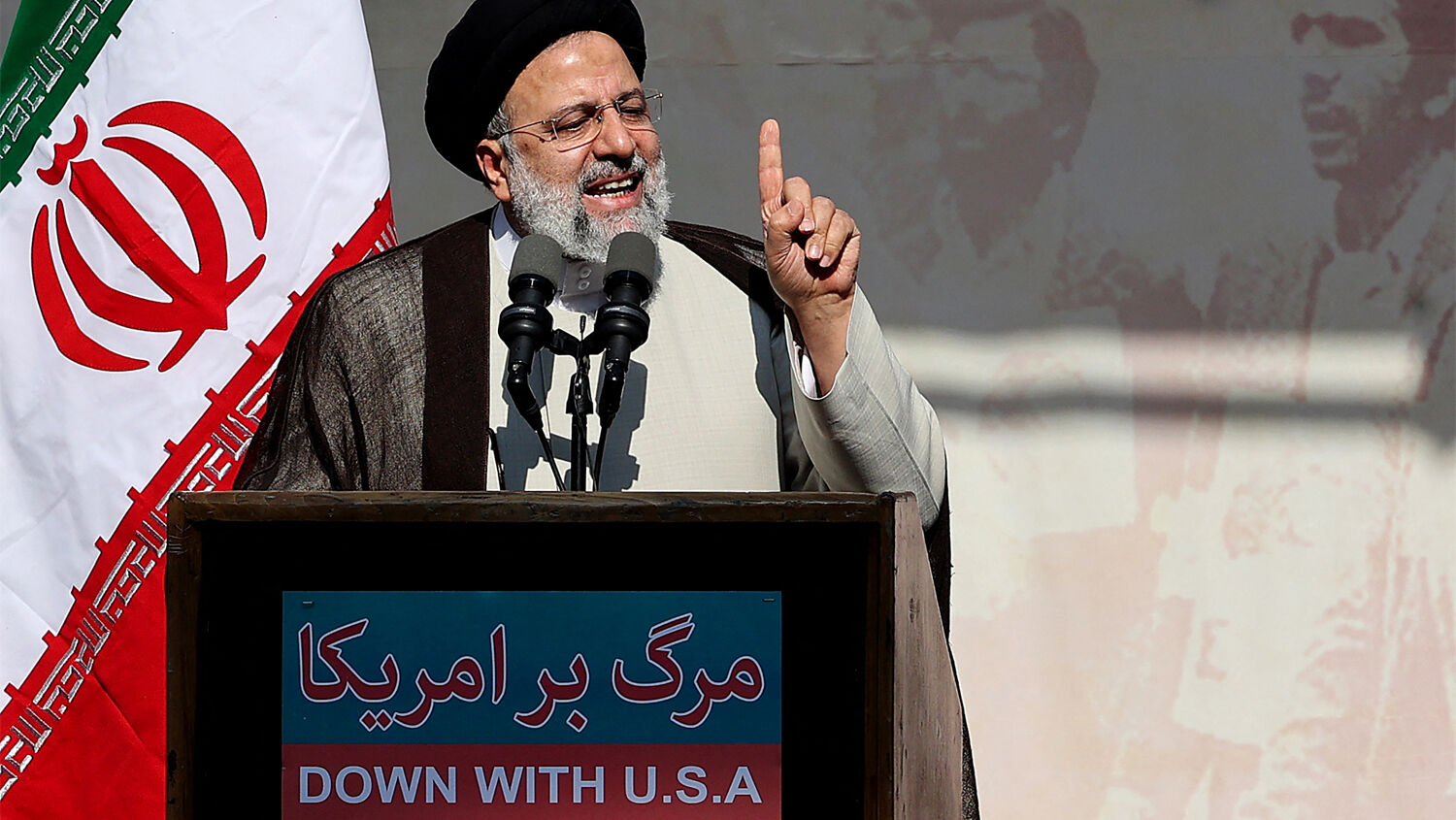 Iran’s President Ebrahim Raisi gestures as he speaks during a rally outside the former U.S. embassy in the capital Tehran on November 4, 2022, to mark the 43th anniversary of the start of the Iran hostage crisis.
ATTA KENARE/AFP via Getty Images

Since Joe Biden entered the White House in 2021, the United States has made it a priority to negotiate a nuclear deal with Iran. After Iran started supporting Russia in the Ukraine war, support for such a deal has wavered. An Iranian-American asked Biden if a nuclear deal was still on the table. Biden’s response: “It is dead, but we’re not gonna announce it.”

President Biden asked if he will announced the Iran deal is dead by Iranian Americans:

“It is dead but we’re not gonna announce it”

Anonymous U.S. officials told Haaretz that a deal is still going on. “[T]hey gave the impression,” Haaretz published this morning, “that despite the challenging situation a significant twist in the nuclear deal was coming within … a few months.”

Still on the table: Meanwhile, the Iranian government admitted yesterday a deal is still in the works. Iranian Foreign Ministry spokesperson Nasser Kanani gave a press conference where he called the U.S. “two-sided and contradictory in its approach.” He claimed the U.S. gives “negative positions” on the deal. Washington’s message to Iran, however, is that an “agreement is still on the table and the window is still open.”

An Iranian nuke: The reason Iran’s nuclear program is so controversial is its thinly veiled ambitions to acquire a nuclear bomb. A nuclear weapon in the hand of an Islamist regime would spell disaster for the world. Iran did not abide by the previous agreement, signed in 2015. But removing sanctions meant Tehran was flush with cash at the same time. We’ll see what the “significant twist” will be in the coming months. Until then, read “The Worst American Foreign-Policy Blunder 2” from our May-June print issue. It helps reveal the true significance—and danger—of the latest nuclear negotiations.