What the Nobel Peace Prize means for Russia, Ukraine and Belarus 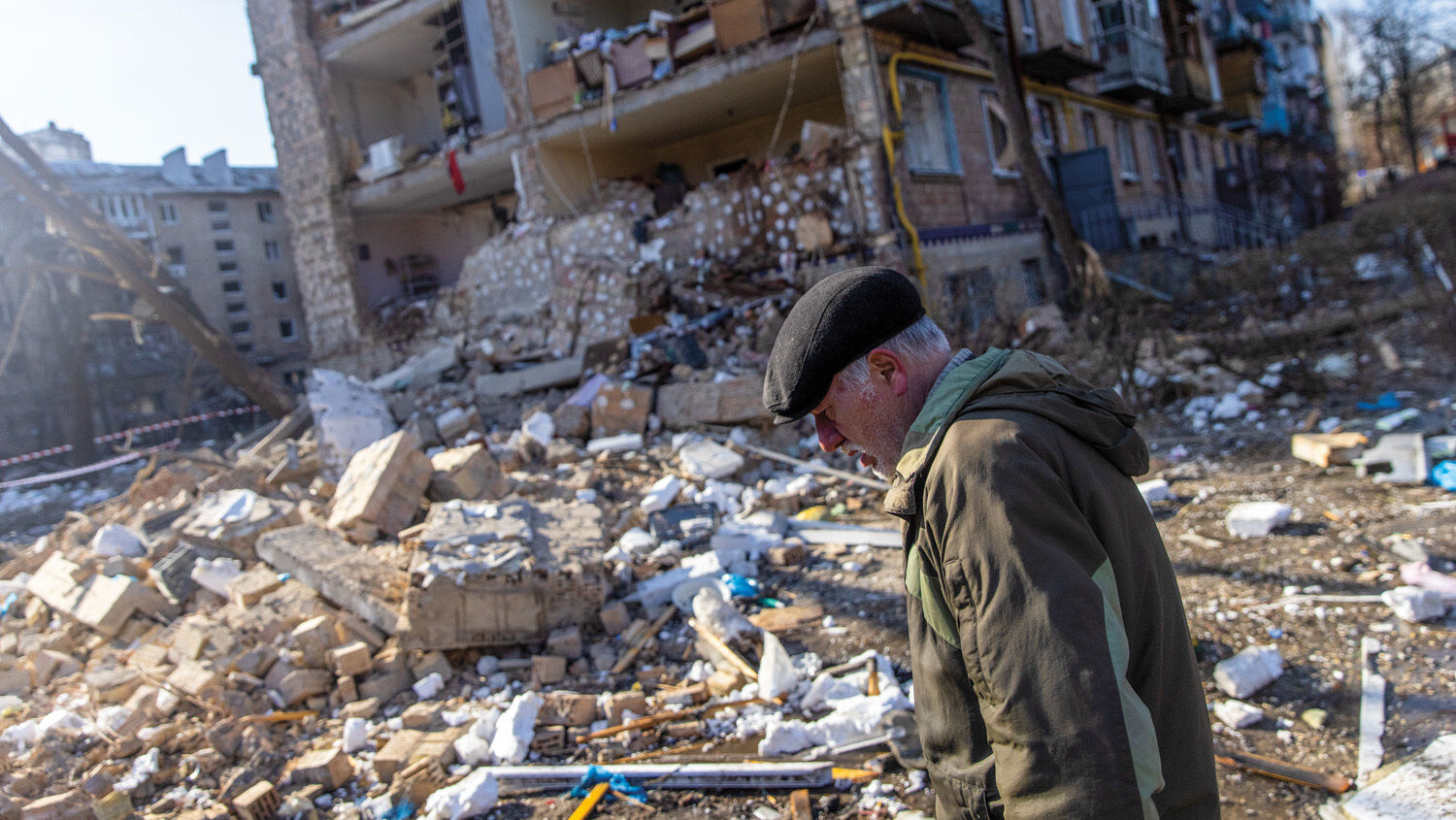 What the Nobel Peace Prize means for Russia, Ukraine and Belarus

War in Europe since World War ii has shattered the Continent’s fragile peace. As bloodshed rages on in Ukraine, questions are swimming in people’s minds: How did this happen? Can it be stopped? Is nuclear war coming? Is peace always an illusion?

The home nations of all three recipients are significantly involved in the current war. Ukraine of course is ground zero for the conflict. Belarus, an ally of Russia, let Russian troops use it as a launch pad for the invasion. But awarding the prize to a group from Russia—the instigator of the conflict—right when Russian President Vladimir Putin ramps up his attack on the freedoms of Russians at home—is noteworthy.

Memorial was founded in 1989 as a decentralized association of organizations with a common purpose of exposing the Soviet Union’s historical injustices. Its first chairman was famed Soviet dissident Andrei Sakharov. After the Soviet Union fell in 1991, Memorial was a leader in recording and teaching the histories of communism’s victims. It has attracted a lot of publicity for its work and won many accolades over the years. But 2022 proved to be a watershed year for the worse for Memorial.

Russian forces in the war on Ukraine have committed atrocities not unlike those of the Stalinist period that Memorial hoped would remain in the dustbin of history.

Hitting closer to home, 2022 was also the year of Memorial’s dissolution in Russia. Its two largest branches, Memorial International and Memorial Human Rights Center, both based in Moscow, were liquidated by court order on Feb. 28, 2022, just days after Putin expanded his war on Ukraine into a full-scale invasion.

“The [Nobel] prize was awarded at a time when Russia is waging an aggressive war against Ukraine, and the rights and freedoms within Russia itself are being violated every second,” Natalia Petrova, Memorial’s press attaché, told the Trumpet on Oct. 7, 2022. “And now, more than ever, it is important to recall the thesis formulated many decades ago by Andrei Sakharov: peace, progress, human rights—three inextricably linked goals. You cannot achieve one of them while neglecting the others.”

The war has also brought contemplation of what it means to be a Russian organization while Russians are committing war crimes across the border. “Before February 24, we felt ourselves first of all as victims of the current regime,” Irina Galkova, director of Memorial’s museum in Moscow, told the Trumpet on Oct. 21, 2022. “After the war was proclaimed, this feeling changed, because now we feel our responsibility for the crimes committed by this regime that we could not prevent and we cannot change currently. And it’s quite a horrible feeling.”

Memorial’s Nobel Peace Prize coincided with a court trial over the rights to Memorial International’s property. The organization hoped that the property could be transferred to one of its other branches. But the state confiscated the property.

This makes receiving the Nobel bittersweet. Soon after the prize was awarded, Russia launched a particularly brutal military strike against Ukraine, “and it was so frightening and horrible that you just could not be happy about getting this prize,” Galkova said. “When you get the peace prize in the situation of war, you cannot be calm about it. Because there is no peace. You got this prize, but there is no peace. And you cannot be calm until the peace comes as a reality.”

Institutions like the Norwegian Nobel Committee and Memorial are intended to memorialize the past and to stop similar atrocities in the future. Yet the atrocities keep coming. And there’s very little anybody can do about it.

This is the great paradox of peacemaking. Men want peace, celebrate peace, and award peace prizes, yet are ultimately incapable of having peace.

Blessed Are the Peacemakers

Jesus Christ said, “Blessed are the peacemakers: for they shall be called the children of God” (Matthew 5:9). Yet man’s efforts to make peace have been anything but “blessed.” As another Bible verse states, “The way of peace they know not …” (Isaiah 59:8).

Herbert W. Armstrong, editor in chief of our predecessor magazine the Plain Truth, was present in San Francisco for the inaugural conference of one of humanity’s greatest efforts toward peace, the United Nations.

“Yes, the efforts to form a world peace-enforcing government here are proving, in themselves, a continuing contest, punctuated by constant strife,” he wrote. “I do not see peace being germinated here, but the seeds of the next war!” (Plain Truth, December 1948).

He referred to comments by representatives from Lithuania, Latvia, Estonia and Yugoslavia, countries that were succumbing to communism, many of whom warned that millions could become victims of political repression.

“Success of the United Nations’ effort for world peace requires complete harmony between the Big Three,” Mr. Armstrong continued. “But if America and Britain are to achieve harmony with Russia, it is already apparent it will have to be at the cost of justice in the smaller Baltic and Balkan nations, and Poland. And if the rights of these helpless millions are to be trampled upon with impunity as the price of peace with Russia, then we still have no peace!”

Today’s similarities to the past are striking. Wars rage, enemies negotiate, smaller nations are betrayed, millions are victimized—and “we still have no peace.”

The problem is not Russia, Belarus, Ukraine or even the worst of their leaders. The problem is human nature. As the Bible shows and Trumpet editor in chief Gerald Flurry has often emphasized, there is no hope in man.

Does this mean peace will never come?

Despite the dire situation in Eastern Europe, in the world at large, and in the bloodstained record of humanity, there is cause for hope. The Nobel Peace Prize at least shows downtrodden people in organizations like Memorial, Viasna and the Center for Civil Liberties this one thing: Someone does notice their desire and efforts toward peace.

And Someone far beyond the Norwegian Nobel Committee notices—hearing the groans of people rotting in prisons in Moscow and Minsk, the sobbing of parents in bombed-out and bloodied childrens’ bedrooms in Kyiv, the hopeless in war zones and labor camps across the world and across history.

The Prophet Isaiah wrote that human beings simply do not know “the way of peace.” It is a capability we simply have never had. Yet the way to peace does exist. In a handful of examples, this “way to peace” has even been implemented in living memory with real, tangible results.

Special thanks to Memorial for collaboration and access to source material. 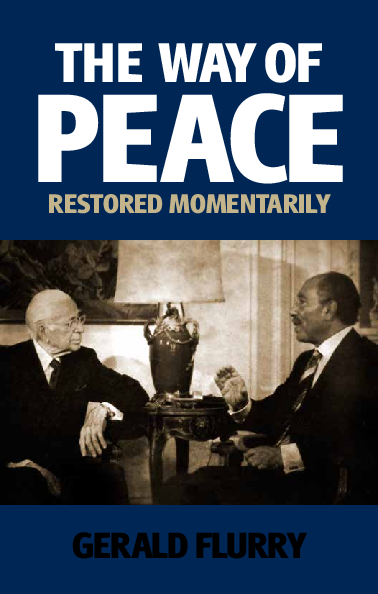 The Way of Peace Restored Momentarily
A powerful and genuine example of peace was given to this world for a tiny period of time. (Was it prophesied in your Bible?) When you see how people reacted to it, you can understand why we have no real peace in this evil world. Nevertheless, we are about to have world peace in spite of man and his human nature.
From The January 2023 Philadelphia Trumpet
View Issue FREE Subscription
Next
Previous