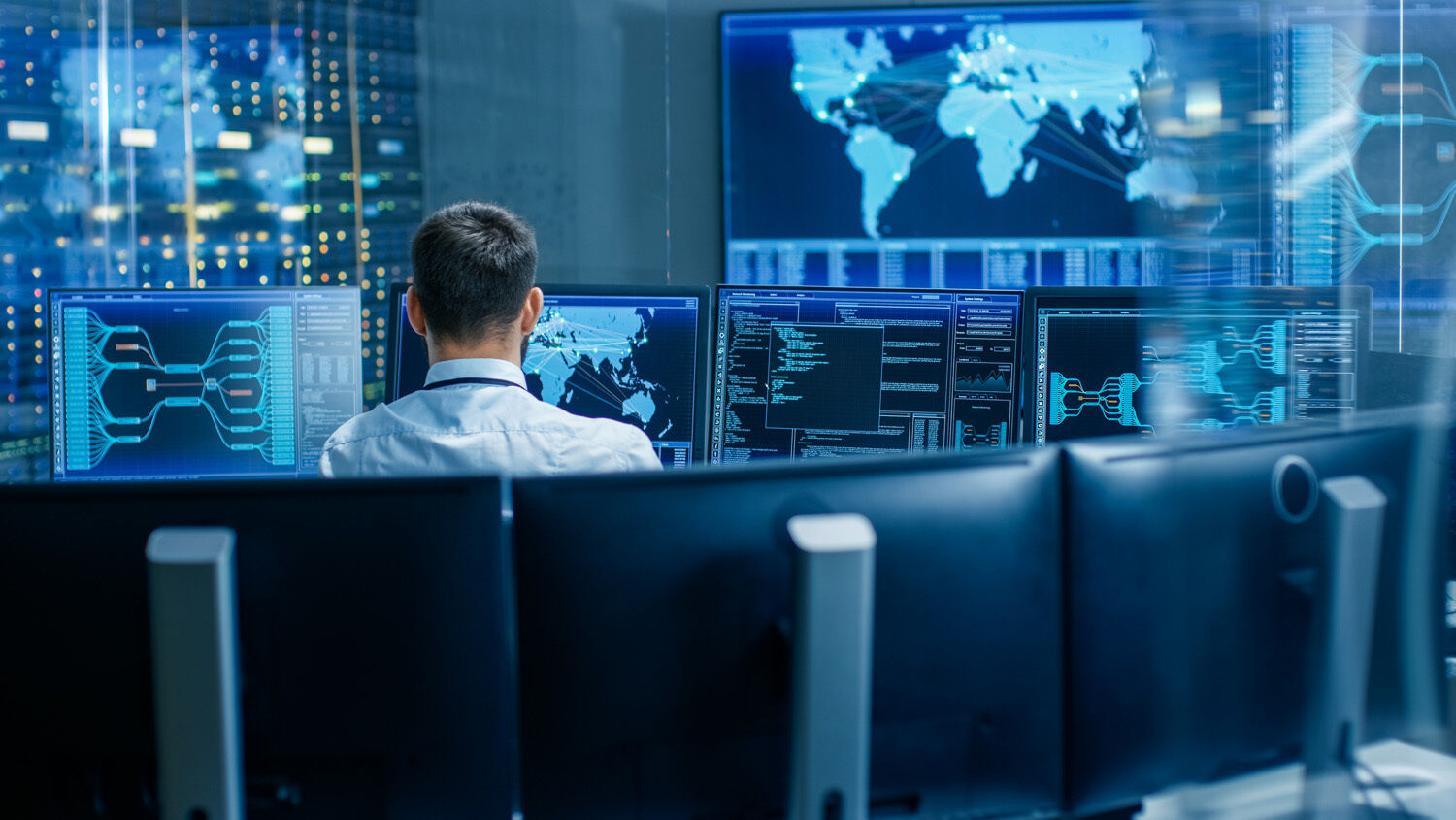 Pegasus spyware: ‘A grave threat to democracy on the entire Continent’

“Democracy is under attack” is becoming a common talking point of politicians. But what does “democracy under attack” look like? Ask some of these politicians, and their answers may revolve around abortion restrictions, or fossil fuel use and climate change, or even Donald Trump.

None of these things are actually threats to democracy. We got a very good look at a real threat on November 8—not in America, but in Europe.

That day, the European Parliament’s pega committee held a press conference on the first draft of the final report on the use of Pegasus software by European Union governments. Pegasus is spyware software developed by the Israeli firm nso, which made waves last year when it was reported the software was being used by governments to target journalists, human rights activists and other “opponents.”

Pegasus is a scary tool for hacking electronic devices like smartphones and computers. According to an EU press report, it gives “complete and unrestricted access to all sensors and information of the targeted device. It can read, send or receive messages that should be end-to-end encrypted, download stored photos, collect passwords [and] it has full access to the phone’s camera, microphone and geolocation module.”

The European Parliament set up the pega committee in March to investigate Pegasus’s use in the EU. The report shows that secret data collection is so widespread that pega committee rapporteur Sophie in ‘t Veld called it “a grave threat to democracy on the entire Continent.”

“The spyware scandal is not a series of isolated national cases of abuse,” the report reads. It is “a full-blown European affair. EU member state governments have been using spyware on their citizens for political purposes and to cover up corruption and criminal activity. Some went even further and embedded spyware in a system deliberately designed for authoritarian rule.”

The country most singled out in the report was Poland, led by the far-right Law and Justice (PiS) party. Poland reportedly obtained Pegasus in 2017. Since then, it has used it to spy on political opponents at levels not seen since Communist times. “The scope for legal surveillance in Poland has been expanded to the near unlimited,” the report reads. “All safeguards have been eliminated, the government parties have full control and victims have nowhere to turn.”

Krysztof Brejza, an opposition senator, was among those targeted by Pegasus. He was leading the opposition party Civic Platform’s election campaign for the 2019 Polish parliamentary elections. His phone was hacked at least 33 times that year alone. Some of Brejza’s text messages were allegedly stolen and later aired on state television in a smear campaign. PiS narrowly won the election that year.

Another prominent person targeted was Roman Giertych. Between September and December 2019, his phone was hacked as many as 18 times. Giertych was the personal lawyer of Civic Platform’s leader Donald Tusk. Tusk was also president of the European Council at the time.

Another country the report singled out was Hungary. Hungarian Prime Minister Viktor Orbán is a perennial perpetrator of democratic backsliding. The pega committee’s report gives insight in how far Orbán is willing to go to preserve power. It has been confirmed that over 300 Hungarians were spied on by Pegasus. This includes “political activists, journalists, lawyers, entrepreneurs and a former government minister.” This apparently includes Orbán’s own bodyguard, showing “the growing paranoia of the Hungarian prime minister.” The report called Hungary’s legal instruments overseeing spyware “some of the weakest such provisions in Europe.”

Regarding Poland and Hungary, In ‘t Veld said that “spyware [in those countries] is an integral element of a system—a system which is designed to control and even oppress the citizens. That is, the critics of the government, opposition, journalists, whistleblowers. And the whole system is very methodically set up. It’s not by accident.”

Greece has also been implicated. In this instance, not with Pegasus but with a similar spyware: Predator. This includes some high-profile politicians in the birthplace of democracy. Nikos Androulakis, the leader of Greece’s opposition party pasok, reportedly had his phone hacked while running for party leadership. Christos Spirtzis, a member of Parliament of the Syriza party, had his phone hacked the same day he questioned the Greek government on Greek intelligence’s surveillance practices. Even members of the ruling government reportedly were targeted by Predator. An unconfirmed list of targets from the Greek news medium Documento named 33 people, including a former prime minister and a former EU commissioner, who were reportedly targeted by Predator. The pega committee says the list “suggests that the abuse of spyware is systematic, large-scale and part of a political strategy.”

Another country implicated was Spain, where government spyware attacks seem to be focused on politicians from the autonomous region of Catalonia. Catalonia has a strong independence movement that could break up the Spanish state. The pega Committee listed 65 Catalonians who were targeted with spyware. The Spanish government has admitted to legally spying on 18 of them. These include Catalonian President Peres Aragones and former President Carles Puigdemont.

Puigdemont years ago tried to force Catalonian independence without Madrid’s consent and allegedly had the support of Russian mercenaries and intelligence agents. So Spain’s use of spyware may be more legitimate than some of the other state actors.

But this isn’t the story of just a handful of countries. “We need to recognize that all member states have spyware at their disposal—all of them,” In ‘t Veld said. “Even if they don’t admit it, they do.” In ‘t Veld listed Austria, Belgium, Bulgaria, Cyprus, the Czech Republic, France, Germany, Ireland, Italy, Luxembourg, Malta and the Netherlands as playing various parts in the spyware scandal.

Altogether, these represent a majority of the EU’s 27 member states.

Some of these countries are well known for their erosion of human rights. As explosive as some of these revelations would be, they aren’t out of character. It’s also not too shocking that such governments wouldn’t want to cooperate with the pega committee.

What is shocking is that the European governments—and the EU—are covering for each other.

There has not been any official response to the scandal by the European Council. Member state governments have largely declined the invitation to cooperate with the pega committee. Some governments downright refused to cooperate, others were friendly and polite but did not really share meaningful information. Even a simple questionnaire sent to all member states about the details of their national legal framework for the use of spyware has hardly received any substantial answers. Literally on the eve of the publication of this draft report, the pega committee received a joint reply from the member states via the council, also without any substance.

The European Commission has expressed concern and asked a few member state governments for clarifications, but only those cases where a scandal had already erupted at national level. The commission has shared—reluctantly and piecemeal—information concerning the spyware attacks on its own commission officials.

Europol has so far declined to make use of its new powers to initiate an investigation. Only after being pressed by the European Parliament, it addressed a letter to five member states, asking if a police inquiry had started and if they could be of assistance.

The pega committee went so far as to accuse Europe at large of practicing omertà—a “code of silence” among Italian mafia groups. It means they protect each other by refusing to cooperate with the authorities, even if they are investigating their rivals.

The EU has been at loggerheads with illiberal governments in nations like Poland and Hungary for years. Brussels is often their biggest accuser of destroying democracy and the rule of law. Yet the EU seems perfectly happy to protect them when it comes to spying on opposition politicians and journalists. Even when one of the victims was the commission president’s lawyer.

And if spying on opposition politicians, journalists, human rights workers and the like is tolerated across Europe, that means Europe is starting to devolve away from democracy. In Poland’s case, the use of Pegasus may well have contributed to changing election results. That this can be tolerated—and even protected—by EU institutions shows, despite all the tough talk, Brussels has accepted this hybrid-democracy model within the EU.

Many of the countries implicated in the Pegasus scandal were part of the Communist bloc just a few decades ago. In Hungary’s case, Viktor Orbán came to power as an anti-Communist activist. Yet these countries have no qualms about using Communist-style surveillance techniques against their political opponents. Apparently, neither does Brussels.

Within the Pegasus scandal are the seeds of a Europe-wide surveillance state. The targets at this point may be few and high-profile. But if governments can get away with spying on powerful people, what’s to stop them from spying on the little guy?

As In ‘t Veld said, “When it comes to defending the most important thing—democracy and freedom—Europe is weak and impotent.”

In short, it means we’re seeing the start of the Orbánization of Europe as a whole. If Europe’s recent history is any guide, this means really bad news for Europe and Europeans.