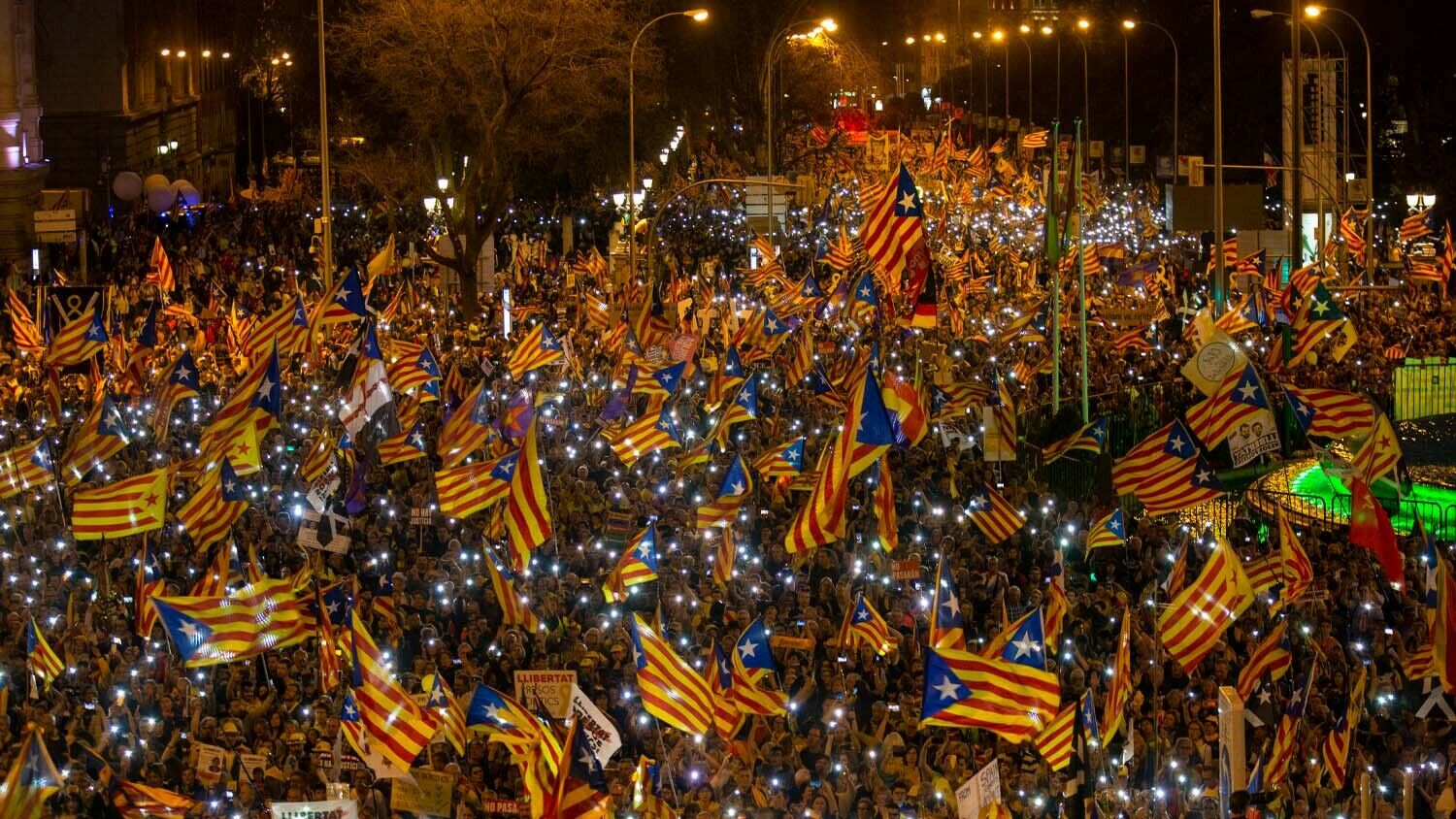 Will it take the meddling of Russia to turn Europe into a superpower?

The New York Times reported on September 3 of new evidence suggesting that Russia was pressuring the breakup of Spain in 2019. The report suggests Russia was intimately involved in the recent Catalonian independence movement.

Catalonia is an autonomous region within Spain. Barcelona, its capital, is Spain’s second-largest city and a major economic center. Catalonians speak Catalan rather than Spanish. Many see themselves as a separate people who deserve their own state. This sentiment peaked in 2017 when Catalonian President Carles Puigdemont organized an independence referendum. Puigdemont declared the referendum binding with or without Madrid’s consent. The Spanish government snuffed out the referendum vote and arrested Catalonian pro-independence politicians while it sent others running. Puigdemont fled to Belgium and currently serves as a member of the European Parliament.

2017 wasn’t the end of the separatists’ dream. Puidgemont and his associates haven’t quit the fight. And reports obtained by the New York Times show that they didn’t cut off their contacts in Moscow.

One of the men Alay met was Russian businessman Alexander Dmitrenko, a lobbyist for Russian assistance in an independent Catalonian economy. They plan for Russia to build Catalonia’s banking, telecommunications and energy systems.

Alay also met with several high-profile figures in the Russian intelligence community. He met with Oleg Syromolotov, former counterintelligence head in Russia’s Federal Security Service (the successor to the kgb). He also met with Yevgeny Primakov, head of a Russian cultural agency suspected to be a front for Russian intelligence, and Andre Bezrukov, an infamous former kgb agent who lived for years undercover in the United States. Alay at one point said he was “working for The Americans.” The Americans is a U.S. television series based off of Bezrukov’s life.

Several months after Alay’s Moscow trips, an independence group called Democratic Tsunami took Barcelona by storm. They occupied the Barcelona airport and the offices of one of Spain’s biggest banks. They also closed a highway connecting Spain with France. Several days after the occupation of the airport, two high-ranking Russian intelligence agents flew to Barcelona to meet Alay and Dmitrenko (who’s wife is Catalonian) to discuss the independence movement. The New York Times’ source offered no further details.

The Organized Crime and Corruption Reporting Project reported more of the story on September 3. Spanish police arrested Alay last year and seized his phone as evidence. His phone showed text messages between him and Puigdemont’s lawyer, Gonzalo Boye. They discussed issues relating to politicians causing trouble for the Kremlin. When Sviatlana Tsikhanouskaya, the leader of the democratic opposition to Russia’s puppet regime in Belarus, visited the European Parliament, Puigdemont welcomed her. In the feed, Boye texted, “We have to tell the Russians that this is just to mislead.” Prominent critic of Russian President Vladimir Putin, Alexei Navalny, was also discussed.

All this implicates Puigdemont and his allies as being in Moscow’s pocket. Russia’s considering sending soldiers to Spain—an important European Union and North Atlantic Treaty Organization member—is terrifying.

Putin is one of Europe’s most threatening neighbors. Europeans have been terrified of a Russian invasion for decades. But it’s not only Russian tanks steamrolling from the east that Europe has to fear. Russia could take advantage of Europe’s various independence movements. Putin could dissolve entire countries through ethnic and cultural squabbles.

In 2017, Putin compared Catalonian independence with the fall of the Iron Curtain. “There was a time when [the West] welcomed the collapse of a whole series of governments in Europe, not hiding their happiness about it,” he said. “We talk about double standards all the time. There you go.”

Could Putin cause modern European countries to crumble as the Communist regimes did?

Today, it’s Spain and Catalonia. Who will be next? Split Belgium between Flanders and Wallonia? Have Hungarians in Romania revolt? Sponsor Bosnian Serbs to secede from Bosnia-Herzegovina?

Spain is the fourth-largest economy in the EU. Business Insider ranks it as having the seventh-most powerful military in Europe. It is no small country. If Russia could attack a powerful country like Spain, then no European country is immune. If Russians could contemplate sending 10,000 soldiers into Spain, then all of Europe is vulnerable.

Europe can’t have incidents like this happen over and again. Europeans know Moscow is not going to stop until they stand up for themselves.

Something has to change in Europe.

A menacing Russia is one of Europe’s biggest dangers. But it’s not the only one. The stream of refugees from the Middle East—and Islamist terrorists with them—never ends. Weaker economies like Greece threaten to drag the economy of all Europe into the abyss. Brexit shows how the union could be voted out of existence.

Is Europe as we know it doomed?

Europe will unite and it will become a formidable global dynamo. The unity Europe attains will not be perfect; it will not come about easily or peacefully; and it certainly will not endure. But Europe is going to become a united superpower and a serious, daunting global power. The emergence of this new Europe will have far-reaching and dramatic consequences for us all.

Learn what those “far-reaching and dramatic consequences” are and how Europe will get there by requesting a free copy of The Holy Roman Empire in Prophecy.