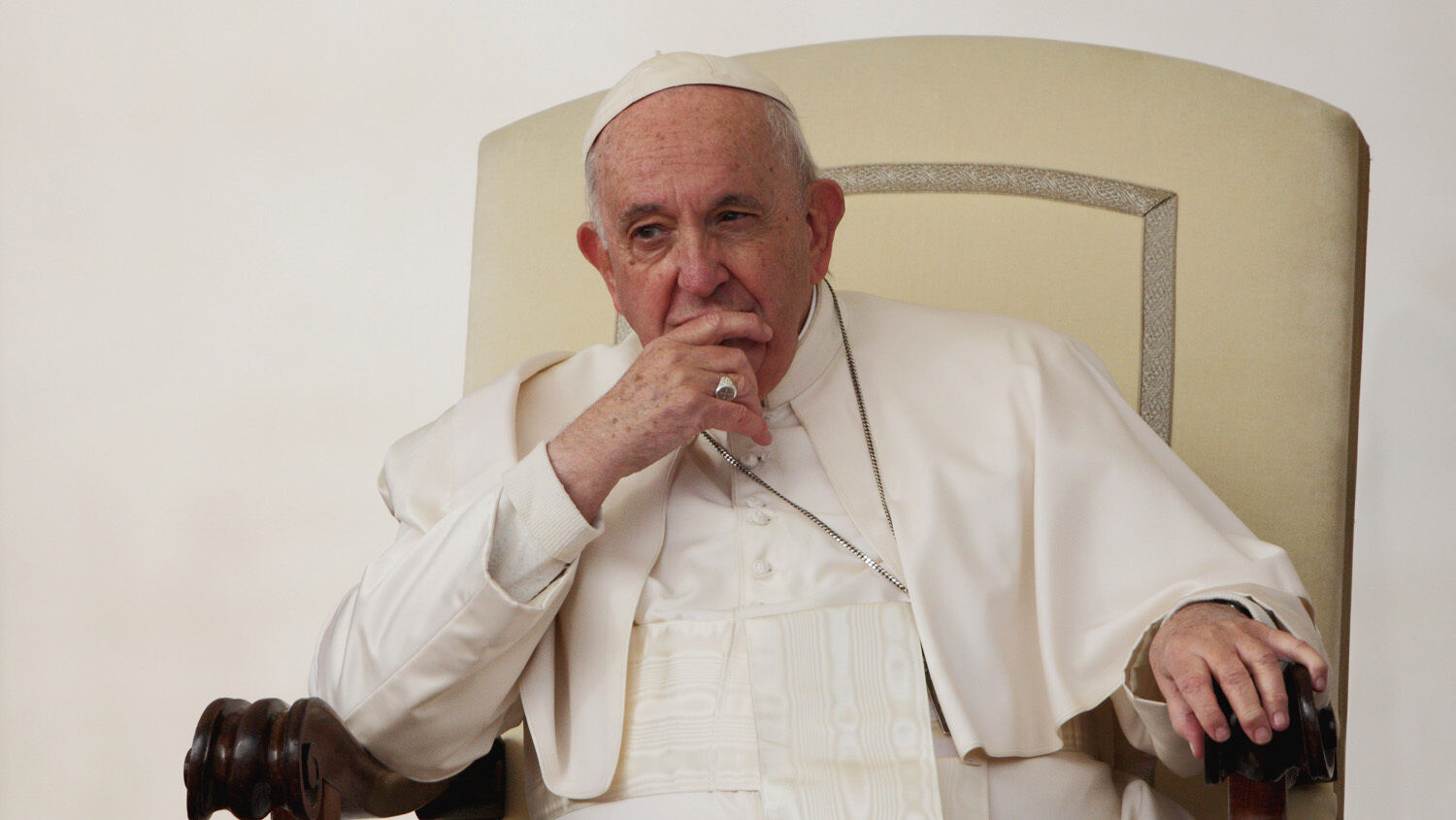 What is the pope up to?

The Vatican announced on October 22 that it has renewed a controversial deal with the People’s Republic of China. The accord deals with the appointment of bishops and communion between the Vatican and China’s Catholic Patriotic Association (cpa), a government-run “officially sanctioned” Catholic Church. The deal, first struck in 2018, is still provisional and was renewed once before in 2020.

The details have never been disclosed to the public; however, it is believed the deal allows the Chinese government to nominate bishops for vacant dioceses while giving the pope a veto over Beijing’s choices.

The 2018 deal was also supposed to bridge the gap between the Catholic Patriotic Association and the underground church. For decades, Vatican-China relations have been rocky. Since the 1950s, the only legal Catholicism in China was the cpa. The so-called “underground church,” loyal to the pope, is illegal and persecuted. Part of the deal involves the cpa recognizing the pope as the head of the church. The pope, meanwhile, allowed underground Catholics to stay out of the cpa if their conscience dictated so.

This makes Pope Francis the first pope acknowledged by the government-controlled church.

The deal is controversial. Only a handful of bishops have been approved in vacant dioceses since 2018. Beijing, meanwhile, has doubled down its repression of the underground church. One of the most outspoken critics of the deal was retired Bishop of Hong Kong, Cardinal Joseph Zen. (As a former British colony and autonomous city, “normal” Catholicism is legal in Hong Kong.) Zen has for years been trying to get the Vatican to drop the deal. But his pleas have fallen on deaf ears. He went to trial two months ago on charges related to his pro-democracy activism. In a mid-September press conference, a reporter asked Francis about Zen’s predicament. Francis blamed Zen for his own troubles. “[Zen] says what he feels,” Francis said, “and you can see that there are limitations there.”

Nevertheless, when asked about the deal in July, Francis told Reuters that “the agreement is moving well.” This is despite there being only six new bishops appointed since 2018. By comparison, there are over 70 dioceses vacant—some since before China became Communist. The actual level of Vatican involvement in the process is still anybody’s guess.

The Vatican’s positive words to Beijing don’t help other persecuted groups in China. Take, for example, the Uyghurs. They’re a Muslim group in China’s northeast that Beijing is committing literal genocide against. Uyghur activists who manage to escape China are trying to raise awareness in the West to get somebody to do something. The pope legitimizing Beijing’s approach to minority religions shows groups like the Uyghurs they don’t have an ally in the Apostolic Palace.

How much the Vatican is willing to overlook with this deal is eye-opening. Since the deal was founded, its underground church—the church that has stood with the pope for decades under Communist persecution—has been blindsided. A 90-year-old Hong Kong cardinal faces serious legal trouble. China’s crimes, like the Uyghur genocide, are overlooked. Chinese General Secretary Xi Jinping has taken unprecedented moves to rule China for life as a modern Mao Zedong. The Chinese government has “retranslated” the Bible to enforce obedience to the Communist Party while calling Jesus Christ a sinner. Catholic churches are forced to replace their religious iconography with portraits of Xi. Yet the Vatican still turns a blind eye to all of this to partner with Beijing. And according to the pope, this partnership is “moving well.”

Something really strange is going on.

Even with the deal’s details hidden, it’s clear China gets a lot. It gets its control over China’s Catholics legitimized. It gets the Vatican—which helped bring down the ussr—on its good side. And it can threaten to ax the deal as leverage against the Catholic Church in the future. But what does the Vatican get from the deal?

From what we can see, very little. China still nominates bishops. The Catholic Patriotic Association is still under the government’s thumb. The underground church is more persecuted than ever. The Vatican and Beijing still do not have diplomatic relations. A formerly schismatic church keeps doing what it’s doing with little compromise except it now pays lip service to the pope. And the flak Pope Francis has received from his own clergy and the media has been huge.

The only thing Pope Francis gets from this agreement is power. He is the first pope acknowledged by the Catholic Patriotic Association as its head. This is mostly ceremonial; Francis is only the cpa’s “head” as long as Xi lets him be. By accepting the cpa back into the fold technically means the Catholic Church in China is now an arm of the government. And Xi is apparently fine with Francis having more influence in an institution that previously answered only to him. Catholics comprise 6 to 12 million of China’s billion-plus population. It’s unlikely Xi sees them or Pope Francis as a threat to his rule. Xi would be fine with the Vatican increasing its influence in China if, say, this meant an eventual break in relations with Taiwan. The Vatican’s treatment of Cardinal Zen shows the pope has already accepted China’s control of Hong Kong.

The power that Francis gets from this deal is admittedly little—so far. But it’s still a start. It’s more than he had before. And it can be the basis for an increasing level of papal involvement in cpa affairs. The deal puts the Vatican’s foot in the door for future collaboration.

And remember that the deal’s details have never been publicly disclosed. We can only speculate why the Vatican is keeping quiet about what the deal actually entails. It could be the Vatican doesn’t want people to know how weak it was in making concessions. But Francis said “the agreement is moving well” despite the main provision of the deal (the appointment of bishops) having barely been implemented in four years. Who knows what Xi has offered that Francis is keeping hidden.

That the deal is still provisional shows the Vatican still isn’t satisfied with the final outcome. Francis and Xi were both in Kazakhstan on September 14 for different reasons. Francis tried to schedule a meeting with Xi there, but Xi reportedly snubbed him. Vatican Secretary of State Pietro Parolin recently said the Catholic Church wants to open an office in Beijing, but the Chinese government is saying no. The Vatican is pursuing Xi for some reason, and Xi is happy to play “hard to get” for now. Francis doesn’t want the current deal to be the final outcome, but he still likes it enough to keep it in place as is. In all likelihood, he is looking for some sort of arrangement where the Catholic Patriotic Association falls more under the Vatican thumb.

This isn’t the first time the Catholic Church has involved itself in the affairs of a totalitarian empire. The most notorious instance of this was in the 1920s, ’30s and ’40s with fascist Italy and Nazi Germany. Vatican City as an entity only exists because of a 1929 treaty with Benito Mussolini. The Vatican was instrumental in sponsoring Adolf Hitler’s rise to power and refused to help Jews escape the Holocaust. The Catholic Church also infamously helped smuggle many Nazis out of Europe after the war through the so-called “ratlines.”

If anything, the China deal is “business as usual” for the Vatican.

This is the great paradox of the Catholic Church. No political institution on Earth does such regular business with dictators and autocrats and does so with its reputation intact. Hundreds of thousands of tourists visit Vatican City every year to marvel at the Sistine Chapel and the Catholic Church’s art treasures. Everywhere the pope travels, masses of fans congregate hoping to get a glimpse of him. As the relatively recent America-Cuba normalization deal demonstrates, the pope is even viewed as an international mediator. He’s seen as an agent of peace. The Vatican looks like a lamb no matter how much it behaves like a dragon. In this case, in cahoots with the Chinese dragon.

“The Roman Catholic Church is the most recognizable and illustrious religion on Earth,” theTrumpet.com managing editor Brad Macdonald writes in The Holy Roman Empire in Prophecy. “Worldwide, it has more than 1.2 billion followers, roughly 400,000 priests and some 221,000 parishes. Catholicism has a presence on every continent and in every nation. Tens of millions of Catholics dutifully attend services each week. Around the world, Catholic priests and authorities are invited to contribute to conversations, public and private, on religion, politics, culture, morality and virtually every other subject.

“Yet despite its global ubiquity, colossal fame, material splendor and long history, the Catholic Church is an enigma. Even to lifelong Catholics. … The Catholic religion is the most famous Christian religion on Earth, yet it is shrouded in mystery.”

There’s more to the story than meets the eye. This isn’t merely a story about a flawed but well-meaning institution trying to navigate the complexities of world affairs. The roots of the Vatican’s current path lie deep in its history. By understanding its history, you can learn where the Vatican is headed—even in the near future.

Revelation 17 describes the Vatican as a woman riding a beast—or dominating an empire. God describes this church as having relations with worldly empires, or committing “fornication.” This church dominates one empire, but all “kings of the earth have committed fornication, and the inhabitants of the earth have been made drunk with the wine of her fornication” (verse 2). She does deals with empires around the world.

In these dealings with China, the Catholic Church is fulfilling this role. It is also rising in power in Europe. The rise of this religious empire is listed in the Bible as a key part of end-time events. To learn more, please request a free copy of The Holy Roman Empire in Prophecy.