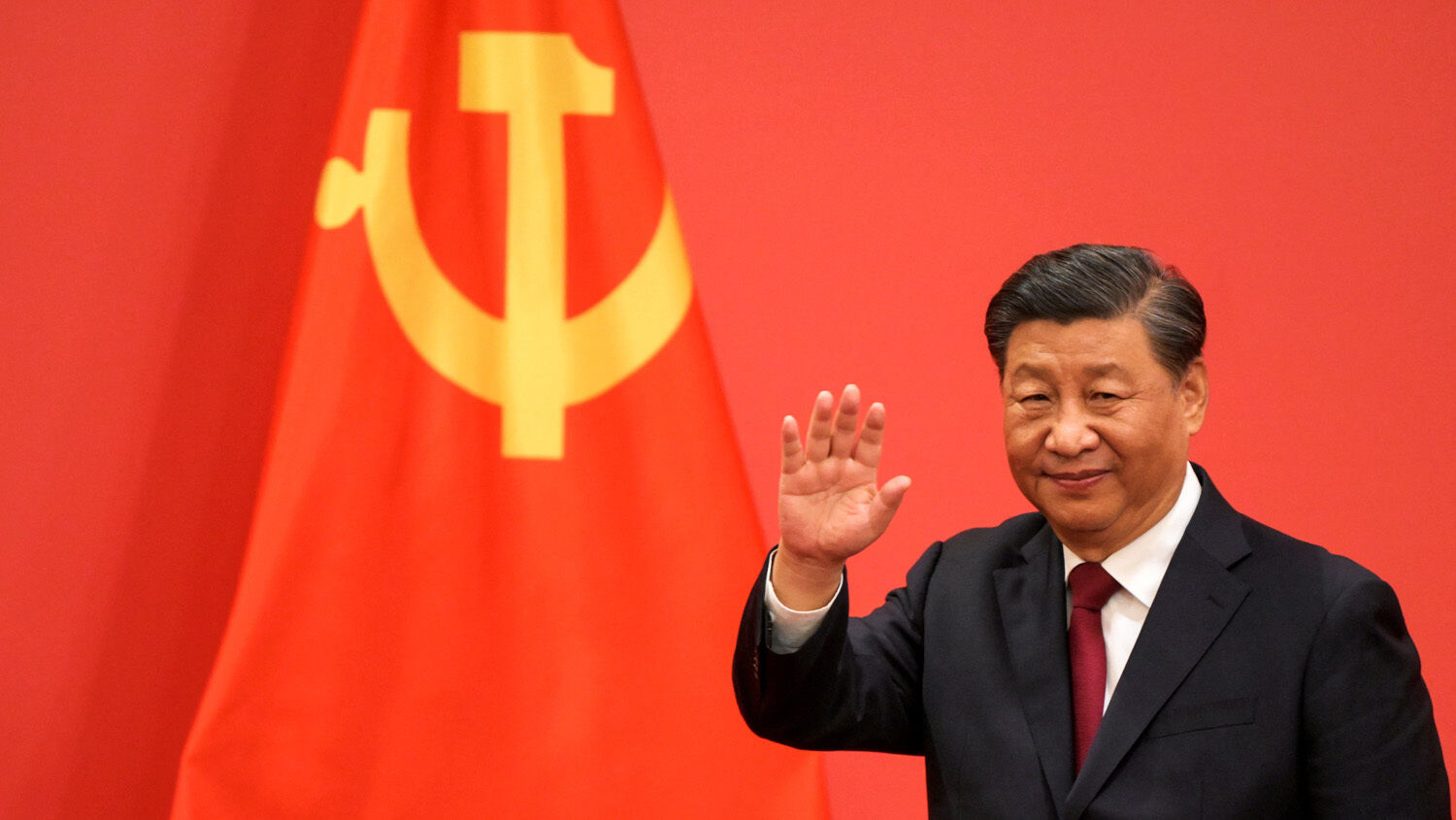 China must seize ‘new strategic opportunities’ at a time when ‘a significant shift is taking place in the international balance of power.’

A turbulent age is approaching for China and the world, and Chinese General Secretary Xi Jinping is preparing himself and his nation to face it head on. On October 16, he kicked off China’s most significant political event, its twice-per-decade Communist Party Congress, with a speech in the Great Hall of the People that paints a dark picture of China’s future. Xi then ended the congress yesterday with a power grab that confirmed fears about an increasingly dangerous direction for China.

Stunning photos of Xi Jinping alone on stage, kicking off a week of festivities around the coronation for his unprecedented third term

Xi used a defiant tone throughout much of his two-hour speech, ordering members of the Chinese Communist Party (ccp) to meet challenges with an “indomitable fighting spirit.” The Chinese must “foster a firmer sense of purpose, fortitude and self-belief in the whole party and the Chinese people,” he said, “so that we cannot be swayed by fallacies, deterred by intimidation, or cowed by pressure.”

Xi also told the ccp elite that “momentous changes of a like not seen in a century are accelerating across the world.” The party must seize “new strategic opportunities” at a time when “a significant shift is taking place in the international balance of power.”

The “significant shift” is code for the decay of the United States, a nation that remained unnamed during the speech but was ethereally hovering throughout as enemy number one.

Xi also called for ccp members to guide China’s young people so that they embrace the party, study with rigor, stay physically fit, and eventually make more babies for the nation.

China’s population about to shrink pic.twitter.com/JEEt0vpuaC

The speech drew considerable attention to Hong Kong and Taiwan, with Xi praising his government for crushing Hong Kong’s democratic opposition in recent years, and ending the territory’s freedoms. He praised the fact that Hong Kong is now “governed by patriots,” meaning Communist Party loyalists. And he implied that such a situation will soon become the reality in Taiwan as well. “We will continue to strive for peaceful reunification with the greatest sincerity and the utmost effort,” Xi said, “but we will never promise to renounce the use of force, and we reserve the option of taking all measures necessary.”

The speech also gave insight into Xi Jinping’s plan to officially take a third term at the helm of China. Part of this came in the form of his discussion of his “zero-covid” policy. This disastrous policy is still locking down tens of millions of Chinese each month, is causing major economic disruption, and is wildly unpopular among most citizens. But rather than acknowledge the economic toll, Xi insisted that his “zero-covid” policy has made “tremendously encouraging achievements” in “economic and social development.”

This was a stunning lie, which most Chinese leaders and people would recognize as such. The Chinese understand that thanks largely to Xi’s policy, unemployment is soaring, the housing market is imploding, and the economy is suffering. But Xi didn’t mention any of that or offer any acknowledgement of the costs of his policies. And that is because his power is consolidated. He has removed almost everyone from the ccp’s inner circles but loyalists and yes men. So instead of apologizing, he showed only resolve and disregard for anyone who doesn’t bow down to him.

On October 23, as the 20th National Congress concluded, Xi Jinping officially secured his third term as ccp general secretary and unveiled its new seven-member Poliburo Standing Committee. All members are devout Xi loyalists. Eurasia Group senior China analyst Neil Thomas called it “a clean sweep for Xi allies and a consolidation of power unseen since the Mao era.” All indications are that Xi will now be emperor of China for life—and among the most ambitious emperors the nation has ever endured.

Putin congratulates Xi Jinping on his re-election as General Secretary of the Communist Party of China for a third term. pic.twitter.com/RhzQRQvQtg

The Trumpet monitors Xi’s tightening grip on power because Bible prophecy reveals that as U.S. global power continues to decline, two power blocs will emerge in its place: one, a European alliance functioning in the tradition of the Holy Roman Empire; the other, an Asian bloc called in Scripture “the kings of the east” and headed by Russia, with China in a position of secondary leadership. The Bible makes clear—in such chapters as Jeremiah 50, Daniel 11, Revelation 16 and Matthew 24—that a clash between this European power and this Russo-Chinese-led bloc will culminate in the most violent conflict in mankind’s history.

Xi’s pursuit of a third term and tightening grip on the levers of power provide an indication of how the Chinese president could fall further in line with his fellow strongman in Russia and how China will be brought onto its prophesied collision course with Europe. It also indicates how close this future conflict may be.

To understand more about China’s role in Bible prophecy, how Xi’s China will become an ally to Putin’s Russia, and about the profound hope that is tied in to current events, order your free copy of Russia and China in Prophecy.