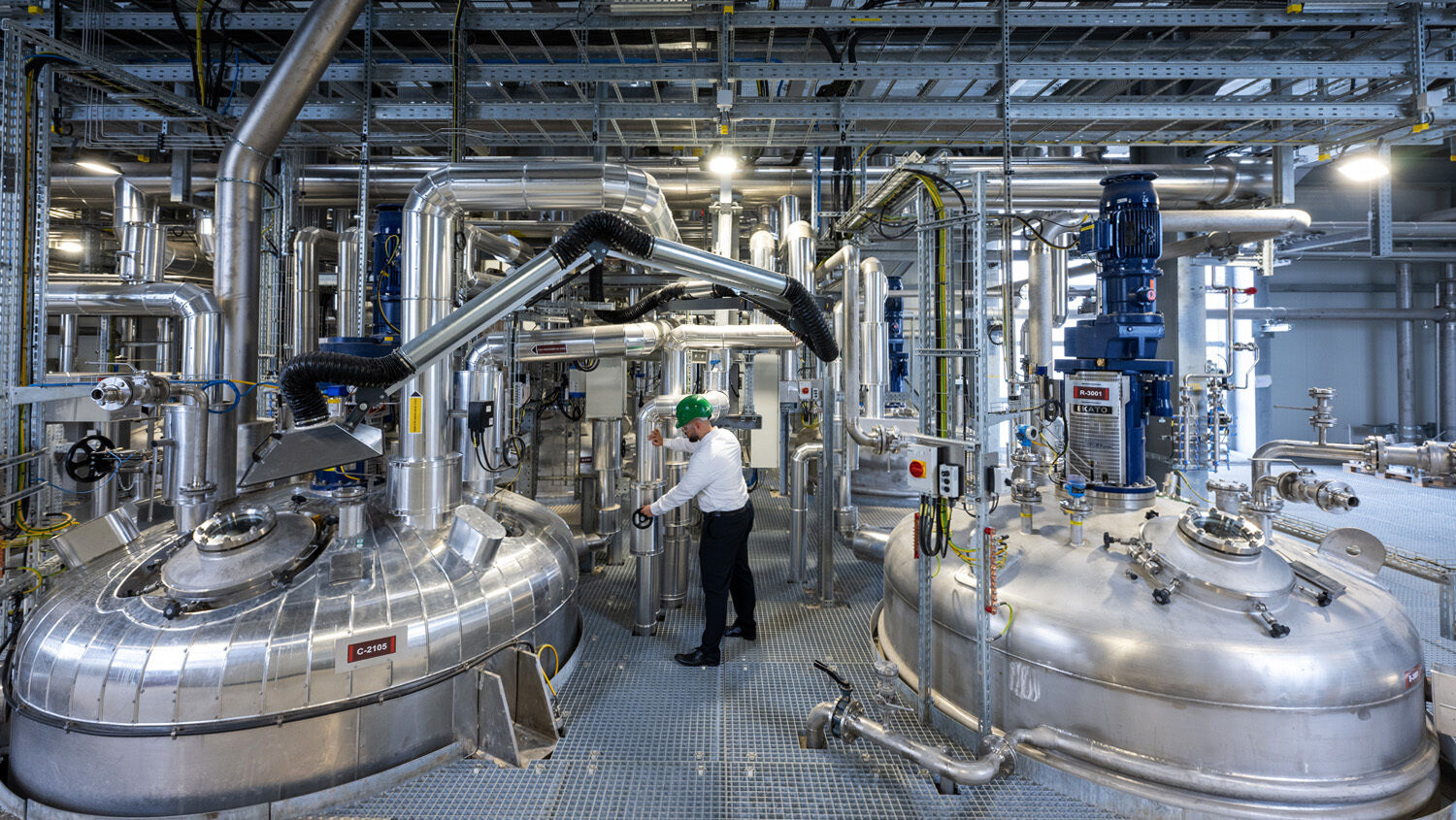 The danger of German ingenuity is greater than ever.

German businesses may have exported toxic chemicals to aid Russia’s chemical weapons program. The exported chemicals could be used as precursors for the production of chemical and biological warfare agents, such as mustard gas.

The public prosecutor’s office confirmed to ndr, wdr and Süddeutsche Zeitung that searches had been carried out in seven German companies. At the center of the investigation is Riol Chemie GmbH. Between November 2019 and March 2021, around 30 deliveries were allegedly organized by company officials. Despite their “very small quantities,” they can be used to produce chemical and biological warfare agents, Süddeutsche Zeitung noted. The recipient is said to be Khimmed, a Russian wholesaler of chemicals and laboratory equipment based in Moscow. According to the journalism network occrp, Khimmed has partnered with the Russian military and the Russian domestic intelligence agency fsb.

Russia may not be dependent on the imports of certain chemicals, but it may have needed German prototypes to enhance its own production. “Even at a laboratory that produces chemical materials, quality controls are necessary, an analysis that requires reference substances,” Mirko Himmel, an expert for chemical and biological weapons at the University of Hamburg told ndr. Tagesshau wrote:

Several of the materials in question are apparently chemicals classified as dual-use goods, a label referring to items that can have both a civilian and military use. In addition, the northern German company is suspected of having delivered protective equipment to Russia on several occasions—equipment that can also be used in the production of biological and chemical weapons and therefore falls under export restrictions. Investigators also apparently suspect that Riol Chemie GmbH exported a chemical that can be used in the production of the nerve agent Novichok. This suspicion is evidently based on invoices found during a past inspection.

Novichok is an extremely potent nerve agent that has been produced since the 1970s by a Russian chemical weapons program that remains secret to this day. Russia denies the existence of the program. Novichok became internationally known in March 2018, when former Russian agent Sergei Skripal and his daughter were poisoned by the substance in the British town of Salisbury, very likely by two agents with the Russian military intelligence agency gru. Novichok is also thought to have been used in the August 2020 poisoning of Russian opposition politician Alexei Navalny.

Following the attack on Navalny, Western intelligence agencies began taking an interest in Riol Chemie GmbH. As part of its response to the Navalny poisoning, the United States imposed sanctions on Russian state functionaries and issued export restrictions for a dozen companies. On the list, which the European Union did not adopt, is the recently searched company Riol Chemie. The Russian chemical wholesaler Khimmed, which investigators believe received supplies from Riol Chemie, also landed on the list.

If the allegations prove true, Germany has been deeply involved with Russian President Vladimir Putin’s deadly plots. Our article “Made in Germany: Russia’s Chemical Weapons Program” further illuminates these German-Russian relations in their historic and prophetic context.

Germany, however, was the first to use chemical weapons on the battlefields in World War i. While it hasn’t used such weapons since, it has certainly increased its capacity to produce them. Germany’s basf is the largest chemical company in the world and only one of many of Germany’s top companies in the field.

The recent news is reminiscent of a frightening reality. Winston Churchill wrote in 1925: “As for poison gas and chemical warfare in all its forms, only the first chapter has been written of a terrible book.” The last chapter in this book may bring mankind close to total annihilation.

“Nuclear warfare is only one of many ways that could bring about the total destruction of mankind,” Lesson 2 of the Herbert W. Armstrong College Bible Correspondence Course states. “Some nations are now producing new super-weapons which may be even deadlier than nuclear bombs. A number of nations, including the U.S. and Russia, already have a chemical and biological warfare potential. Tens of thousands of gallons of deadly nerve gas—odorless, tasteless and virtually invisible—have already been manufactured and stored. Just one facility in Russia houses enough chemical nerve agents to kill everyone on the planet dozens of times over.”

Revelation 6 gives us insight into the terrible suffering ahead. “And there went out another horse that was red: and power was given to him that sat thereon to take peace from the earth, and that they should kill one another: and there was given unto him a great sword” (verse 4).

In a 1980 World Tomorrow television program, the late Herbert W Armstrong explained: “Sword is the word used in the Bible for military equipment. This is ‘a great one.’ How about the hydrogen bomb; how about the nerve gas; how about the chemical warfare; how about all of the things that can absolutely annihilate human beings from this Earth?”

“And when he had opened the fourth seal, I heard the voice of the fourth beast say, Come and see. And I looked, and behold a pale horse: and his name that sat on him was Death, and Hell followed with him. And power was given unto them over the fourth part of the earth, to kill with sword, and with hunger, and with death, and with the beasts of the earth” (verses 7-8). Our booklet The Four Horsemen of the Apocalypse explains:

The context mentions two of the other horsemen—war and famine. But we cannot be certain of the symbolism of the last horseman from this passage. The key word to its identity is the word pale, which often makes us think of someone who is feeling sick, having an anemic-looking appearance. Pale is translated from the Greek chloros, which we would normally take to mean the color of chlorophyll, the property that gives plants their healthy green appearance. When used biblically, however, chloros means the sickly pale green color of sickness and disease.

Other biblical translations describe the pale horse as an ash-colored horse, a horse sickly green, a horse sickly pale and an ashy pale horse. We have continually stressed throughout that we should look to Christ the Revelator to explain these seals and symbols. He provides us with the most correct word to unlock the true identity of this pale green horse which man’s best translations cannot: “and there shall be … pestilences” (Matthew 24:7). The man on the pale horse symbolizes climactic, globe-encircling plagues and pandemics occurring and soon to occur in this modern age!

Those diseases will be the natural consequence of poor living conditions, but some could certainly be the result of specifically designed bioweapons. To understand these prophecies request a free copy of our booklet The Four Horsemen of the Apocalypse.