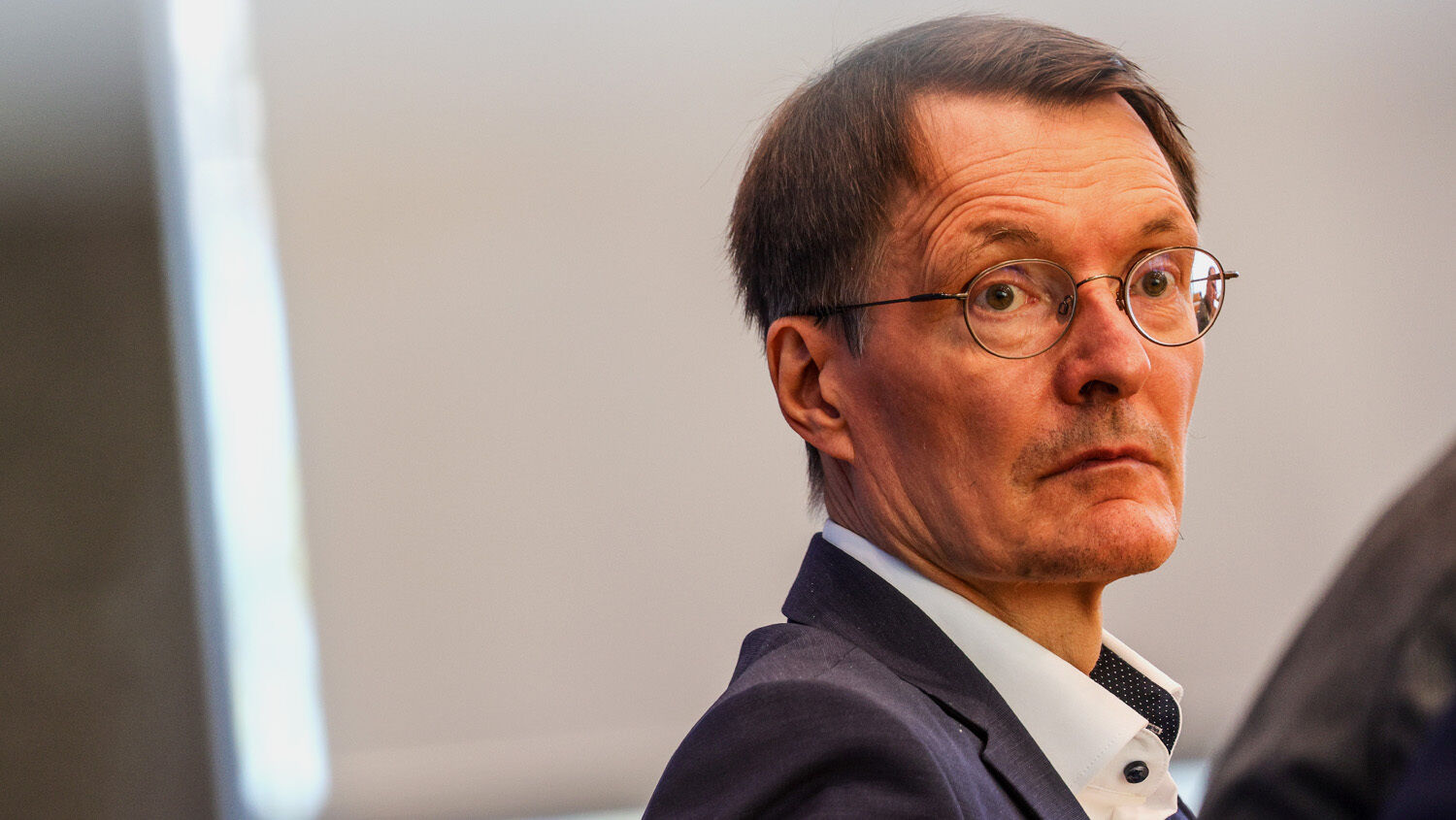 The rise of Big Pharma may be even more concerning than you think.

When German Health Minister Karl Lauterbach announced on August 5 that he was taking paxlovid, many wondered why the German government promotes this Pfizer covid-19 drug. Lauterbach is 59 years old, has been vaccinated four times, and has no particular risk of getting seriously ill from the virus. Many see Lauterbach’s actions as mere advertisement. But why is Germany so interested in promoting the drug?

Paxlovid is praised as the number one treatment against the coronavirus. The United States’ chief medical adviser, Dr. Anthony Fauci, used it, as did Joe Biden and many others in the public eye. Despite the large-scale endorsements, the drug is rarely used in Germany and many have grave health concerns about it.

Welt reported on August 11 that Lauterbach ordered around 1 million units of paxlovid in addition to more than 200 million vaccine doses for next fall on behalf of the German government. But current predictions and trends indicate that both orders may give a lot of money to Big Pharma and offer little help for the German people.

The National Association of Statutory Health Insurance Physicians (kbv) has accused Lauterbach of a “wrong” vaccination strategy that wastes up to a €100 million (us$101.8 million), Neuen Osnabrücker Zeitung reported. kbv chairman Andreas Gassen told the Neue Osnabrücker Zeitung that if Lauterbach ordered more than 200 million doses, as reported by the media, “it is to be expected that vaccines worth possibly €100 million or more will have to be thrown away” (Trumpet translation throughout).

To avoid throwing vaccines away, Lauterbach helped create a government strategy for the fall and winter that incentivizes booster shots. Gassen criticized the health minister’s advice to those under 60 to quickly get a second booster vaccination, saying: “We know from Israeli studies, among others, that a second booster is not useful in younger healthy people.”

Last month Deutsche Welle reported: “Although the [paxlovid] pill is very effective, the supplies ordered by the federal government are not being called up. One million doses are in stock, of which only about 10,000 doses have been prescribed so far.” Yet the German government wants to order more. The price per pack is reportedly €500 and is being paid for with taxpayer money. Lauterbach evidently wants to help Pfizer make a good profit from its recently developed drug. But doctors are not interested in prescribing it, and Germans aren’t taking it.

Lauterbach tweeted in July: “Paxlovid tablets, used shortly after infection in the elderly, reduce hospitalization by 90 percent. A system is being prepared with primary care physicians to use this far too rare covid lifesaver more regularly. We have enough available drugs.”

Despite the high praise, the drug’s effectiveness is questionable. “Physicians and pharmacists complain about side effects, and epidemiologists consider its narrow scope of application problematic,” Welt reported. “According to the approval, paxlovid can only be used for unvaccinated and incompletely vaccinated persons from the risk groups, and for these only from the age group 65-plus.”

To prescribe such a newly developed drug to large numbers of people is always dangerous. It often takes years of study to fully understand all possible side effects. Additionally, there are concerns that those who would benefit most from the drug need to go off other medication that they regularly take.

Even if Lauterbach is sincere in believing the drug can save many lives, the way he is promoting it sparks concern. He wants to allow physicians to dispense the packages themselves: For each sold package, they would get €15. Right now, doctors can prescribe drugs in Germany, but only pharmacists can sell them. This protects patients from greed-driven doctors. If this changes, it would be “a disaster for the relationship of trust between doctor and patient,” according to Prof. Karl Mühlbauer, director of the Institute for Clinical Pharmacology at Bremen Hospital, as quoted by Welt. “I am appalled, aghast, shocked. A centuries-old documented separation between the activities of physicians and pharmacists is abandoned here with a stroke of the pen.”

Why is Germany so interested in promoting the drug of a U.S. company?

The main production site for Pfizer’s paxlovid and most of its other drugs is in Freiburg, Germany. This means Germany also profits from every package sold from its production site. Pfizer’s website states: “Freiburg stands out as one of the most future-oriented and digitally enabled pharmaceutical production sites with industry 4.0 digital processes and state-of-the-art technologies, computer-integrated manufacturing, and fully automated process and material flow.”

Pfizer itself was founded by German immigrants to the U.S., and its recent success was largely enabled by the German government. In 2018, Germany’s BioNTech entered cooperation with Pfizer, which led to their breakthrough in offering one of the first vaccines against covid-19. The project has, from the beginning, been funded by the German government rather than the United States. Around the same time, Germany also rose to become the largest supporter of the World Health Organization.

Biontech received $ 445 million from the German gov’t
Then another$ 375 million.

‘Pfizer rejected US government money so it could keep complete control of the vaccine, including the crucial issue of pricing’https://t.co/aVeKFb3xXy

Pfizer is as much of an American success as it is a German one.

Germany is a world champion in health care and medical technology. Many of its pharmaceutical companies are over 100 years old. This expertise has allowed the nation to rise in prestige and fame around the world. It has also allowed Germany to expand its influence.

As Andrew Miiller explained in “Running on ‘COVID Money,’” “Big Government, Big Pharma and Big Media are working together to make a mountain of money!” The more money, the more influence. “Long before the average person ever heard the word coronavirus, pharmaceutical executives were perhaps the strongest special-interest influence on American lawmakers,” he wrote. This influence has since grown dramatically. When you consider the fact that Pfizer is deeply entangled with the German government and was even founded by German natives, you could consider this influence a national security threat.

Of course, the American elite are happily playing along. Lauterbach traveled to the U.S. in July to coordinate a strategy for the upcoming fall and winter. Together with Fauci, he exchanged views on the fight against the coronavirus and discussed preparations for future pandemics. Previous covid strategies have dramatically altered the lives of billions of people around the world and sent millions to the pharmaceutical industry. What can we expect for the future?

While Germany’s pharmaceutical industry has often been highly praised, its long history has also had many dark periods. For example, the chemical and pharmaceutical conglomerate IG Farben enabled Adolf’s Hitler’s war machine, as Hell’s Cartel: IG Farben and the Making of Hitler’s War Machine, by Diarmuid Jeffreys, illustrates.

Many of the daughter companies of IG Farben are more powerful today than the conglomerate ever was. Germany is again seen as a prestigious place for investment and production. Even though few know it, German influence is felt around the world.

U.S. President Donald Trump often called out Germany’s unfair trade relations with America. But even he didn’t realize how dangerous its rise to economic power is. Over the years, Germany has developed a large-scale industry that could suddenly be transformed into a war industry.

Germany, in many ways, might be a great trading partner, but within moments, this industrial giant could become a threat to the world.

While many have a positive view of Germany, history and Bible prophecy warn against it. The Bible prophesied the extremely close alliance Germany and America have today. The Bible also warns that this German-American friendship is deceitful.

Germany will betray America in this end time.

Trumpet editor in chief Gerald Flurry fully explains this coming prophesied betrayal in his book Ezekiel—The End-Time Prophet. Under the subhead “German Double Cross,” Mr. Flurry points to verses in Ezekiel 23 that reveal how Germany will turn suddenly against America when the U.S. least expects it. Because modern-day Israel (primarily the U.S. and Britain) trusts Assyria (modern-day Germany) more than it trusts God, God will allow its punishment to come by way of its “lovers.” Concerning a parallel prophecy in Hosea, Mr. Flurry writes:

It will not be the enemies of Britain and America that discover their lewdness—but their lovers, such as Assyria.

Germany has a lot of good qualities, but these same qualities can be used for great evil. The Bible reveals that Germany will have a wonderful future under God’s coming rule, but before these prophecies are fulfilled, it will commit a terrible double cross. I encourage you to request a free copy of Ezekiel—The End-Time Prophet to learn more details.