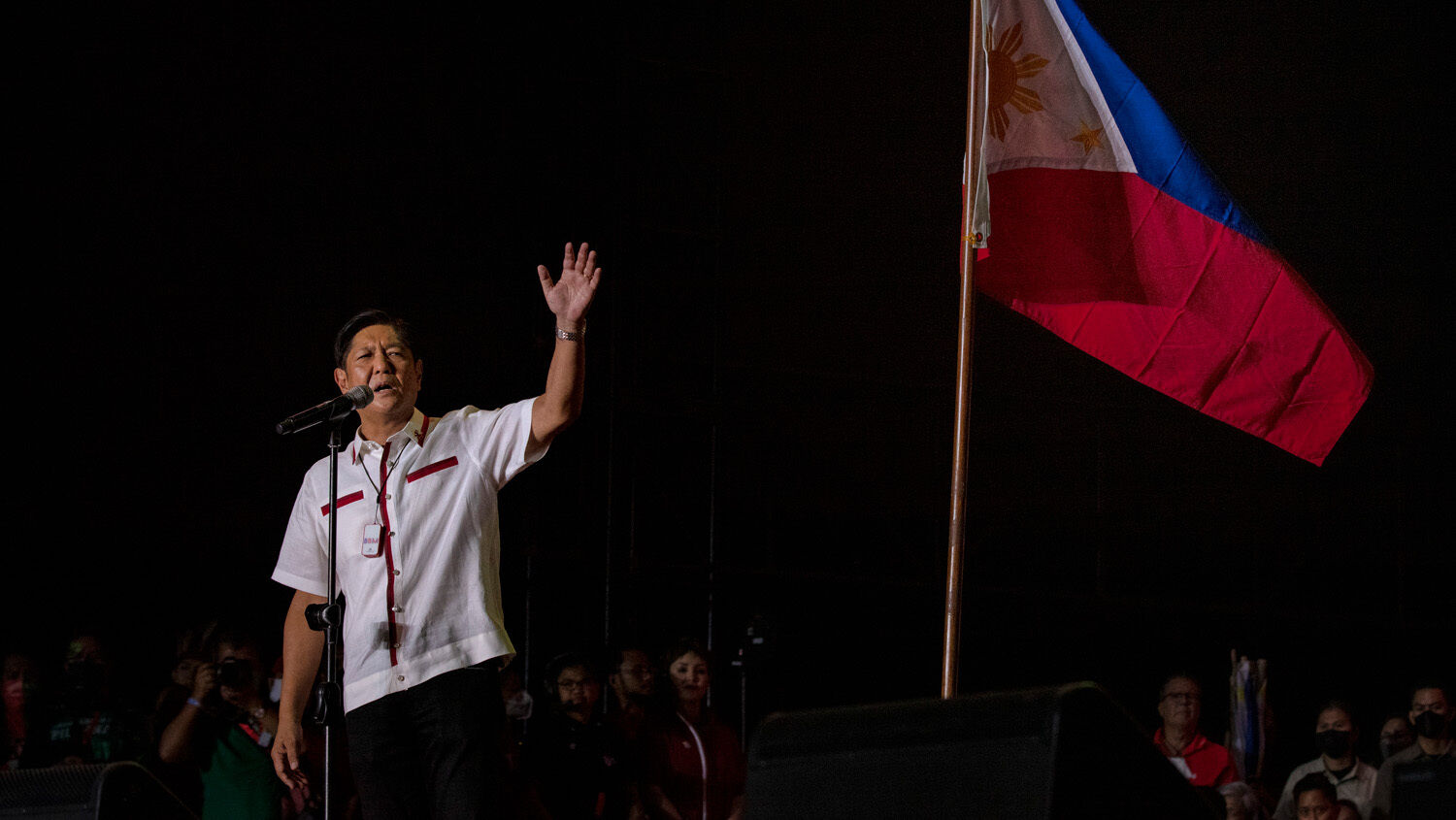 China is the ‘most powerful partner of the Philippines.’

manila, the philippines
Chinese Foreign Minister Wang Yi hailed a “new golden era” in relations with the Philippines in a July 7 meeting with new Philippine President Ferdinand “BongBong” Marcos Jr. “With President Marcos being elected, the China-Philippines relationship has turned a new page,” Wang said. “We highly appreciate President Marcos’s recent commitment to pursuing a friendly policy toward China, and we speak highly of his latest statements that has sent a very positive signal to the world.”

Days earlier, President Marcos made a commitment to “elevate bilateral ties to a higher level.” He said he considers China the “most powerful partner of the Philippines.”

As a major rival claimant in the South China Sea, Beijing has repeatedly expressed hopes and desires to strengthen ties with the Philippines. Since Marcos was elected, many analysts have come to see that his foreign policy will favor China over the Philippines’ long-standing ally, the United States.

Of all the presidential candidates, Marcos was the most pro-China. During his campaign, he distinguished himself from his rivals by openly vowing to continue former President Rodrigo Duterte’s pro-Beijing foreign policy, not once mentioning the Philippines’ defense treaty with the U.S. “The policy of engagement which the Duterte government is implementing, although it is criticized, it is the right way to go. Because whatever we do, we can’t go to war,” Marcos stated.

Referring to the landmark 2016 ruling on the South China Sea issue by the Permanent Court of Arbitration at The Hague, Marcos said the arbitral win against China was not effective and the only option for resolving the dispute was a bilateral agreement with China. “I think we can come to an agreement,” he said. “As a matter of fact, people from the Chinese Embassy are my friends; we have been talking about that.”

In another interview, Marcos ruled out any diplomatic cooperation with the U.S. on the South China Sea issue: “The problem is between China and us. If Americans come in, it is bound to fail.”

Though it’s too early to know the details of Marcos’s foreign policy, a quick look at the history of the Philippine-Chinese alliance sheds some light on his likely long-term strategy.

Ferdinand Marcos Sr. was the first president to break with traditional foreign policy. Rather than over-reliance on the United States, he sought closer ties with Communist China and the Soviet Union while accommodating the U.S. on a secondary level.

In September 1974, Imelda Marcos, Marcos Jr.’s mother, led a diplomatic mission to Maoist China to establish a formal connection between the Philippines and the Chinese Communist Party. She was treated very well during her state visit. On several occasions, she met Chinese Premier Zhou Enlai. Marcos Sr. eventually went for a visit himself, along with his entire family, including the heir-apparent of the political dynasty, Marcos Jr. They met Chinese Premier Mao Zedong, and Marcos and Mao formalized Philippine-Chinese relations.

Over the years, relations between the Marcos family and the U.S. turned increasingly contentious amid disagreements over human-rights issues and rent payments for America’s large-scale strategic bases in the Philippines. The Marcos family holds a grudge against the U.S. for abandoning them during the 1986 People Power Revolution, a revolt that forced them into temporary exile in Hawaii.

Marcos Jr. will likely not imitate Duterte’s highly criticized overtures to China. Many observers think he will instead pursue more balanced relations between the U.S. and China. Marcos is British-educated, having spent most of his student years in England. Many in the Philippine defense establishments have positive sentiments regarding America. U.S. President Joe Biden was the first world leader to congratulate Marcos after his inauguration. Marcos will likely be friendlier toward the West than Duterte was. But in major foreign-policy decisions, there is reason to expect that he will favor Beijing over Washington.

Marcos’s election victory and his early signs of a China-oriented foreign policy are significant because of a prophecy recorded in the book of Revelation. Revelation 16:12 speaks of a conglomerate of nations called the “kings of the east.” Ezekiel 38 details the nations that will compose this Asian alliance, which prophecy says will be led primarily by Russia and secondarily by China. The kings of the east are prophesied to field a jaw-dropping army of 200 million men (Revelation 9:16). Never before has such a force been mustered.

In The Prophesied ‘Prince of Russia,’ Trumpet editor in chief Gerald Flurry writes: “The Bible gives some important details about this largest army ever assembled on Earth. It tells us which nations will contribute soldiers to it. It shows it will include the combined forces from several Asian nations.”

Given the Philippines location and its massive population of over 114 million people, it is likely to contribute to this prophesied alliance. If you would like to understand more about the Bible’s prophecies regarding the kings of the east, please order a free copy of Russia and China in Prophecy.