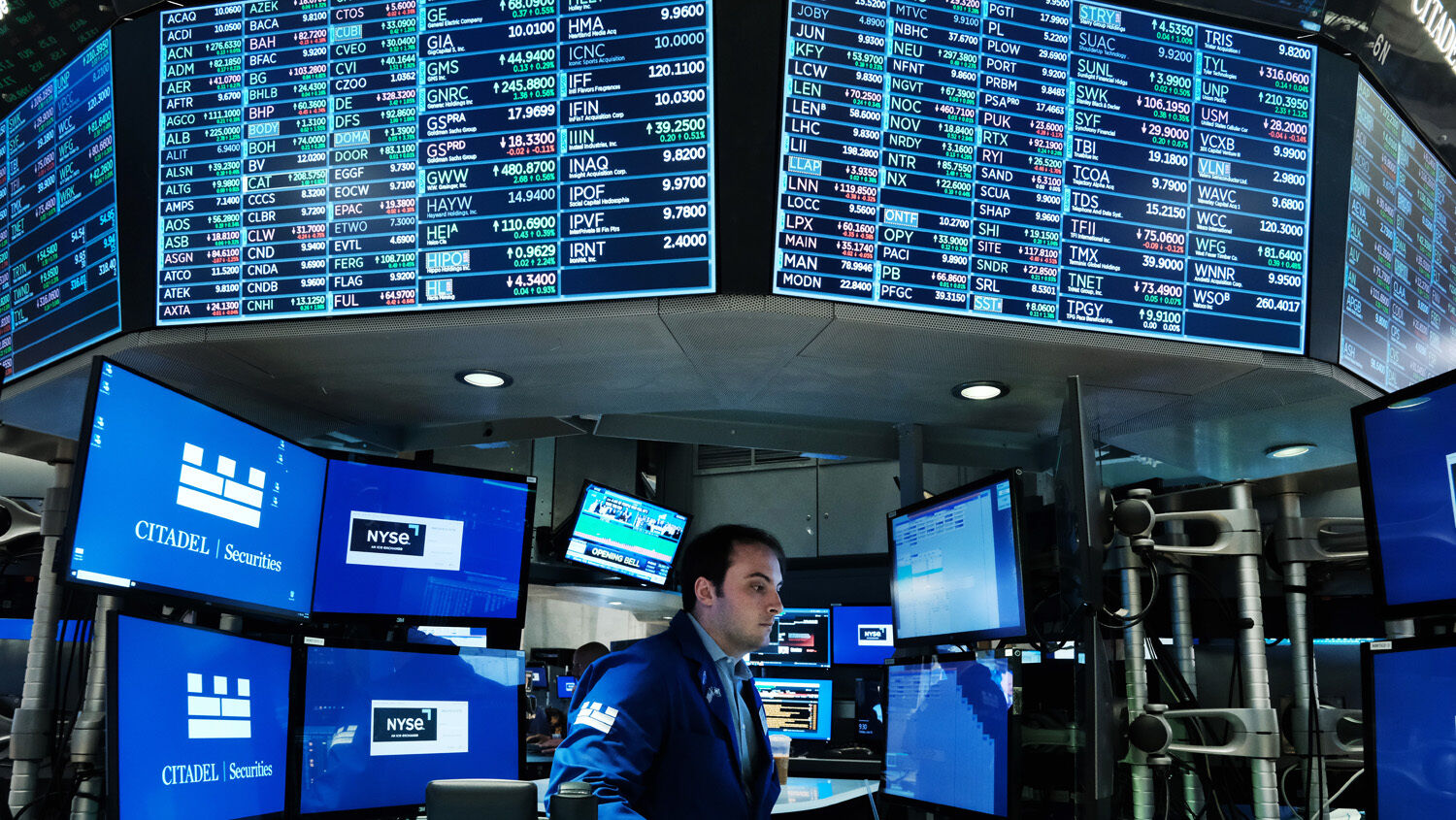 Traders work on the floor of the New York Stock Exchange on June 14.
Spencer Platt/Getty Images

Despite claims to the contrary, America’s economic crisis is likely to get worse.

As the intelligentsia debates whether or not the United States is in a recession, the working class is worried about a full-blown depression. According to Commerce Department data released on July 28, the gross domestic product shrank 0.9 percent at an annualized pace last quarter, after shrinking 1.6 percent the quarter before. Two consecutive quarters of negative growth is a common definition of recession, so many Americans already believe what the experts refuse to say.

Yet regardless of what the Dating Committee decides, America’s economy is shrinking, and real personal income is falling. And many believe the state of the economy will get worse before it gets better. The chief global strategist at Euro Pacific Capital, Peter Schiff, recently predicted that America’s recession would deepen in the third quarter. President Donald Trump warned that the nation could actually enter an economic depression due to the fiscal policies of the radical Biden administration.

“We’re gonna have a much bigger problem than a recession,” President Trump said during a Save America rally in Prescott Valley, Arizona. “We’ll have depression. You know, in 1929, they had this thing called the Depression, you know that, right? You wish, they wish, they could have had a recession only.” Four consecutive quarters of negative growth is the standard definition of a depression: The U.S. could be in a depression by next year if things do not turn around.

Kiplinger’s forecast predicts the inflation rate will stay near 9 percent for the rest of the year, so Federal Reserve policymakers plan to continue raising interest rates. This plan may bring inflation rates down eventually, but it will also restrict economic growth. The only way to fix America’s long-term fiscal problems is for Congress to start running balanced budgets, but neither Republicans nor Democrats have a plan to accomplish that task. The nation will probably suffer through a period of economic stagnation until it burns through the covid-19 stimulus money.

Even liberal Democrats are growing concerned about growing fiscal recklessness. In an interview with the Financial Times, Larry Summers, a senior U.S. Treasury Department official throughout the Clinton administration, noted that the Biden administration is pursuing “the least responsible fiscal macroeconomic policy we’ve had for the last 40 years. … We’re seeing an episode that I think differs both quantitatively and qualitatively from anything since Paul Volcker’s days at the Fed, and it stands to reason that would lead to significant changes in expectations.”

Shortly after Biden was inaugurated, Summers predicted a 1 in 3 chance that the kind of high inflation the U.S. suffered during the Carter administration would return. He also gave a 1 in 3 chance that the Federal Reserve would have to quickly hike interest rates in response to inflation, stifling price increases and plunging the economy into a recession. Both predictions have now come to pass as America enters an extended period of 1970s-style stagflation.

Forty-six years ago, the late Herbert W. Armstrong wrote about stagflation in his article “What’s Happening to the U.S. Standard of Living—and Why?” This article addressed many of America’s economic problems during the Jimmy Carter administration. Few people heeded his warning at the time, and most people forgot about it once the Reagan administration temporarily stabilized the economy. Yet this article addressed the root causes behind America’s economic decline. Mr. Armstrong explained that God blessed America with the highest per capita income on the planet because of a promise He made to Abraham. He also warned that God would take away America’s blessings if it rebelled.

“What have we done with these multitudes of national and individual blessings, which actually were the gift of the living God?” Mr. Armstrong asked. “God did not promise to continue the blessings if we rebelled. We have been rebellious and unwilling to yield to our God and His ways which would have guaranteed lasting peace and prosperity. We have become arrogant and selfish. We have polluted the fertile lands the living God gave us. We have polluted the air, the rivers, lakes and oceans. We have polluted our own minds and those of our children—teaching the anti-God fable of evolution. We have given public acceptance to the misnamed ‘new morality,’ which is gross immorality! We have given public acceptance to homosexuality, premarital sex and perversion. We have polluted the sacred institution of marriage, and through a constantly increasing divorce rate, we have started on a course of destroying the home and family relationship—the foundation of any stable society. We have filled our lands with crime—with corruption in high places—with violence.”

Most of the sins Mr. Armstrong listed are more prevalent today than 46 years ago. Yet America’s leaders think they can solve our economic woes by spending more money. Biden’s spending will not help tamp down inflation, and the Federal Reserve’s rate hikes will only do so at a tremendous economic cost. Americans need to learn that living beyond their means is a form of slavery and forsake the way of debt. If they do not, then hyperinflation, worthless money and soaring taxes will destroy the American republic like they destroyed the Roman republic before it.

To learn more about the dangers of out-of-control spending, please read “The Way of Debt” and Solve Your Money Troubles! These free resources explain solutions to America’s financial problems broken down to the individual level.