Living beyond your means is a form of slavery. Here’s a guide to taking control and finding financial freedom. 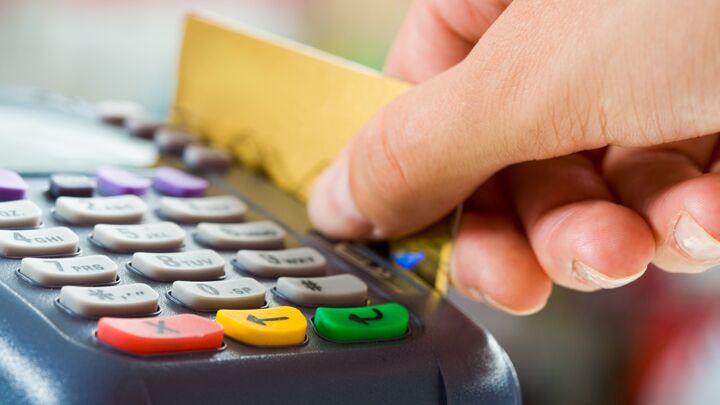 Living beyond your means is a form of slavery. Here’s a guide to taking control and finding financial freedom.

The car dealer pushes you for an answer on how much you can really afford per month rather than telling you the total price of the vehicle. Another credit card deal finds it way to your mailbox, accompanied by a home-equity loan offer for which you’ve been pre-approved. Ironically, all of the above happens the same day a telemarketer interrupts your dinner to persuade you to sign up for a debt-consolidation plan, cutting your monthly payments by 40 percent, without even asking whether or not you have any outstanding debts, merely assuming so as a matter of fact.

Is it any wonder that personal bankruptcies are at an all-time high of about a million a year in the U.S. alone?

Easy credit is the norm and many enjoy the “freedom” of living beyond their means—while it lasts. Few consider the fact they are totally enslaving themselves. Who remembers the old Proverb “the borrower is servant to the lender”? (Prov. 22:7).

According to Business Week, the amount that Americans owe on loans for houses, cars and other purchases, as well as on credit cards, adds up to nearly 100 percent of their annual income after taxes, up from 75 percent in 1992, after the last recession ended. In 1990, the typical U.S. household saved 7.8 percent of its income; in 1999 that same family spent 0.1 percent more than it earned. Of all bankruptcy filings in 2000, 97.2 percent were by consumers, not corporations.

People are quick to point their finger at corporate, state or federal governments as the news media report on debt soaring out of control. Few, however, question their own household accounts.

The Way of Rome—the Way of Get

America’s total consumer debt is over $5 trillion, about the same as the government-acknowledged “national” debt everyone keeps talking about. Seventy percent of credit card holders carry an average balance of $4,400. Yet, with interest rates at their lowest levels in several decades, borrowing remains affordable for the vast majority of consumers—for the time being, at least.

Shortly before the Roman Empire fell, the typical freeborn Roman was heavily in debt—and on the brink of bankruptcy. The mania of the age was to live well beyond one’s means, which often led to confiscation of property and an inflationary spiral.

Today we see the same thing in the Western world, led by the U.S.

The reason we are sinking in financial quicksand is that we have been living the way of get! We covet material goods we cannot afford, resulting in personal as well as national insolvency.

This trend is not limited to the U.S. In the UK, borrowers now owe an average of us$5,514 on credit cards, loans and overdrafts—a 52 percent increase from five years ago. Unsecured lending rose by 12 percent just during 2002, according to the Guardian of December 13, 2002. In 2001, over 1.5 billion new credit cards were issued worldwide, increasing the global credit card charge volume by 15.2 percent, PR/Newswire reported. Despite the economic downturn and the increasing levels of unemployment, consumers’ lust for credit seems to be unstoppable. In fact, our generation has become addicted to credit—the way of get!

All lenders know that borrowing habits are formed in the earliest stages of adulthood. That is why, in their greed for profit on interest-bearing debt, they aggressively target college students and their peers. These young people soon become hooked on borrowing, and the companies gain an almost guaranteed life-long clientele. Banks and other financial institutions make borrowing money extremely attractive to these young adults, but fail in their ethical responsibility of educating them about the dangers of debt. Like any drug, borrowing invigorates the desire for more and more.

The “good times” cannot continue perpetually. The laws of economics dictate that this situation cannot be sustained. Consumers have extended themselves beyond their limits. What will happen when the bills fall due? Most people will not be able to make ends meet.

But you don’t have to be among this statistical majority. There are steps you can take to prepare yourself and your family for the tougher times to come. It is more important now than ever before to get out of debt—and quickly!

The only tried and true method of eliminating debt, outside of increasing your income, is to lower your standard of living. Basic financial laws tell us that only when you do not spend more than your income can you be in a sound financial position. Consider the total cost of a purchase, not just whether you can afford the payment from your next paycheck. It takes strength of character to wait until you have saved the cash, but remember that it is a lot easier to get into debt than to work your way out of it.

If you find yourself in debt, analyze your recent purchases and ask yourself whether you really needed them. Cut back on all unnecessary purchases. Start to reduce your outstanding debts by paying off extra principal, over and above the required minimum payment. The more you can afford to pay off, the sooner you’ll be out of debt.

Even when you’ve eliminated your debts, would you be able to weather the waves of a financial crisis? Now is the time to establish a good cash reserve for difficult times ahead. Set aside a fixed amount to be saved (for example, 10 percent of take-home or net pay) and live off the remaining amount. Divide these savings into two groups: operational savings that cover expected, upcoming expenses, and reserve savings for the totally unexpected, unpredictable emergencies.

Your operational savings should cover the replacement of durable goods such as cars and appliances at the end of their expected lifetime, as well as funds to ensure your children’s education, your retirement or the realization of other long-term goals.

Resist impulse buying—the inclination to buy whatever you think you need, but really don’t—and bank anything that happens to be left over after covering basic periodic expenses. As a general rule, tell yourself that if you can’t pay cash for it, you can’t afford it. Low interest rates may discourage you from saving, but in times of crisis, those savings can see you through.

Your reserve savings should accumulate enough to cover between three and six months’ worth of normal living expenses. This money is intended to carry you through situations such as medical emergencies, layoffs or even reductions in wages or salaries in lean times.

God Almighty has set in motion definite laws that regulate our personal economic condition. Knowledge of these laws teaches us to recognize the right value of money; it gives us joy and happiness by keeping us from life-long financial slavery.

How can you make your paycheck stretch? By prioritizing your largest debt first of all, the one to your Creator! He who owns everything hands over to you 90 percent of what you produce. Ten percent of our increase, or income, belongs to God for His purposes and His work (Lev. 27:30; Heb. 7:5). With this tithe, God disseminates a message that frees thousands from the prospect of life-long slavery to the curses resulting from broken laws—laws that God set in motion that you might live a blessed life in obedience to them.

God promises profuse blessings to those who obey His financial laws (Mal. 3:10). These are promises you can absolutely count on (v. 11; Prov. 3:9-10). God knows all your needs, including the financial ones, and will provide for each of them—if you first seek to obey Him (Matt. 6:30-33). Even when we are in debt, we should realize that our largest and most overlooked debt is to God, and obey by giving what rightfully belongs to Him: His holy tithe.

Through the yearning for material goods, mankind has become spiritually bankrupt. No longer do we trust in God for our sustenance and needs; instead we look to a satanic substitute called credit. The cause for this—the breaking of the Tenth Commandment—was never before such a common occurrence as in our day today. God knew and warned that this underlying cause was the root of all evil (i Tim. 6:10). Will you expose yourself to the curses this lust brings with it (v. 9)? Or, will you determine to seek the more blessed way of obedience to God’s laws? They guarantee the abundant life!