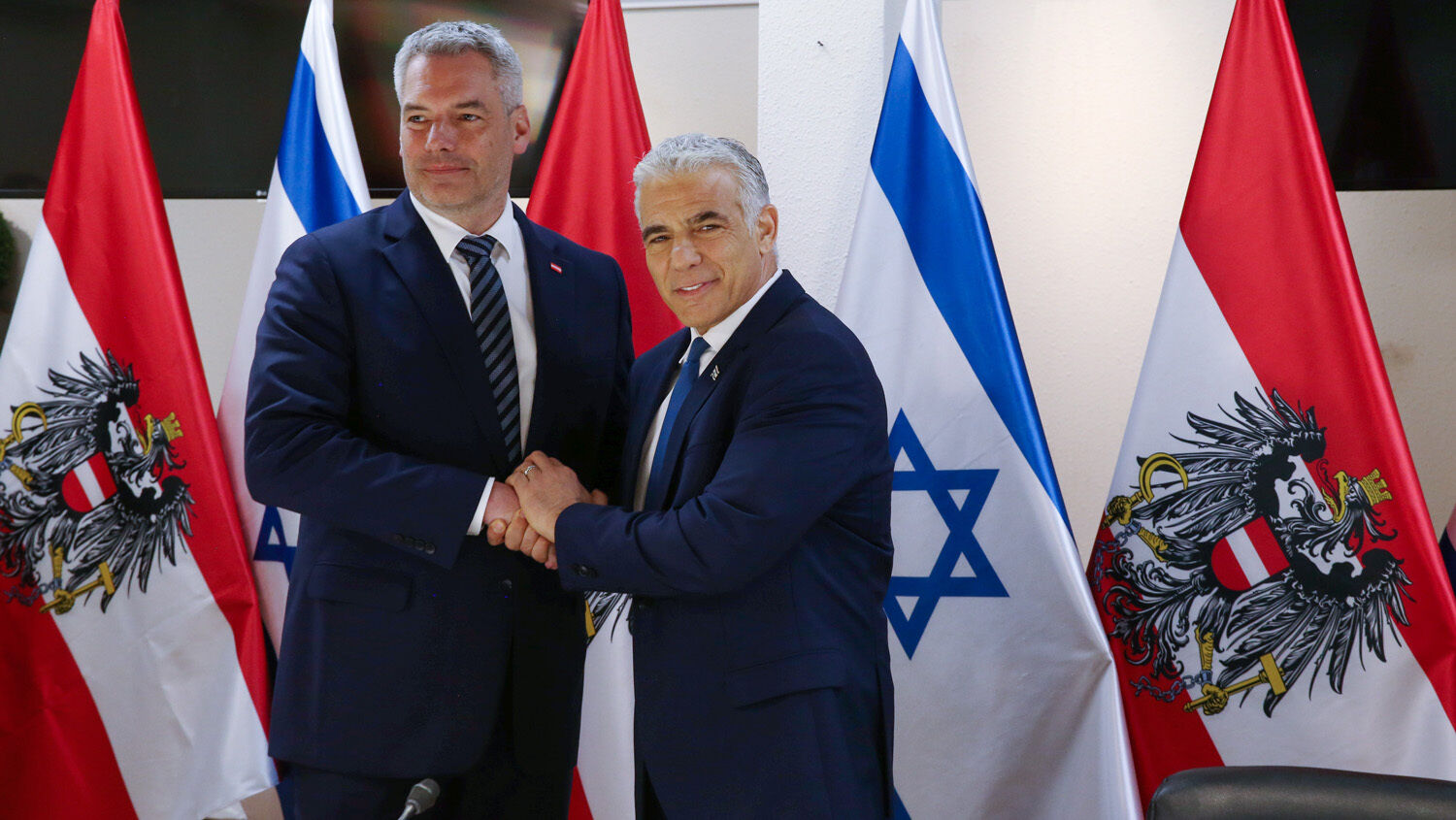 Austria seeks cooperation with Jews outside the country.

Russia’s war in Ukraine has led Europe to look to Israel as an economic partner and supplier for natural gas. In June, European Commission President Ursula von der Leyen and then Italian Prime Minister Mario Draghi met with then Israeli Prime Minister Naftali Bennett. According to Nehammer, Israel expects to be able to supply 10 percent of the European Union’s gas needs in the next two years.

Germany had announced new strategic cooperation with Israel in March. Beyond economic and diplomatic relations, Germany and Austria are also seeking closer military cooperation. “Nehammer reminded journalists that Israel has a high military competence and a very efficient arms industry, due to its geopolitical situation and constant threat,” orf noted. “He said that Austria had some catching up to do in terms of military armaments, which is why the defense budget should be increased” (Trumpet translation throughout).

During his visit, Nehammer remembered the Jews murdered by the Nazis and apologized for Austria’s part in the Holocaust. While politicians say the right things, reality is different. The annual report from the ikg’s Anti-Semitism Reporting Office reveals a 60 percent increase in anti-Semitic incidents in 2021 compared to 2020 in Austria. “Never before have so many people, including non-Jews, been affected by anti-Semitic agitation–and the number of unreported cases is naturally much higher,” Heute reported. In 2021, 965 offenses were registered.

Still Israel trusts European governments to solve the world’s mounting troubles. The Bible reveals that this relationship will indeed flourish in the coming years. Hosea 5:13 indicates that Judah, the nation called Israel today, will seek help from and extend its partnership with Assyria. The Assyrians mainly settled where Germany and Austria are located today. (Request a free copy of Germany and the Holy Roman Empire for more information.)

Daniel 11:40-45 prophesy that a German-led European empire will confront Israel’s greatest adversary in the Middle East: Iran. This prophecy is discussed in detail in Trumpet editor in chief Gerald Flurry’s free booklet The King of the South. But eventually, what may begin as a sincere partnership will escalate. Mr. Flurry explains:

Notice what their first action is after they are victorious. “He shall enter also into the glorious land, and many countries shall be overthrown: but these shall escape out of his hand, even Edom, and Moab, and the chief of the children of Ammon” (Daniel 11:41). They “enter” into the glorious land, or the Holy Land. The Hebrew indicates this is a peaceful entry—not forced.

The Jews appear to invite them in as peacekeepers. But it leads to a great double cross, prophesied in Ezekiel 23. (Request our free publications Ezekiel—The End-Time Prophet and Hosea—Reaping the Whirlwind.)

The Jews should remember the history of the violence and bloodshed by the Crusaders. Then perhaps they would not invite the enemy into Jerusalem.

The stage is now being set for this prophecy to be fulfilled. As conflicts increase, Europe claims that it will bring peace. Israel believes this message and aids in its military rise. But war is around the corner. The Bible clearly reveals that these events will lead to peace—but only once God intervenes, as Jesus Christ Himself promised in Matthew 24.