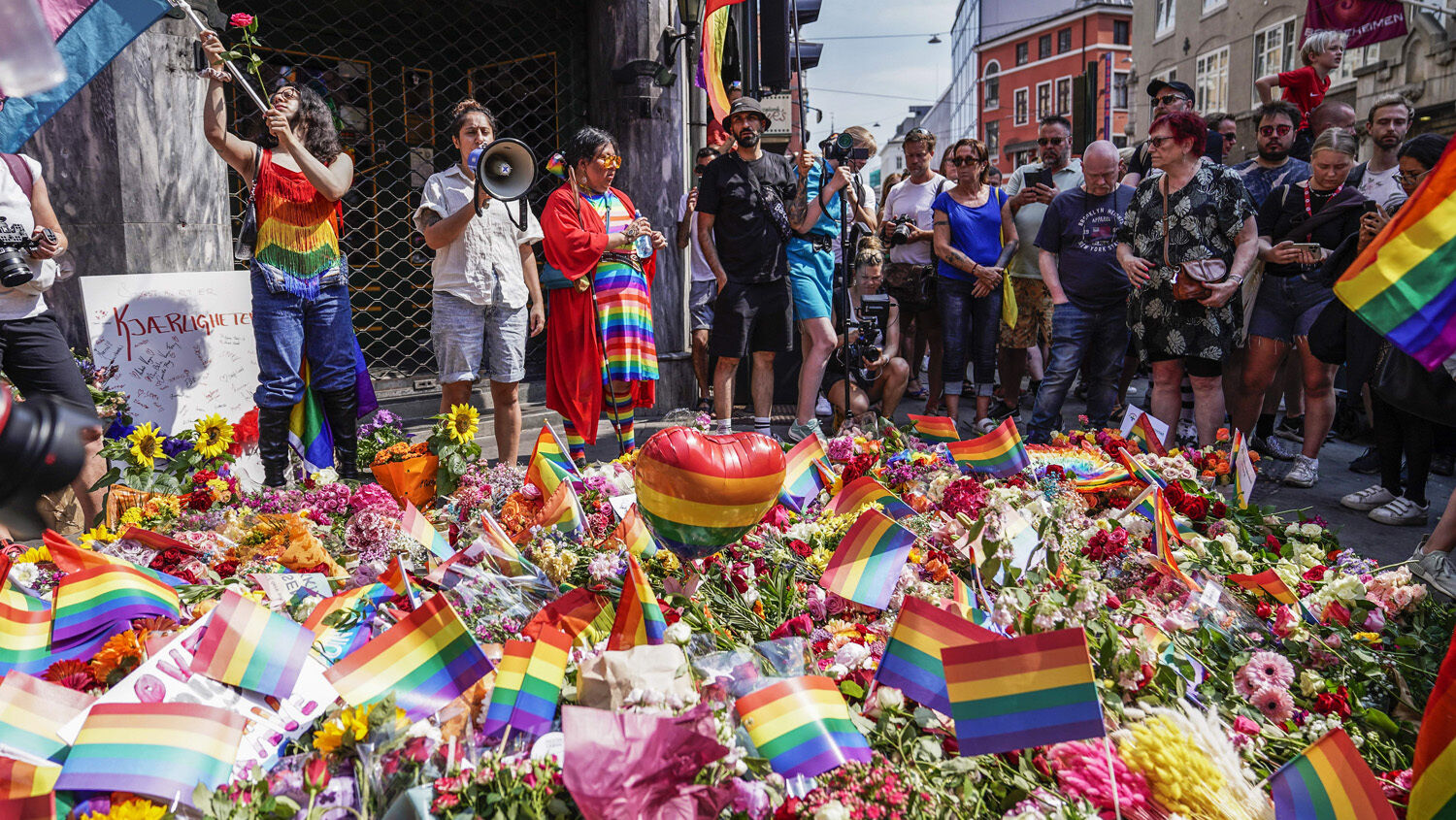 People lay flowers near the London Pub on June 25 in the aftermath of a shooting in central Oslo.
HAKON MOSVOLD LARSEN/NTB/AFP via Getty Images

The liberal West and the extremists

An Iranian gunman killed two and wounded 21 in front of an Oslo, Norway, homosexual nightclub on June 25. The incident is being treated as a terrorist attack. Oslo has been open to both Western trends and Middle Eastern immigrants for many years. But now, these two radically different cultures are clashing.

The shooting took place in front of the London Pub. “Since 1979, the London Pub has been the most visited gay place in Norway,” its website claims. “Most gays, lesbians, bisexuals and curious people know the London Pub and have certainly stopped by.” On the night of June 25, the club intended to celebrate the 50th anniversary of the decriminalization of homosexuality in Norway.

But on Saturday morning, celebration organizers wrote: “Oslo Pride has received clear advice and a recommendation from the police that the parade, Pride Park, and any other event in relation to Oslo Pride be canceled. We will soon be proud and visible again, but today, we will share our Pride celebrations from home.”

As of 2021, about 30 percent of the population in Oslo are immigrants or born to immigrants. This includes the attacker, Zaniar Matapour, a Norwegian national of Iranian descent. Norway has been very welcoming to him despite a long criminal record that he accumulated over the years. The Norwegian Broadcasting Corporation noted that the long list of crimes included drug-related charges and a stabbing in 1999. He was also known for having mental health problems. According to Reuters, Matapour has been known by the country’s intelligence services for his association with an Islamic extremist network. But as Norwegian Prime Minister Jonas Gahr Støre told bbc, he was not deemed “a threat.”

“The attack was a shocking blow for a country that has been one of the most liberal in Europe in its expansion of rights for gay, lesbian, bisexual and transgender people,” the Wall Street Journal wrote. “On Thursday, the government introduced a new bill that would make it a criminal offense to provide or advertise therapy aimed at changing or suppressing the sexuality or gender identity of a client. In April, the government formally apologized for the criminalization of same-sex relations until 1972.”

In 2011, a far-right extremist killed 77 people in a bomb and gun attack. In 2019, a gunman shot his stepsister and opened fire in a mosque near Oslo. All these incidents point to a failed cultural experience.

Norway’s open society is facing increasing problems. Sweden is facing similar problems. (Read “Religious Riots Explode in Sweden” for more information.) These nations are an example of what happens to a multicultural society. Trumpet editor in chief Gerald Flurry has taken note of this trend in Europe, writing in 2018:

His article “The Holy Roman Empire Goes Public—Big Time!” reveals how Europe is and will respond to these trends in the future. As our society is trending toward liberalism, a growing silent majority is calling for strong leadership. The Bible reveals that strongman rule will soon come to Europe and that people will welcome it (Revelation 17). Current trends are preparing Europe for the fulfillment of this prophecy.