It’s enough to make you sick. 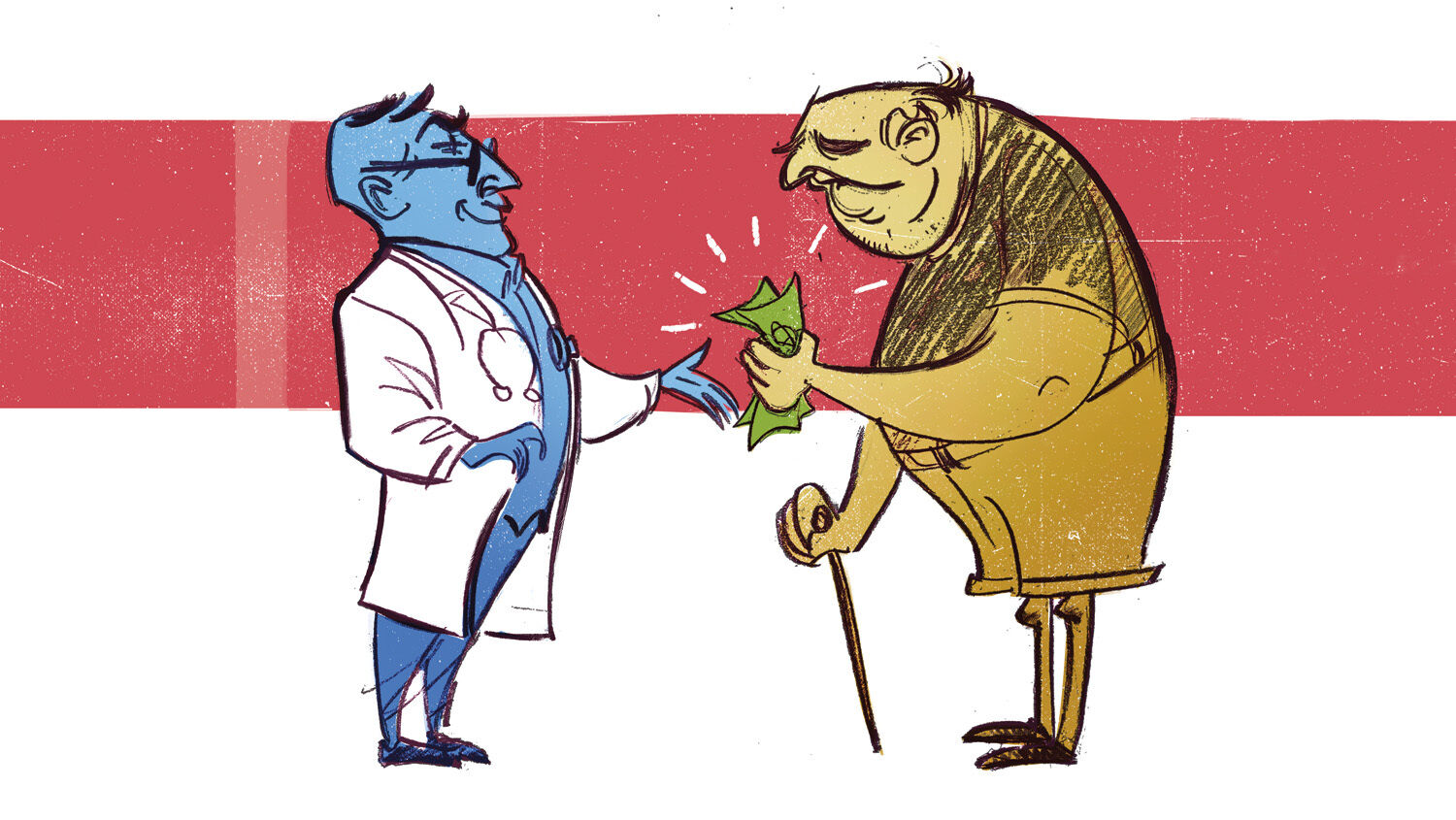 It’s enough to make you sick.

America is sick. Its citizens are among the least healthy on the planet. For help, they trust in what many regard as the most technological and scientifically advanced health-care system in the world. But what if this system is as sick as they are?

Americans spend $4.1 trillion on health care per year. Yet while medical, pharmaceutical, food and other health-related industries are rolling in profits, people are getting sicker and sicker.

Business Insider states that the average family spends 43 percent of its annual food expenditure on eating out. This is a major reason why 74 percent of Americans are overweight and 43 percent are obese. They then turn to medical specialists to fix their problems.

Yet only a fraction of modern medical practice is based on solid evidence from Grade-A randomized, controlled trials. Many medical decisions are subject to a medical professional’s arbitrary judgment, and that professional’s income is tied much less to improving his patients’ health than it is to industry payments.

Some experts estimate that at least $200 billion is wasted annually on aggressive testing and treatment that can harm or even kill patients. A 2013 study argues that this contributes to between 210,000 and 440,000 patient deaths annually. These numbers make this the third-leading cause of death today.

The profit motive explains why there are endless searches for cures to medical illness instead of straightforward methods of correcting the choices that cause the illness. In America, the federal government allows health studies to be funded and conducted by commercial interests, and uses these same studies as a basis for public health policy. As Dr. John Abramson of Harvard Medical School said, “In our opinion, the primary purpose of commercially funded clinical research is to maximize financial return on investment, not health.”

The United States’ Food and Drug Administration is beholden to the pharmaceutical industry—for user fees and because of a revolving door of leadership between the fda and food and drug corporations. It often ignores the fact that safety trials have been fudged and approves products for the open market with a wink and a nod.

Born With a Junk Food Deficiency author Martha Rosenberg cites examples of doctored studies, misleading advertising, governmental collusion, influence peddling and kickbacks to physicians and hospitals. Injuries, lawsuits and even deaths are counted as the cost of doing business.

Even properly prescribed drugs cause 2.7 million adverse drug reactions and 128,000 deaths annually, making prescription drugs the fourth-leading cause of death.

More than 2 million adverse events and almost 67,000 deaths from Pfizer, BioNTech and Moderna covid vaccines have been reported to the U.S. vaers system and Europe’s EudraVigilance. Yet last year, these companies raked in pre-tax profits of $34 billion (Reliefweb.int).

Meanwhile, almost every large food and beverage brand in the world is controlled by one of 10 companies. This industry wields incredible power to entice consumers, increase profits, purchase government influence, fight regulations that would reduce revenue, and conduct shady research for unhealthy—but profitable—ingredients.

The profit motive dominates the origins of food. Most American farmland today is devoted to large-scale industrial agriculture. Profitability comes from corporate-directed, chemically intensive food production in large specialized farms and animal production facilities, using as little labor and as few resources as possible, including bio-engineering, hormones, antibiotics and other artificial means to produce the largest possible yields.

Since grains are among the more profitable crops, corporate food producers have influenced the Department of Agriculture to increase the grains serving size to double that of any natural food in the “food pyramid,” a perfect recipe for obesity.

Entire generations of people don’t know where food comes from. The average 2-year-old can identify junk-food brands by name, yet many can’t even identify many vegetables by sight.

The results of profit-motivated intensive farming, says the Natural Medicine Journal, include the spread of viruses from animals to humans, antimicrobial resistance, unnecessary chemical use, environmental contamination, obesity and chronic disease. Profit-motivated food and beverage manufacturers and distributors, restaurant chains and other corporations feed these polluted foods to consumers. Once we suffer the effects, we turn to a profit-motivated, corporate-influenced health-care system.

We must recognize that it’s not just a few executives, a few companies or a few politicians that are corrupt. The nutritional and medical system we have built is a result of our own human nature. That is why the problem is so intractable.

The Creator of human beings, the Earth, food and health is allowing us to learn a hard lesson. We need to recognize that lesson and see the sickness in our own human nature. Once He helps us address the root cause of that sickness, human health around the world will be revolutionized. You can get an inspiring picture of that, in advance, by requesting your free copy of Herbert W. Armstrong’s booklet The Wonderful World Tomorrow—What It Will Be Like.