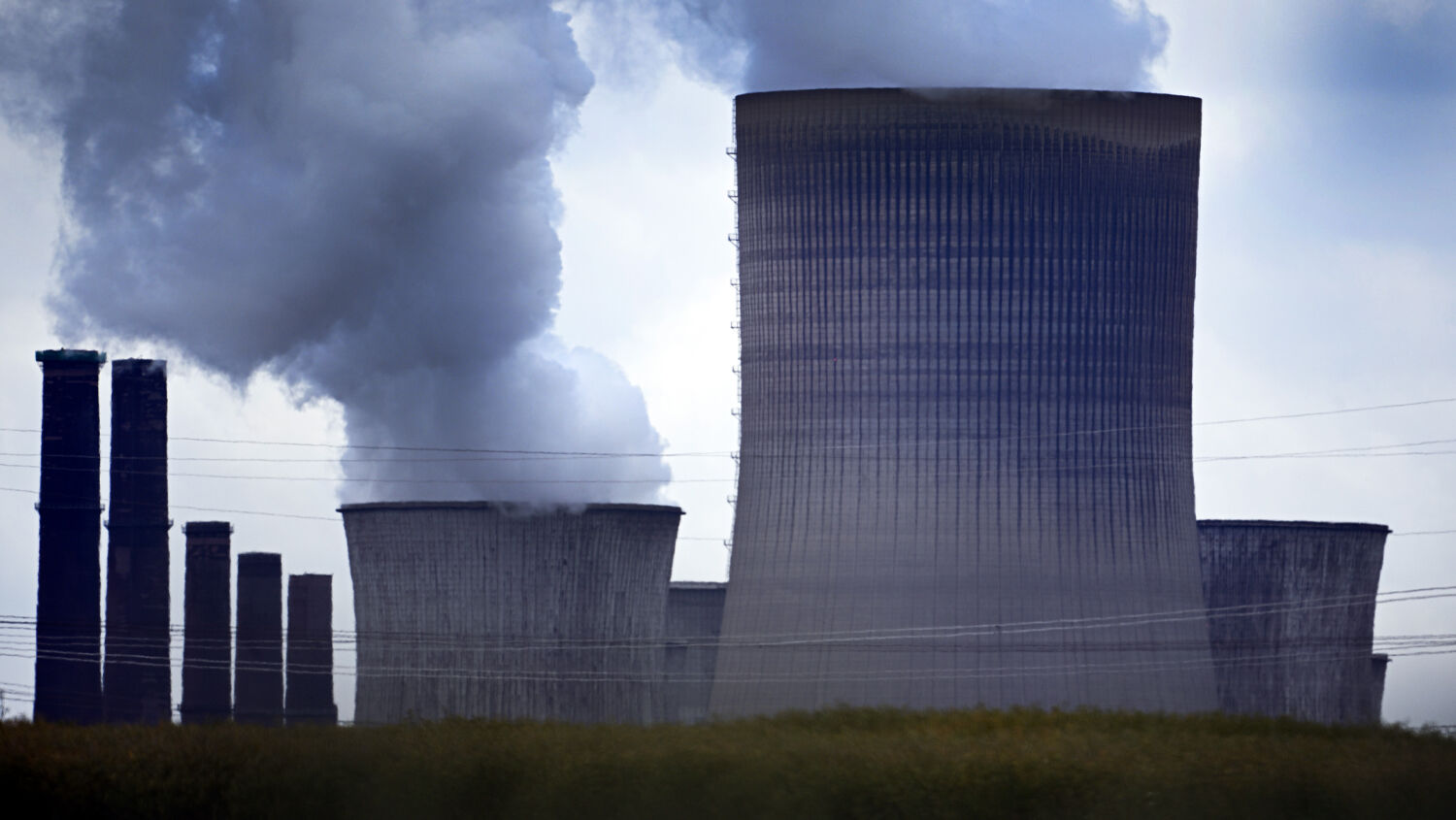 Steam comes out of the cooling towers of the Niederaussem lignite-fired power plant.
Federico Gambarini/picture alliance via Getty Images

German Economics Minister Robert Habeck announced on June 21 that Germany will restart its coal power stations to cope with Russia limiting gas imports entering the country. Habeck’s Green party has been against coal power for years. But that’s changing because “[t]he gas problem could become worse than the coronavirus pandemic,” he said. “Many people don’t realize that yet.”

Even though Russia is selling less gas, it is losing little to no money due to higher gas prices. “There is a risk of a very serious economic crisis due to the sharp rise in energy prices, due to supply chain problems, due also to inflation,” German Finance Minister Christian Lindner said on June 22. “My concern is that in a few weeks and months we could have a very worrying situation. In this situation, we must not be choosy. After all, we’re talking about three to four, maybe five years of shortages, and we have to find an answer for that.”

Not only did Russia reduce the amount of gas delivered to Europe, it also provoked a refugee crisis, which forced Germany and other European nations to take in hundreds of thousands (possibly millions) of Ukrainians. Additionally, Russia has blocked Ukrainian grain shipments in an effort to cause food shortages in the West. As a result, Germany is facing cold homes in winter, a troubled industry, and failing economy. Soaring prices and scarcity in food are harbingers of a coming storm. Politico wrote on June 20:

Producer prices for industrial products increased by 33.6 percent compared with May 2021. German producer prices have climbed to a new record every month since December 2021.

[S]oaring energy costs … were up 87.1 percent compared to May 2021. Natural gas, which German industry relies on heavily, jumped by 148.1 percent.

The overall index, excluding energy, was 16.5 percent up compared [to] May 2021, showing that price pressures are becoming more widely spread.

The ongoing rise in producer prices suggests that consumer price inflation has not yet reached its peak.

In 2018, at the United Nations General Assembly, United States President Donald Trump called out Germany’s dependence on Russia for oil and gas. Germany’s UN delegation laughed at him.

Yet another one where Trump was right despite the snickering of these incompetent bureaucrats. Sure would be nice if people in government had a basic understanding of the world and their jobs. https://t.co/kifcyyPS8j

German industrialists and government officials partnered with Russia against the U.S., whose policies allowed and enabled their cooperation. But had America and Germany heeded Trump’s warning we wouldn’t be where we are today. Ukraine may still be a free country, the Nord Stream 2 pipeline would never have been completed, and Germany would have entered stronger cooperation with an energy-independent America. The German government could also help end the reliance by extending and revamping its nuclear energy plants.

What is going through the minds of many Germans today? Inflation is rising in the U.S. and Europe’s economy is trembling. Consumer prices are skyrocketing. Germans are also aware of the danger Russia is posing to the Continent. Children regularly discuss the topic in school. Yet the government seems stuck in endless debates and useless resolutions. Germany’s military appears weak, the European Union fractured, America unreliable, and Russia unpredictable.

There is an obvious need for strong leaders. But in Germany, strong leadership is feared as much as it is desired. Historically, the crises of the German people have been exploited by tyrannical leadership. For many decades, German democracy has sought to prevent a reemergence of a tyrant. Yet current events are opening the door for a strong leader to emerge.

In 2015, Trumpet editor in chief Gerald Flurry wrote: “America’s banking crisis will reshape Europe financially—and politically.” In a reference to a prophecy in Revelation 17, he noted that Europe will unite under the rule of 10 authoritarian rulers in the time of a financial crisis. Three decades earlier the late Herbert W. Armstrong warned that a massive banking crisis in America “could suddenly result in triggering European nations to unite as a new world power, larger than either the Soviet Union or the U.S.” (co-worker letter, July 22, 1984). We should expect such crises to erupt at any time as world conditions worsen.

The U.S. is heading toward a major economic crisis that will have dire consequences for Europe, at a time when the Russian bear is on the march. We are seeing crises build that will lead to Europe’s sudden unification. Europe is still divided at this point, but it will soon realize that its only chance to truly unite will be though collaboration with the one institution that enabled the rise of Adolf Hitler, Benito Mussolini and various resurrections of the Holy Roman Empire.

Notice what Mr. Armstrong wrote on Jan. 23, 1980: “What Russia is doing will be the spark to bring the heads of nations in Europe together with the Vatican to form a ‘United Nations of Europe.’ The politicians cannot do this by themselves. Only with the collaboration of the pope can they do it.”

Many in America are oblivious to what the nation’s current policies are provoking in Germany—but they will most assuredly be affected by it. As our booklet He Was Right explains, the Bible reveals that a resurrected Holy Roman Empire will wreak great destruction on America. Our world is in the midst of a dramatic transformation unlike anything we have seen before. But what is playing out in front of our eyes is exactly what the Bible reveals would happen. Mr. Armstrong repeatedly told his listeners to blow off the dust from and open their Bibles to read the prophecies for themselves. Request a free copy of He Was Right for more information on Mr. Armstrong’s Bible-based predictions and how they relate to current affairs.