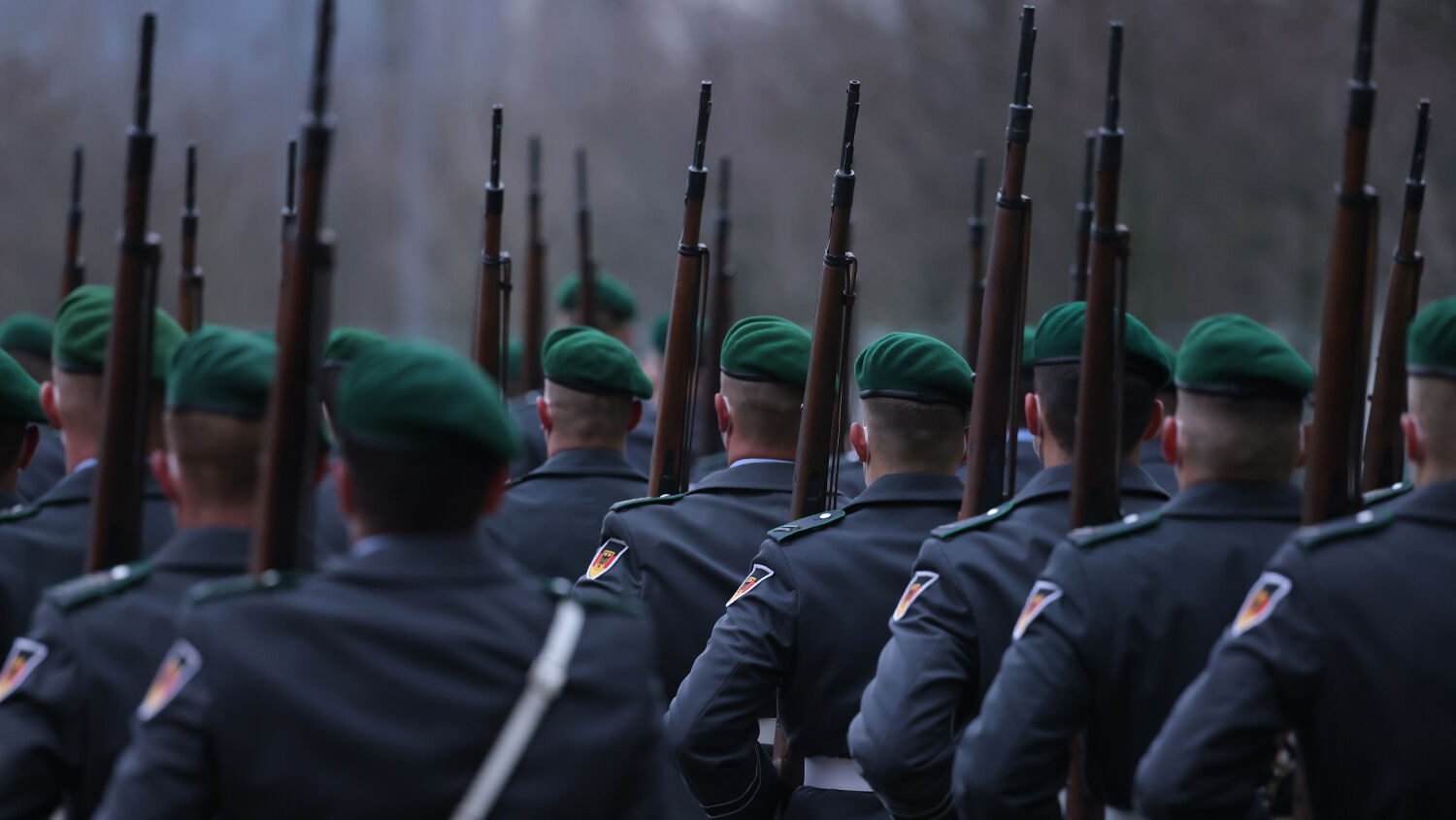 “Until now, territorial command responsibilities have been spread across many areas. As of Oct. 1, 2022, we will bundle them into a ‘Territorial Command of the Bundeswehr,’” Lambrecht said. The new structure will align the command organization of the armed forces with the requirements of national and alliance defense. Maj. Gen. Carsten Breuer, who most recently headed the Coronavirus Crisis Staff in the chancellor’s office, will head the new command center.

Lambrecht further explained: “With the new command, we can very quickly provide the necessary forces for a national crisis team beyond the purely military tasks, if that is necessary—for example, in the case of flood disasters or as in the covid pandemic.” The command center will organize troops deployed within the North Atlantic Treaty Organization to defend the alliance’s borders; it can also organize troops to manage domestic crises.

These are alarming developments. Consider how these structural changes began. Last year, Germany mobilized its military in response to the pandemic, giving Breuer an office in Berlin to manage the domestic crisis. Previously, the Bundeswehr was only used domestically for large-scale emergencies and natural disasters.

The Bundeswehr was responsible for helping facilitate the government’s vaccination campaign. Having an army general administer vaccines was unusual.

The new command center makes such domestic interventions easier. And the same man in charge of the vaccine roll-out is also responsible for the movement of hundreds of troops. What is preventing him from commanding these troops to take care of domestic uprisings that could “endanger national security”?

Right now the only prevention is the German Basic Law. The Basic Law is designed to prevent the violent suppression of citizens from happening again. But over the years, the boundaries of the law have been eroded.

In 1968, the law was first undermined, resulting in the addition of an emergency law. Paragraphs 87a and 35 permit internal Bundeswehr missions only if the police force is overwhelmed. Over the years, the boundaries of this amendment have been extended. In 2012, Germany’s Federal Constitutional Court authorized the military to be used against threats in the country, such as terrorism. At the time, we wrote:

The rising threat of terrorism is seen to be what prompted the Federal Constitutional Court to reverse this ruling. Bundeswehr troops can now deploy inside Germany to counter “states of emergency of catastrophic proportions.” They are still prohibited from being used “in reaction to the threat posed by demonstrating crowds.” While the breaking of this taboo does not exactly give the German government dictatorial powers as some are claiming, it does show that government officials are growing more comfortable with the use of military power.

A large-scale terrorist attack that overwhelms the police is still hardly foreseeable. Yet in 2016, the Bundeswehr’s White Paper outlined that the Army could be deployed during a terrorist attack. In his commentary for Handelsblatt, police union chief Rainer Wendt wrote: “The men and women who made the Basic Law knew exactly why they imposed strict limits on the domestic deployment of forces. Trying to override these limits through a ‘white paper of the Bundeswehr’ is nothing but willfully violating the constitution. … And like the frog that is meant to slowly get used to the heat in the warm water, politicians want to slowly get us used to the illegal status: ‘just a little army’ mission, only a few military police here, a few roadblocks there. The signal is devastating: Starting from the first successful attack, we have overridden one of the most valuable parts of our society, our Basic Law.”

Today the troops may show up to help relief forces. Tomorrow they may help against a terrorist attack. But what if the government labels its own citizen “domestic terrorists” and a “threat to democracy”? Could the Army be used then? With each change to the Basic Law this appears more likely, and the Army is now being structurally prepared to coordinate such interventions. (Right now, the police are responsible to put down those uprisings, and they do so with brutal force as the last few years have shown.)

Once the structural changes are made and the troops organized, the decisions on how they can be used might quickly change. covid-19 was a stepping-stone to increase the German military’s presence.

It is vital that with developments like these we remember history. In Germany and the Holy Roman Empire, Trumpet editor in chief Gerald Flurry thoroughly explains why Germany’s current transformation should concern us all. Although the structural changes are excused with present-day events, they have the same goal: to restore the old Nazi war machine. This has been planned and executed over the course of decades. Mr. Flurry explains:

In 1996, another shocking intelligence document was released to the public. It revealed that when Nazi leaders realized they were losing the war in 1944, they met with top German industrialists to seek financing for the underground Nazi party “so that a strong German empire can be created after the defeat.” This intelligence document, which should have sent shock waves through every newsroom in the world, received only sparse coverage.

And in 1997, Martin Lee, in his fascinating book, The Beast Reawakens, revealed that “there had never really been a clean break from the Nazi past, given that the original leadership of the West German Bundeswehr was recruited directly from the upper echelons of Hitler’s army. (Only 3 out of 217 Bundeswehr generals in 1976 were not Third Reich veterans, and 37 military bases in the Bonn Republic were named after soldiers who made their reputations during the Hitler years.”

From these documented facts and from what we see in Germany today, there are two overriding themes we ought to let sink into our minds. First, the almost overnight transformation of Germany from a devastated nation sifting through rubble and ashes to one of the most dominant and powerful nations in the world was nothing short of miraculous!

Second, and equally miraculous, was the relative ease with which prominent Nazi leaders were either carted away to safety through vast underground networks or else admitted into the same positions they held during Hitler’s regime!

This is the lens through which we have to look to understand what is truly going on in Germany.

Bit by bit, Germany’s military, police forces and government are shedding the boundaries imposed on them after World War ii. Images of police forces suppressing protesters, extended surveillance capacities and even the names of German tanks harken back to dark times. The Bible warns that history will repeat itself. “The beast that thou sawest was, and is not; and shall ascend out of the bottomless pit, and go into perdition: and they that dwell on the earth shall wonder … when they behold the beast that was, and is not, and yet is” (Revelation 17:8).

This beast is rising again today! Many will not accept this warning; some will accuse the Trumpet of spreading fear and hatred. But anyone willing to examine the evidence is encouraged to request a free copy of Germany and the Holy Roman Empire.