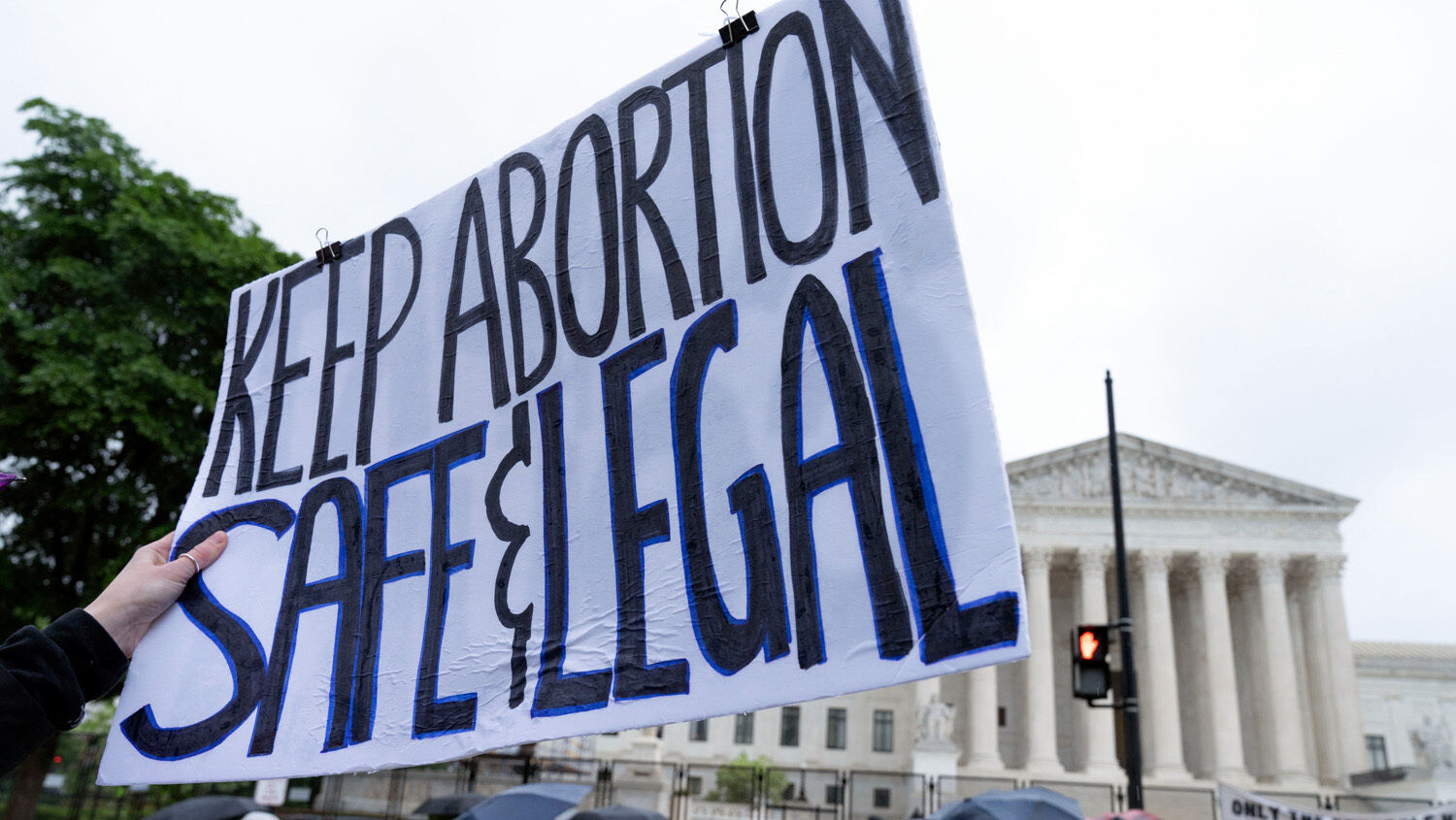 Pro-abortion demonstrators rally for abortion rights on May 7 in front of the U.S. Supreme Court in Washington, D.C.
JOSE LUIS MAGANA/AFP /AFP via Getty Images

The radical left is trying to generate a firestorm that will frighten a justice into changing his or her vote before the court publishes its majority opinion.

After pro-abortion demonstrators gathered outside the homes of Chief Justice John Roberts and Justice Brett Kavanaugh on May 8, the Senate passed a bill to boost security for Supreme Court justices while Justice Samuel Alito (who authored the leaked draft Supreme Court opinion) and his family were moved to a secure location for their safety. Meanwhile, Antifa terrorists threw two Molotov cocktails at the Wisconsin Family Action office. These terrorists spray-painted a wall with the message, “If abortions aren’t safe, you aren’t either.” There is little doubt about their motive.

Julaine Appling, the president of Wisconsin Family Action, told America’s Newsroom that he believes Speaker Nancy Pelosi is responsible for the firebombing due to her comments praising pro-abortion demonstrations. But Pelosi has not backed away from her comments. The day after the attack, she posted a new message on her website: “While we have seen and heard extraordinary anguish in our communities, we have been moved by how so many have channeled their righteous anger into meaningful action: planning to march and mobilize to make their voices heard.”

Such comments show a calloused disregard for the rule of law. The Supreme Court is supposed to interpret the United States Constitution as it was written, unswayed by public opinion. Calling on protesters to mobilize to intimidate justices is a clear and present danger to America’s constitutional form of government. A federal law exists that prohibits picketing with the intent to influence a court case. Still, the Department of Justice remains silent and has made no arrests. This is particularly shocking considering Attorney General Merrick Garland has targeted parents who speak out against critical race theory at school board meetings, where they are legally allowed to speak, but will not target pro-abortion protesters trying to intimidate Supreme Court justices, even though Federal U.S. Code 1507 makes this illegal.

Last December, New Hampshire senator Cynthia Shaheen even gave a tacit endorsement to potential violence when she said, “I think if you want to see a revolution, go ahead, outlaw Roe v. Wade and see what the response is, from the public, particularly young people.” She wants Americans to endure unconstitutional lockdowns and election theft without a fuss but to rise up in righteous indignation against any attempt to kill fewer than 600,000 babies a year.

Many leftists seem willing to push America into a literal civil war over abortion. Yet the Bible shows the value God places on the life of an unborn infant. “If men fight, and hurt a woman with child, so that she gives birth prematurely, yet no harm follows, he shall surely be punished accordingly as the woman’s husband imposes on him; and he shall pay as the judges determine. But if any harm follows, then you shall give life for life” (Exodus 21:22-23; New King James Version).

God considers the life of an unborn child equal to that of an adult. If a person’s actions caused an unborn child to die, God judged him the same as a person who had killed an adult. This does not mean people should take the law into their own hands or engage in acts of vigilante justice, but it does mean that abortion is the murder of a human being.

Anciently, the people of Judah sacrificed their children to the pagan Canaanite god Molech. As punishment, God delivered them “into the hand of the king of Babylon by the sword, and by the famine, and by the pestilence” (Jeremiah 32:35-36). Today, God warns through numerous prophecies in Jeremiah, Ezekiel, Isaiah, Micah and many others that He will bring the captivity of this generation again because of their many sins. Unless individuals turn to God and repent of grievous sins like abortion with fasting, weeping and earnest prayer, a foreign enemy will take them captive.

The murder of 63 million unborn children is no small sin. Yet many Americans are willing to commit acts of violence to keep this sin legal and as convenient as possible. So God’s punishment will get far worse unless America makes a drastic course change.

To fully understand how God will punish America for such sins, request your free copy of The United States and Britain in Prophecy, by Herbert W. Armstrong.