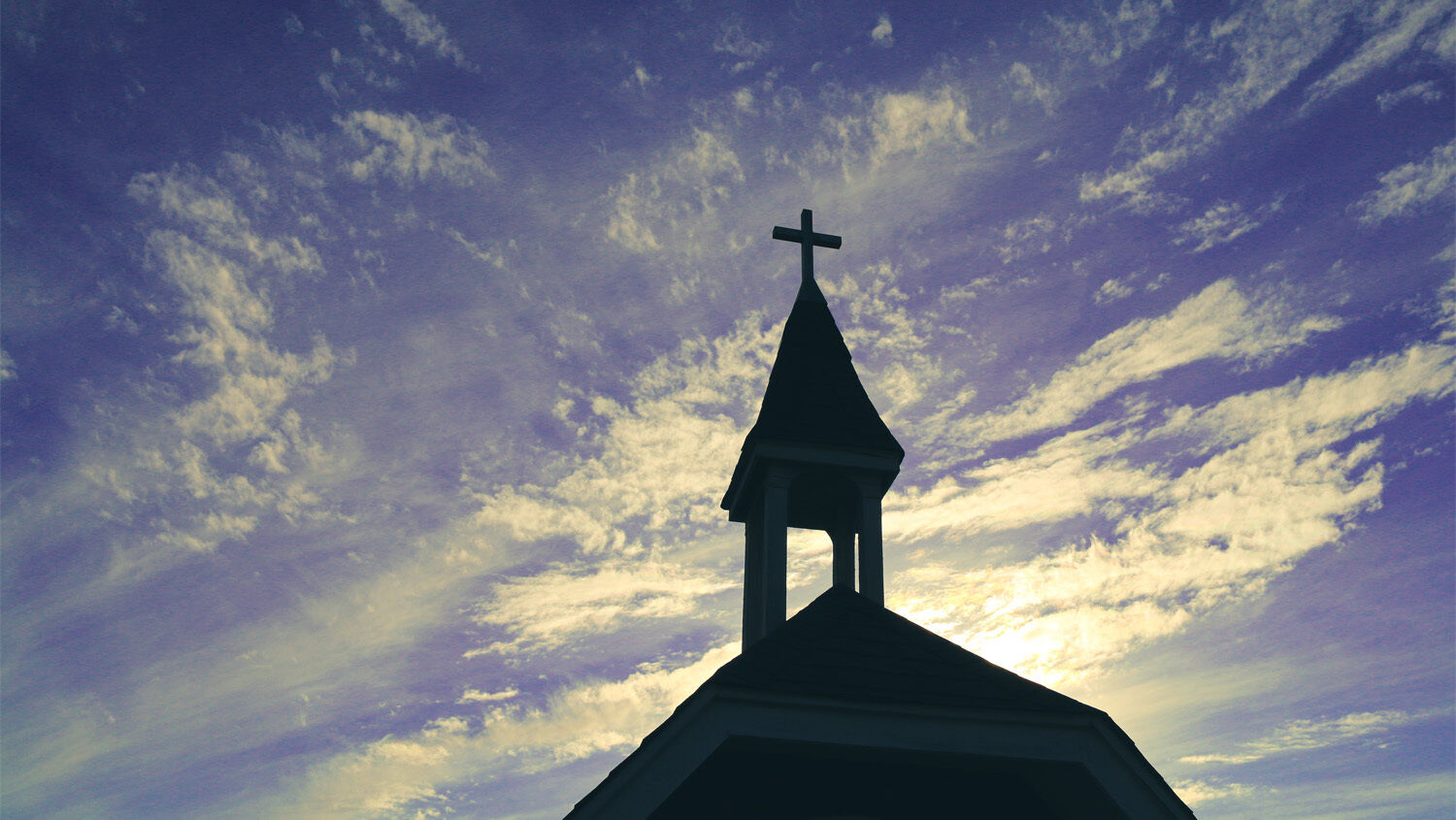 The systematic plan to blot out God from Canada

By Abraham Blondeau and Mihailo S. Zekic • May 5

A new Angus Reid poll shows that a majority of Canadians have a negative perception of most religions in the country. The results are from two separate questionnaires in January and February of 2,998 people. The poll also revealed an unprecedented number of Canadians turning their backs on religion or identifying as “spiritually uncertain.”

“Many Canadians now believe Catholicism, evangelical Christianity and Islam are more damaging to society than beneficial, a new survey shows, as people across the country continue to turn their backs on religion,” wrote Global News. The pandemic accelerated the trend of Canadians abandoning religion. The federal and provincial governments classified churches as a “nonessential service” and many were closed during lockdowns. Even now several pastors face charges and sit in jail because they held a church service during the lockdowns or fed the homeless during a potluck.

The number of Canadians who identify as nonreligious is at a record high. Global News wrote: “The survey comes after data released by Statistics Canada in late 2021 showed only 68 percent of Canadians 15 or older now report having a religious affiliation. It’s the first time that number has dipped below 70 percent since StatCan began tracking the data in 1985.” One fifth of Canadians, 19 percent, classify themselves as “nonbelievers.” Only 16 percent view themselves as religiously committed.

Canada isn’t just experiencing a faith crisis. “The survey reveals that all religious groups surveyed viewed evangelical Christianity as more damaging to society than beneficial, while Islam was also perceived in a largely negative light,” Global News wrote. “Respondents from both religions were also more likely to feel that Canada doesn’t make room for their beliefs in society.” All major religions were seen as negative to society by different demographics, but the more the religion was perceived as devout, the more it was considered to be negative.

This reflects a trend in the thinking of Canadians. Global News reported: “However, these negative feelings toward religious groups don’t necessarily translate to religious intolerance, [University of Calgary sociologist Abdie] Kazemipur says, but more of a ‘nervousness’ or ‘discomfort’ from a modern-day society that does not know how to include religion anymore.” Why is religion being squeezed out of Canadian consciousness and society? There has been a systematic attack in Canadian education, laws and the media to create a modern society where God is excluded. While society, in general, has become more materialistic and has embraced anti-God German rationalism, the attack on religion in Canada has focused on blotting out the God of the Bible. This survey reveals how this attack has shaped how Canadians think about religion.

One of the trends we at the Trumpet pay attention to is the decline of the rule of law in the English-speaking world. Much of the legal tradition of the Anglosphere is based on the Bible. The United States’ Constitution is a good example of this. In No Freedom Without Law, Trumpet editor in chief Gerald Flurry writes:

The [U.S.] Constitution was based to a great extent on God’s law. That is why I believe it is the most noble document ever written by a government of this world.

What a rare document it is. Our forefathers had the awesome opportunity to establish the rule of God in the wealthiest country ever. So they established a Constitution to protect all of us from the extremes of human reason. Tyrants, unjust judges and biased leaders were controlled by this law.

Did our Founding Fathers know that the Bible interprets itself? To some extent, I believe they did. And they probably patterned the Constitution after the Bible, in that sense.

In 1982, the government of Prime Minister Pierre Trudeau passed the Constitution Act. Among other things, this added a new document to Canada’s Constitution: the Canadian Charter of Rights and Freedoms. There is a lot in the charter that does protect (at least on paper) basic freedoms of Canadians. The second section outlines the fundamental freedoms given to all Canadians. These are freedom of conscience and religion, freedom of thought, belief, opinion and expression, freedom of peaceful assembly and freedom of association. The charter’s preamble states, “Canada is founded upon principles that recognize the supremacy of God and the rule of law.”

That sounds good, but one of the charter’s provisions undermines the “supremacy of God” in society. This provision is Section 27. It reads: “This Charter shall be interpreted in a manner consistent with the preservation and enhancement of the multicultural heritage of Canadians.”

The Oxford Canadian Dictionary of Current English defines “multicultural” as “designating a society consisting of many culturally distinct groups.” Canada’s Parliament published an article on its website explaining multiculturalism in Canada. Here is an excerpt:

Canada is a society of immigrants. Its immigrant population is roughly a fifth of its total population. In 2021, Canada received about 405,000 new immigrants. The top 10 origin countries, in order, were India, China, the Philippines, Nigeria, France, the U.S., Brazil, Iran, South Korea and Pakistan. Almost a third came from India alone.

These immigrants are bringing new faiths to Canada. Statistics Canada estimated the number of adherents to non-Christian faiths could almost double between 2011 and 2036. Some non-Christian faiths are on the crux of becoming more popular than Christianity. Canada’s population is now about 3.7 percent Muslim. The Anglican and United churches, the two largest Protestant denominations, account for about 3.8 percent of the population each. The leader of Canada’s third-largest political party is a practicing Sikh.

Section 27 of the charter constitutionally encourages the amalgamation of foreign religions. This torpedoes any seriousness to Canada being under “the supremacy of God.”

And if everybody belongs to a different religion, if everybody you grow up with has a different worldview and moral code, then it’s no surprise that more and more Canadians give up on religion altogether. The Angus Reid poll shows that Canadians born outside the nation are more likely to report a religious affiliation than those born inside Canada. Global News continued: “A similar trend was reported by StatCan data, because as Christian religiosity falls to unprecedented lows, minority religions such as Sikhism, Islam, Buddhism and Hinduism continue to thrive, fueled by immigration.” Christianity is declining in Canada as other religions rise to dominance.

The anti-God platform in the Charter of Rights and Freedoms has empowered the Canadian government to systematically disparage God through education, law and government policy. One such example is the banning of conversion therapy, which has the potential for the government to outlaw the biblical definition of male and female. Another example was the Supreme Court of Canada ruling that the private evangelical Trinity Western University violated the charter by having a requirement to pledge to abstain from “sexual intimacy that violates the sacredness of marriage between a man and a woman.” The Supreme Court ruled that the university’s right to religious freedom, listed in the charter, was trumped by lesbian-gay-bisexual-transsexual students’ right to have an equal opportunity to enroll in the school, which is not in the charter.

Why is there a systematic attack on God and the Bible in Canada? Removing God, and the principles of God’s law in the Bible, is the fulfillment of Bible prophecy. Canada has a history with God. The late Herbert W. Armstrong proved in The United States and Britain in Prophecy that Canada is part of the biblical tribe of Ephraim, which was promised blessings of national wealth and power. The British Empire and Commonwealth were part of this fulfillment, and the blessed position of Canada is because of God fulfilling His promise to the patriarch Abraham. The Bible warns that just before Jesus Christ returns there would be a satanic plot to destroy this history with God. 2 Kings 14:26-27 say men, inspired by Satan, would seek to “blot out the name of Israel.” We are living through this attack today, as God and the Bible are under assault by Canadian laws and institutions.

This attack has been highly successful. Nearly half of Canadians are spiritually uncertain, and more and more each year lose their faith in God. Yet you do not have to be a victim of this attack. You can learn about this inspiring history with God and grow in faith, gaining spiritual certainty that can never be lost.

To learn more about this inspiring history with God, please read The United States and Britain in Prophecy, by Herbert W. Armstrong, and No Freedom Without Law, by Gerald Flurry.