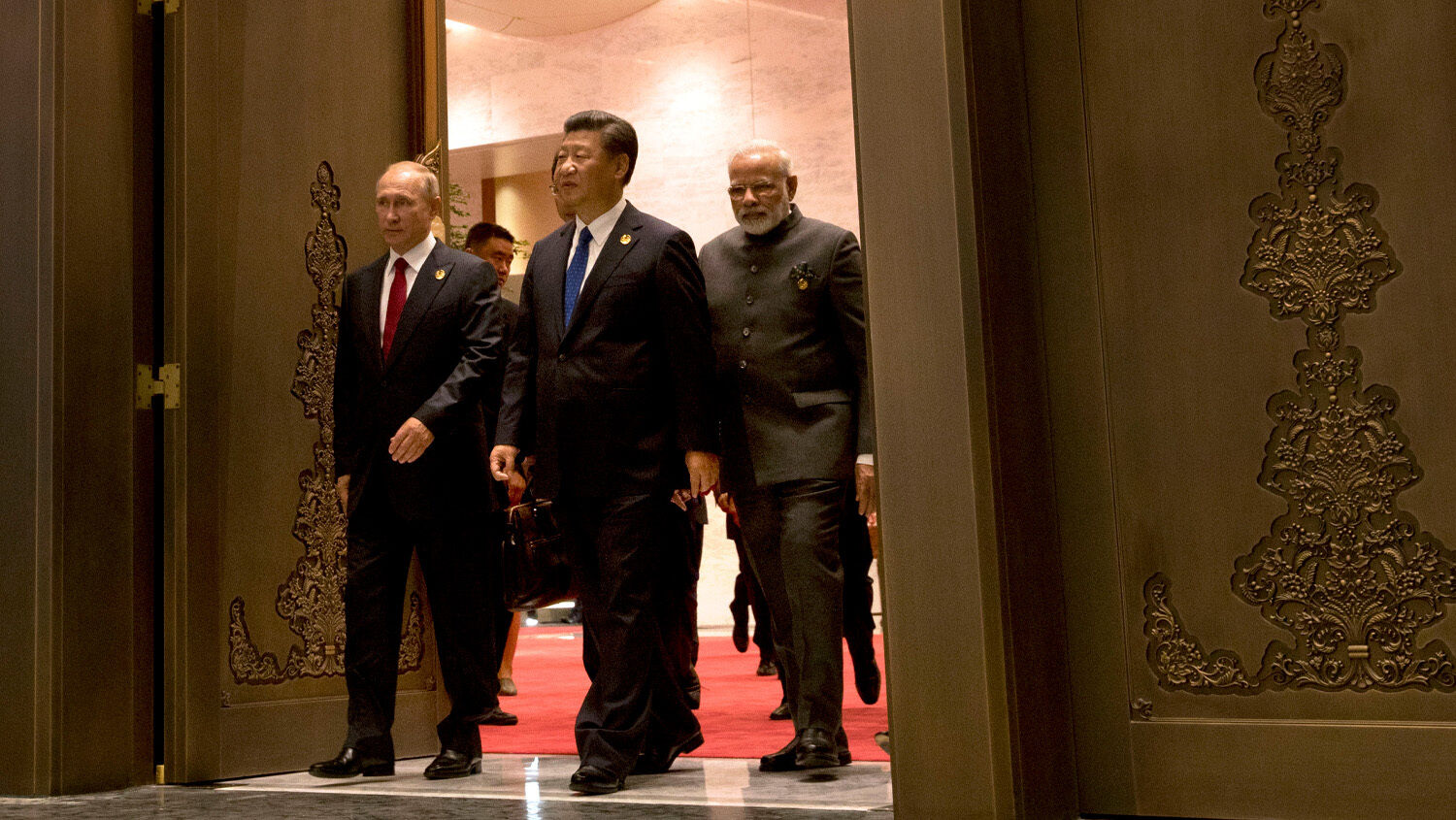 Financial ministers for the brics nations of Brazil, Russia, India, China and South Africa held a meeting to discuss creating an alternative to the swift banking system on April 8. The discussion included making a contingency for reserve currencies other than the United States dollar, and how to transition to this new system. This is a direct reaction to Western sanctions on Russia over the invasion of Ukraine.

“Russia, hit by Western sanctions, has called on the brics group of emerging economies to extend the use of national currencies and integrate payment systems, the finance ministry said on Saturday,” Reuters reported. “This pushes us to the need to speed up work in the following areas: the use of national currencies for export-import operations, the integration of payment systems and cards, our own financial messaging system and the creation of an independent brics rating agency.”

The Trumpet has been warning that Western sanctions are pushing Asian nations to break away from the world financial system dominated by America. This brics meeting marks a major practical step toward creating a new financial system. This would entail integrating payment systems between the brics nations, like Russia’s spfs or China’s cbips. Russia is already selling oil in rubles and not U.S. dollars.

The invasion of Ukraine, and the subsequent sanctions on Russia, has unified the three largest Asian nations against America and the West. “Western nations see the war as a clear example of Putin’s deadly despotism,” wrote Trumpet editor in chief Gerald Flurry in “Asia Still Stands With Putin.” “But what about the East? Two of the largest, most populous, most powerful nations in the world are supporting Putin! This is a stunning fulfillment of a biblical prophecy! The Trumpet has been expecting China and India to ally with Russia. We and the Plain Truth before us have been anticipating it for more than 60 years. As I explain in The Prophesied ‘Prince of Russia,’ Ezekiel 38:2 foretold the Russian power we now see rising, led by a rō’š nāśî’ (or ‘prince of Russia’).”

The prophesied kings of the east are led by the “prince of Russia,” Vladimir Putin. Their unification has been accelerated by the ferocity of sanctions and the weaponization of the U.S.-led economic system. These kings of the east are prophesied to be involved in an economic system that will exclude the United States, Britain and the Commonwealth, and the Jewish nation in the Middle East. Isaiah 23 calls this system the “mart of nations.” It appears the kings of the east are using the brics economic infrastructure to begin making the “mart of nations.” A new world financial system is being created before our eyes.

This prophesied “mart of nations” will actually play a key role in the start of the Great Tribulation. “Bible prophecy describes a time of ‘great tribulation’—an end-time period of suffering on a scale never experienced in human history (Matthew 24:21; Daniel 12:1),” wrote Mr. Flurry in the article “China Is Steering the World Toward War.” “Many other scriptures show that the nations devastated the most will be America, Britain and the Jewish state of Israel. In the past, we believed this Tribulation would begin when these three nations were attacked militarily. Ezekiel 4, however, describes the Tribulation as beginning with an economic siege against these nations.” This new system being made to evade American-led sanctions will eventually be used to destroy America.

We don’t know how long it will take for this “mart of nations” to fully emerge, but the tipping point of when this Asian economic system becomes a threat to America’s economy is when Europe joins this new financial system. America can influence foreign nations because of its status as the reserve currency. Even if brics created an alternative system, the U.S. dollar would still enjoy some stability since Europe uses the dollar for its energy purchases and trade with most nations. If Europe joined brics and ditched the dollar for its energy transactions, America would suddenly be on the outside looking in.

Isaiah 23 lists a European conglomerate, called Tyre in the prophecy, as a key part of this “mart of nations.” Mr. Flurry warned of this exact scenario in 2016:

A top German banker, Folker Hellmeyer, chief economist at Bremer Landesbank, predicts that the Moscow-Beijing economic axis will prevail against the United States. He also warns that economic damage for Germany and the European Union will be significant if they continue to follow U.S. policy in opposition to the brics alliance …. Germany has already joined the China-led Asian Infrastructure Investment Bank. Financial analysts like Jim Willie are warning that Germany may already be planning to ditch the dollar and join the brics nations!

The relationship we see developing between the “king of the north” and the “kings of the east” is exactly what Isaiah prophesied over 2,700 years ago!

Think about the role that this alliance will likely play in the economic besiegement of America. …

Another important layer to these prophecies being fulfilled is that a financial crisis emanating from America is what triggers sudden change in Europe. The financial crisis in 2008 triggered Europe into becoming an imperial power, but with rampant inflation and supply chain issues, the United States could be heading into an even worse financial crisis. Our booklet He Was Right outlines how the late Herbert W. Armstrong predicted that a U.S. financial crisis would trigger the unification of Europe. It states:

Mr. Armstrong warned that a massive financial crisis centered in America would ripple across the whole world—and would spark the rise of the seventh and final resurrection of the Holy Roman Empire. …

Over the next 20 years, Mr. Armstrong’s forecast became even more specific. In 1984, he wrote that a massive banking crisis in America “could suddenly result in triggering European nations to unite as a new world power larger than either the Soviet Union or the U.S. That, in turn, could bring on the Great Tribulation suddenly. And that will lead quickly into the Second Coming of Christ and end of this world as we know it” (co-worker letter, July 22, 1984).

If the United States, the underpinning of the entire financial system, were to have an economic collapse, that would resurrect the final iteration of the Holy Roman Empire in Europe, which joins the “mart of nations” and helps the “kings of the east” lay an economic siege on the United States, Britain and Israel, which starts the Great Tribulation. The massive debt that China and Japan hold can be used to collapse the U.S. dollar.

brics creating an alternative bank payment system and looking to use currencies other than the U.S. dollar are the infant stages of this new world financial system coming to life. It was the radical-left government’s policies that have sped up the fulfillment of these prophecies. As the American economy slides into self-inflicted crisis and Asia unites, watch for Europe to not only become a superpower, but to betray America and unite with the kings of the east. Keep reading the Trumpet for updates on this prophetic trend.

To learn more details about these important prophecies, please read our articles “Asia Still Stands With Putin” and “China Is Steering the World Toward War.”