The West wants to isolate the Russian dictator, but most of the Eastern Hemisphere is linked to him. 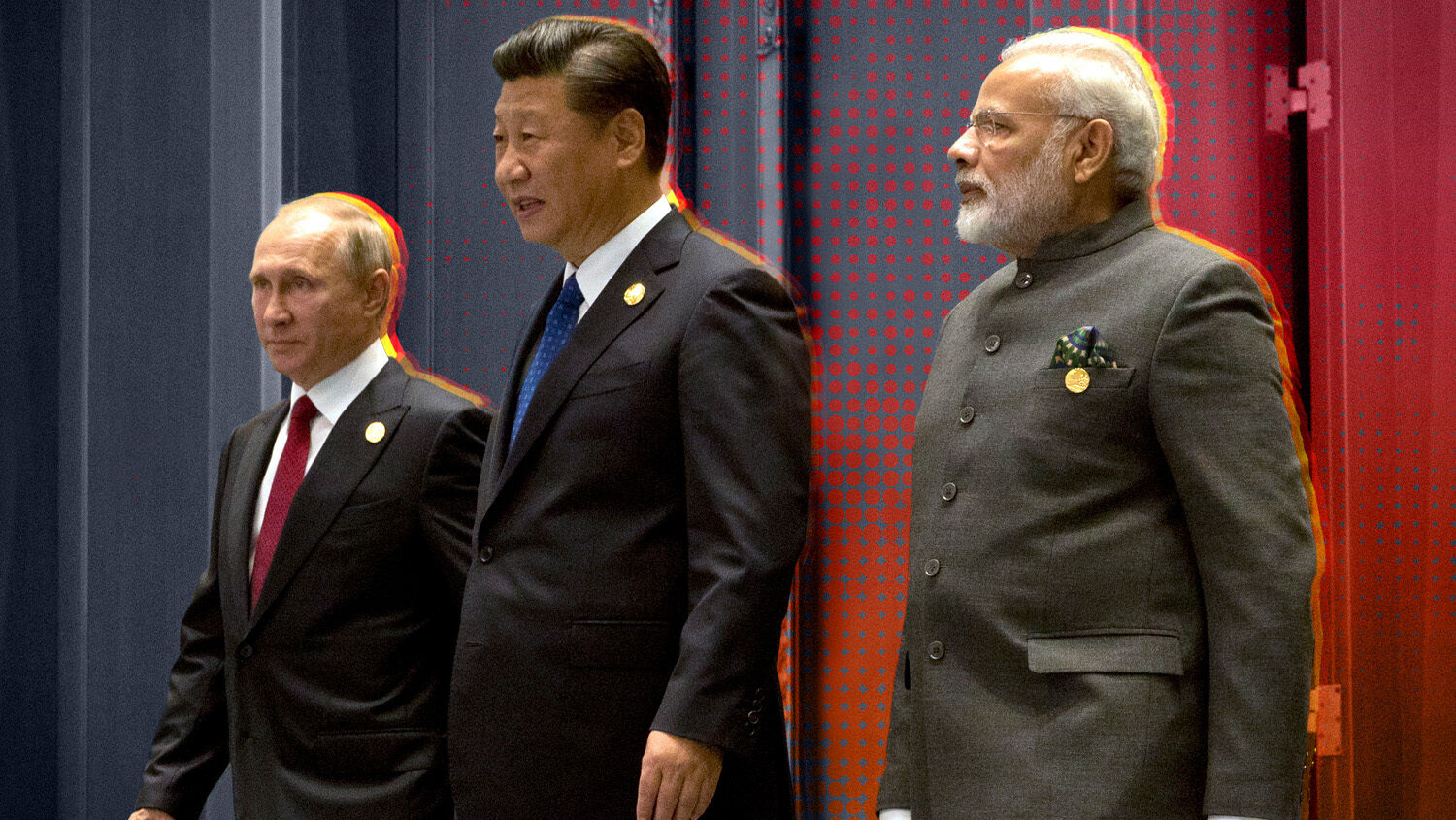 The West wants to isolate the Russian dictator, but most of the Eastern Hemisphere is linked to him.

Russia’s war on Ukraine has exposed Russian President Vladimir Putin as the authoritarian dictator that he is. He has forced 3 million people to flee their country, made East Europeans quake with fear, put nato countries on alert, and caused many people to openly discuss the possibility of World War iii.

Western nations see the war as a clear example of Putin’s deadly despotism. But what about the East? Two of the largest, most populous, most powerful nations in the world are supporting Putin! This is a stunning fulfillment of a biblical prophecy!

Putin has been struggling to gain control of Ukraine for two decades. He is suspected of poisoning a presidential candidate there in 2004 and of sabotaging the signing of a 2013 agreement with the European Union, sparking an anti-Russia revolution. In 2014, he deployed Russia’s military to forcibly annex Ukraine’s Crimean Peninsula and start a limited war in the eastern part of the country that killed more than 10,000 people over eight years, even before he launched a full-scale war in February of this year.

In many of his aggressions, Putin has benefited from support from the most populous, most economically powerful nation in the world: China.

In early February, Putin traveled to Beijing and met with China’s authoritarian president, Xi Jinping. They released a lengthy statement declaring that Russia and China had “no limits” and no “forbidden” areas of cooperation. As the Washington Post reported, Putin gave Xi favorable terms for a 30-year gas supply agreement and apparently agreed to wait until the end of the Beijing Olympics to make his move. The day after the Olympics ended, Putin recognized two separatist regions in Ukraine. Three days after that, he expanded his aggression in Ukraine to all-out war.

Western media are focusing on the fact that China has called for peace talks and is declining to supply Russia with weapons for use in Ukraine. But as the Post admitted, “The timeline speaks for itself.” China’s gas deal gives Russia a new market for its oil and gas, helping it economically punish Europe and the West for their sanctions and other opposition to Putin’s latest war. And despite his calls for peace, Xi has refused to speak to Ukrainian President Volodymyr Zelenskyy, sending the message that China supports Putin’s way of resolving the conflict, not Ukraine’s.

When nuclear-armed powers show such solidarity in wartime, what does this mean for the world? I tell you, it is woe to the world!

We have been looking for this alliance to solidify for decades. In 2014, when Russia invaded Crimea, I wrote “Asia Stands With Putin” (Trumpet, May-June 2014). At that time, the coordination between Russia and China had blindsided many in the West. Eight years on, at the prospect of a far more violent and deadly invasion, many analysts were looking for, if not expecting, China to support Russia.

Yet even many of these analysts were surprised when India took Russia’s side. India is one of the top economies and military powers in the world. It is also a former colony of the British Empire, a top trading partner with the United States, and the world’s largest democracy. Yet it has abstained from all United Nations votes condemning Russia’s invasion of Ukraine. Analysts are going to be surprised at how much India will come to support Putin and how closely it will ally with Russia and China. It already has important links to Russia (from which it imports an estimated 60 to 85 percent of its military equipment), but in the near future, these links are going to multiply beyond belief.

The December 1959 issue of the Plain Truth predicted this end-time Asian coalition with startling accuracy: “Russia’s program is not to take Europe and to attack the United States, first. [It] calls first for the seizure of Asia. Lenin wrote that the way to Paris, London and New York is via [Beijing] and Delhi! … [China’s] constant dream for centuries has been ultimate world conquest! … China knows, however, that in this highly industrialized age she can accomplish this dream only as an ally of Russia. … [Russian leaders] will ultimately control not only the Russian states, but China … and India as well!”

Russia, China and India, the giant nations of the Earth, all commanded by a fearsome “prince”! That was written 62 years ago, and it is now coming to pass! How could Mr. Armstrong have known that? Because it is prophesied in your Bible.

Prophecy Is the Key

The Trumpet has been expecting China and India to ally with Russia. We and the Plain Truth before us have been anticipating it for more than 60 years. As I explain in The Prophesied ‘Prince of Russia’ Ezekiel 38:2 foretold the Russian power we now see rising, led by a rō’š nāśî’ (or “prince of Russia”). This scripture also mentions “the land of Magog,” which includes modern China and other nations. This indicates that this Russian leader will rally other Asian peoples behind Moscow.

Other Bible prophecies strongly suggest that India will also unite with these Eastern nations. (Order a free copy of Russia and China in Prophecy to prove these truths for yourself from your own Bible.)

Another key scripture to understand is Revelation 9:16, a prophecy that the end-time “kings of the east” Asian power bloc will field the largest military in history. It comes from the same regions described in Ezekiel 38, and China, India and Russia have the only populations that could produce a combined army of 200 million troops.

China and India are increasing their support for Russia, even as it wages a war of aggression, the largest conventional military attack since World War ii! This is a signal that Russia’s 146 million people, China’s 1.4 billion people and India’s 1.4 billion people will soon provide Vladimir Putin with a virtually endless supply of manpower! Control over and organization of those masses will be key to the success of this Asian alliance. Western trading relationships and democratic ideals will be a thing of the past.

Because of what these prophecies mean, I believe Europe is facing its most serious crisis since World War ii!

Joe Biden and even some good analysts have said that a revived Russian empire would pose a danger to China and India, and therefore those nations will not support it. But they fail to recognize that India and especially China regard the West as a far greater enemy. And they are ignorant of the prophecies of the Bible.

Even those who are closely watching the war in Ukraine fail to understand its importance and the importance of Eastern nations’ reactions. Why? Because they don’t understand Bible prophecy. This crisis is far from over.

Russia and China in Prophecy
America’s status as the world’s lone superpower is rapidly fading. Other nations and groups of nations are angling to fill the void. Rising in the East is an emerging power bloc of tremendous potential—in manpower, economic heft and military might. Its growing presence is intensifying global competition for resources and for geopolitical influence. Where will this trend lead? You can know! Biblical prophecy provides a remarkable, penetrating preview of Asia’s future!
From The May-June 2022 Philadelphia Trumpet
View Issue FREE Subscription
Next
Previous