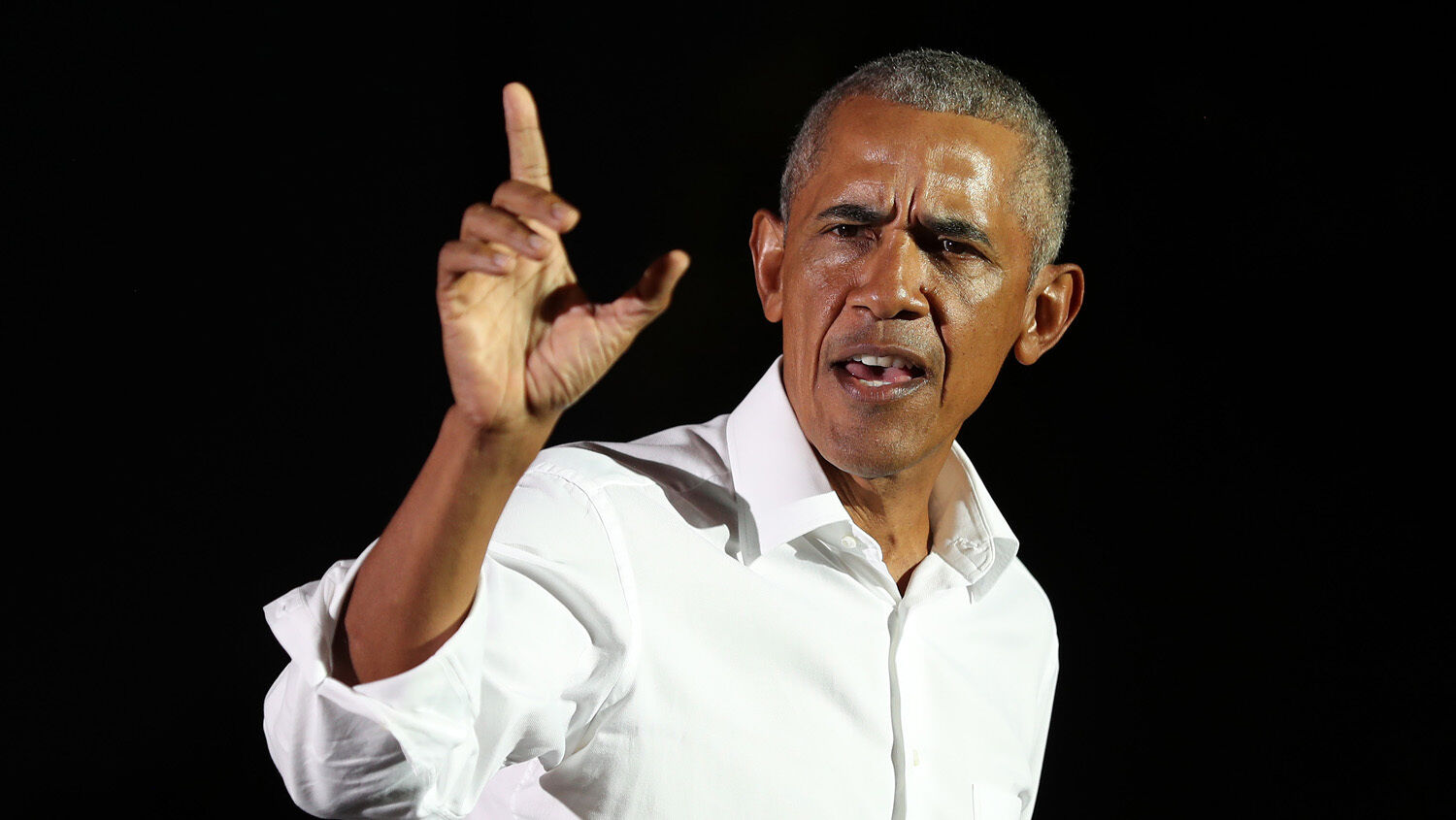 The radical left wants tech giants to censor what you watch and read.

Former United States President Barack Obama wants the government to start censoring what you watch and read. At an event cohosted by the Atlantic and the University of Chicago last week, Obama spoke about “Disinformation and the Erosion of Democracy” with Pulitzer Prize-winning historian Anne Applebaum, Nobel Prize-winning journalist Maria Ressa, investigative reporter Adrienne LaFrance, left-wing political consultant David Axelrod and Atlantic editor in chief Jeffrey Goldberg. These six agreed that disinformation is destroying America and that the government needs to intervene.

“For all the flaws that may exist in our own society, you can get any information you want right now,” said Obama on April 6. “[A]nd yet in our society, you have currently roughly 40 percent of the country that appears convinced that the current president was elected fraudulently and that the election was rigged. You have 30 to 35 percent of the country that has chosen not to avail itself of a medical miracle, the development of a vaccine faster than anything we’ve ever seen before. … I do think that there is a demand for crazy on the Internet that we have to grapple with. And part of the reason I’m spending more time thinking about this through the Obama Foundation is because I work with young people from across the country and around the world who are working on climate change, racial justice.”

To stop people from believing the 2020 presidential election was stolen or that covid-19 vaccines are dangerous, Obama called on companies to enact “regulatory measures” to halt “toxic information.” He was vague about the specifics of his plan, but his wife, Michelle Obama, actually called on social media companies to ban Donald Trump from their platforms after the Capitol Hill protests. And the social media companies obeyed her directive. Obama’s ideal plan to halt the “erosion of democracy” will likely involve censoring people who say things Barack Obama does not want to be said.

Axelrod’s presence was also significant, as he was the architect of both Obama election victories. Axelrod was also mentored by Communist Party usa member David Canter—whose father, Harry Canter, purchased the Chicago Star newspaper from Obama’s mentor, Frank Marshall Davis, in 1948. Both Axelrod and Obama come from the same small clique of Chicago Communists.

“It is a fundamental blow to our democracy—and any democracy—if people come to believe that an election clearly won by one person was illegitimate,” Axelrod told Goldberg. “That kind of malign fabrication is devastating for democracy. Anything that tears us apart, falsehoods that deepen distrust of institutions, anything that undermines the idea that there is such a thing as objective truth ….”

Like Obama, Axelrod wants to censor people like Dr. Peter Navarro, Gen. Mike Flynn and American businessman Patrick Byrne, who are working to expose the theft of the 2020 presidential election.

Initially, White House advisers Steve Bannon and Dr. Navarro sought to expose election theft by having 100 congressmen object to counting electoral votes in six states during a joint secession of Congress on Jan. 6, 2021. But Vice President Mike Pence hung up on Navarro while he was pitching the plan, and the Capitol Hill protests turned most of the congressmen he was working with against him. So Biden took the oath of office, and Obama went to work looking for ways to silence anyone who wanted to expose what happened in states like Arizona, Georgia, Michigan, Nevada, Pennsylvania and Wisconsin.

In the “Disinformation and the Erosion of Democracy,” Obama said he “underestimated the degree to which democracies” are vulnerable to misinformation. But he said this about the 2020 election steal, so he meant he underestimated how journalists can uncover corruption. Now he is advocating an attack on the First Amendment to keep people under the illusion that Joe Biden is the legitimate president; no socialist regime can hold power unless it controls the flow of information.

Yet despite Obama’s best attempts to censor what you watch and read, Bible prophecy indicates that the 2020 presidential election will be overturned. Trumpet editor in chief Gerald Flurry explained in his July 2021 article “What Will Happen After Trump Regains Power” that President Donald Trump will return to power, but “the indication is that regaining office may take considerable work.”

This astonishing forecast is based on 2 Kings 14:26-28, which says, “For the Lord saw the affliction of Israel, that it was very bitter: for there was not any shut up, nor any left, nor any helper for Israel. And the Lord said not that he would blot out the name of Israel from under heaven: but he saved them by the hand of Jeroboam the son of Joash. Now the rest of the acts of Jeroboam, and all that he did, and his might, how he warred, and how he recovered Damascus, and Hamath, which belonged to Judah, for Israel, are they not written in the book of the chronicles of the kings of Israel?”

Obama is leading an attempt to blot out the constitutional and biblical virtues that made America great, but Trump is a type of Jeroboam ii. God is using him to temporarily save America from the forces seeking to destroy it even though Americans do not deserve this mercy. But Trump will have to fight because the Big Tech companies, the corporate media and the political establishment are all against him. Obama’s push to control the Internet may represent an escalation in this fight.