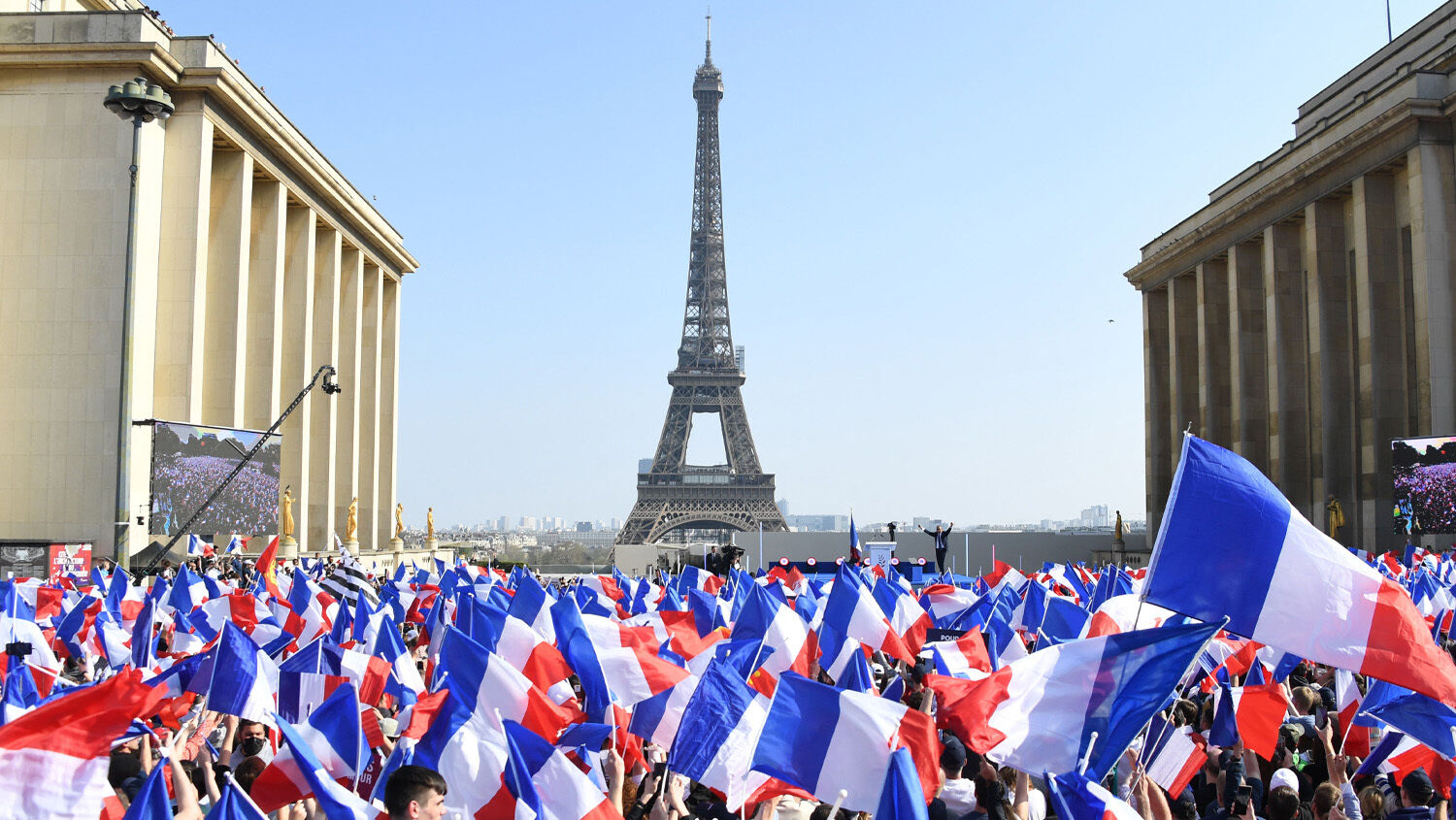 During the presidency of Emmanuel Macron, extremists in France have become bolder. The first round of elections in France on April 10 have shown that his opposition has grown stronger and more vehement. France is divided. Though Macron won the first election round with 27.8 percent, it’s clear France is not the same country it was five years ago.

Early in his tenure, Macron was faced with a slow-to-act, reluctant Germany that didn’t cooperate with his visionary European ideas. Domestically the yellow vest protesters were at his neck. Macron was seen parading France’s interests abroad on a high horse, while caring little for his people. The protesters of 2019 demanded lower fuel taxes, the return of a solidarity tax on wealth, and a minimum wage increase. The demonstrators were often brutally beaten. Then coronavirus and mass lockdowns hit. The social divide grew, and the government’s measures became harsher.

“Emmanuel Macron claimed that France was missing a ‘king figure’—then spent five years ruling it like a monarch,” the Jacobine noted. “His record has fueled Jean-Luc Mélenchon’s pledge to get rid of the presidency entirely and rebuild French democracy from the bottom up.”

Mélenchon came in third on Sunday with a remarkable 21.9 percent of the vote. His vision for France was a total restructure of the governing system.

Another major issue that has plagued France the last five years is the failure to integrate millions of Muslim immigrants. They have formed their own communities in a parallel society. Éric Zemmour warned that France would become a Muslim country sooner or later and demanded drastic measures. While the philosopher tried to present himself as a solution for all of France’s problems, he was seen by many as too extreme. He came in fourth with 7.1 percent.

Another extreme candidate was Marine Le Pen, the daughter of a far-right politician. In recent years, Le Pen has tried to be more moderate, promising a mixture of nationalism and socialism. While she continues to attract many on the far right, many were also displeased. She pledged that under her leadership, France would stand up to Islam, pull powers back from the European Union, and quit nato’s military structure. Additionally, she would give €100,000 (us$109,000) to families who commit to having three kids; it would be in the form of a loan that they would not have to pay back if they ended up having three children. She wants no taxes on those under 30 and a lower retirement age for the poor.

She came in second with 23.1 percent of the vote and has a chance of winning the election in a runoff against Macron on April 24. Polls show the race is very tight. The Wall Street Journal wrote:

Sunday’s vote illustrated how France’s political landscape has grown increasingly polarized since Mr. Macron took office. Candidates for the socialist and conservative parties only garnered a combined 6.7 percent of the estimated vote, compared with 26 percent in the last elections, while contenders from the far-right and far-left won support from more than half of the electorate.

Watch France’s election closely. A clear trend is already visible: disdain for the United States and disdain for nato. Trumpet editor in chief Gerald Flurry wrote about this trend in 2020: “America and Britain virtually saved France in two world wars from being absorbed by Germany. Yet today, France despises Britain and America, and loves Germany! This is an astonishing turn of events!”

The extreme underlying trends in France will contribute to a major upheaval in European politics. The Bible reveals that France will be a leading nation in a European superstate that resembles national socialistic policies (Revelation 13) while at the same time presenting a united front (Revelation 17)—though the unity will be short lived (Daniel 2). This united conglomerate called “the king of the north” in Daniel 11 will confront radical Islam in the Middle East (verse 40). Both Daniel and Revelation prophesy that an end-time leader will rule France like a king.