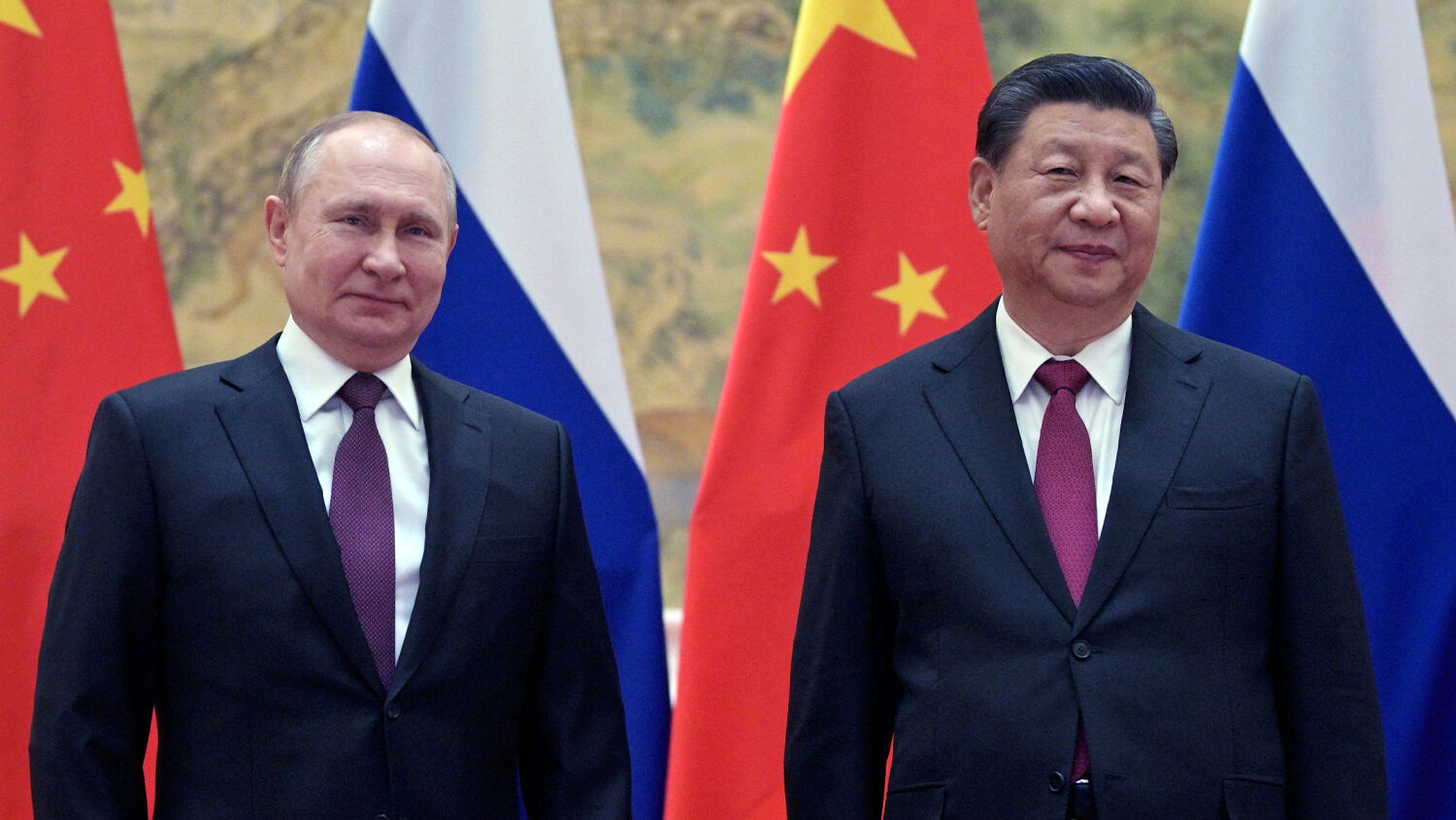 The Ukraine crisis is exposing what it means for America to be powerless in a global conflict.

Future historians may look back on early 2022 as the start of one of history’s deadliest alliances. This alliance has made possible the invasion of Ukraine. But Ukraine isn’t its primary target.

Russia and China are working together to form a power that will reshape geopolitics.

“The real reason for the dragon-bear alliance, however, is quite different,” German commentator Wolfram Weimer warned. “It is the rivalry and tensions with the [United States] that unites the two despots. China sees the Ukraine war as an opportunity to weaken the U.S. and the Western alliance” (Trumpet translation throughout).

For years, Russia and China have worked together to become less vulnerable to U.S. sanctions. “Beijing wants to capitalize on the war and weaken the West,” Weimer warned. “After all, China has its own aggression interests. For the West, this alliance is becoming dangerous—especially since India is also flirting with Moscow.”

Quite a few reports back this analysis. News reports claim China asked Russia to delay its invasion of Ukraine until after the Winter Olympics. The two countries agreed to closer cooperation just before the invasion and both blamed the U.S. for the escalation that followed. Chinese reporters have been operating among Russian soldiers in Ukraine—a strong sign of trust and cooperation. China is also helping Russia deal with the international economic sanctions. Even more shocking, India is also on board with the atrocities Russia is committing.

From Kyiv to Berlin to Washington, horror is spreading through foreign ministries. The hopes of Ukraine and the Western democracies are fading that Russia’s war of aggression will be outlawed worldwide. In his campaign, [Russian President] Vladimir Putin cannot rely only on the support of rogue states such as North Korea, Belarus or Syria. All three states voted against condemning Russia at the [United Nations] General Assembly. More importantly, and shockingly in light of the horrific news from Ukraine, two major world powers, India and China, the two most populous countries on Earth, are now demonstratively backing Russia.

India and China have already abstained from the UN vote, along with other powers such as South Africa, Algeria, Iran, Iraq, Pakistan, Bangladesh and Vietnam. In doing so, they have signaled that they do not want to criticize Russia. Indian Prime Minister Narendra Modi telephoned Putin on Monday to bring out 700 Indian students stuck in Sumy, Ukraine. There was no criticism of Russia’s policies even after that.

Asia appears to be following Putin’s lead to the “great concern” of Western diplomats, Weimer noted. Singapore’s largest newspaper, the Straits Times, wrote last summer that this alliance could be a power-political axis of the future.

“For the U.S., an alliance between China and Russia and thus a two-front scenario would be extraordinarily threatening,” director of the Austria Institute for European and Security Policy Velina Tchakarova told Stern magazine. “Many experts on Russia and China still view them as separate threats, yet systemic coordination between Beijing and Moscow increasingly represents a complex ‘threat multiplier.’ Russian President Putin is trying to capitalize on the current geopolitical competition with the United States.”

In addition to joint military drills, the alliance has also increased trade, reaching almost $150 billion a year. While U.S. sanctions are intended to hurt these close ties, they may do the opposite. “Russian banks that have been cut off from global payments networks are turning to China’s state-owned UnionPay system as the country tries to sidestep boycotts by Western businesses for its invasion of Ukraine,” Fox Business wrote. “The workarounds show Russia may increasingly rely on China in the face of isolation by the West.” (Watch our recent Trumpet Daily episode “The West’s Childish Leaders” for more information.)

Russia and China have been working for many years to make this alliance possible. We write in our booklet Russian and China in Prophecy:

Unofficially, the goal of the bank is to reduce Asian dependence on the American-controlled World Bank—and replace it with dependence on China. And ultimately, it is to replace the U.S. dollar with the Chinese yuan as the medium of finance.

More has happened since that time. David Goldman wrote for Frontier: “Historians still quibble about what event marked the end of the Roman Empire. Some future historians might choose Jan. 16, 2021, as the fatal moment for the American empire. That’s when the People’s Bank of China and swift, the global system for international monetary transfers, set up a joint venture to promote the use of China’s digital currency in cross-border payments.” (To learn more about this development, read “Will China’s Digital Currency Bring a SWIFT End to Dollar Supremacy?”)

It’s clear China prepared to undermine the U.S. dollar. Few, however, realize how deadly these developments will be. The U.S. dominance has allowed relative peace. This is now changing.

Russia and China’s ultimate target is the United States of America. They are tired of the current Western system that prevents them from exploiting weaker countries.

The Ukraine crisis has exposed what a powerless America looks like in a global conflict, as its allies stab it in the back. Even Germany showed its true colors by blocking weapons exports and sanctions until Russia’s invasion was close to irreversible. But this is just the beginning.

The Bible reveals that the world is going to turn suddenly against America and Britain. These nations have been blessed more than any other, but they are about to experience the worst of the world’s anger. As the late Herbert W. Armstrong explained in The United States and Britain in Prophecy, these two nations are the descendants of biblical Israel and the focal point of end-time Bible prophecy. Our booklet Russia and China in Prophecy explains how various Asian nations and a core European superpower will use an economic siege to bring America down.

“God is getting very detailed and specific here. He doesn’t want people to suffer any more than they have to in order to realize they don’t know the way to peace apart from God’s law,” our booklet explains. “The Tribulation starts with an economic siege, and this siege will last exactly 390 days—about 13 months!”

In Matthew 24, Jesus Christ warned of “great tribulation,” so great that it threatens the lives of all mankind. While we have the weapons to bring about such tribulation, many thought modern sophistication made it impossible. But this fantasy is now being exposed.

“This Asian cooperation blindsided many in the West,” our booklet explains, “but the Trumpet and the Plain Truth before us never made that mistake. Actually we have been proclaiming for over 50 years that Russia, China and other Asian nations would ally themselves in the end time. And we are in that end time now.”

This analysis hasn’t been based on superior geopolitical understanding. It has been revealed from the Bible. To understand the Bible prophecies on this matter, request a free copy of Russia and China in Prophecy.