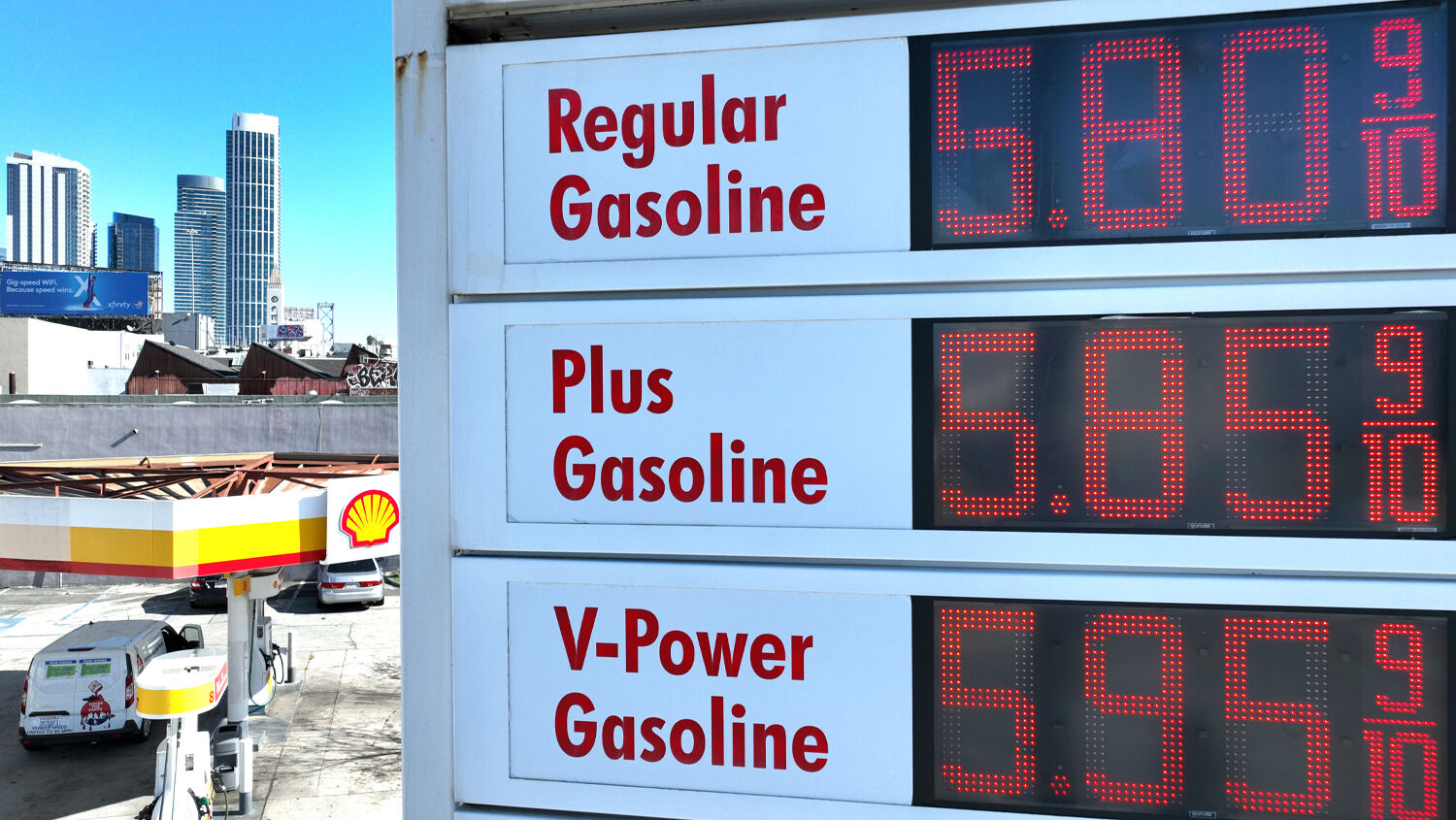 The radical left is working to fundamentally transform America’s economy.

Russia’s invasion of Ukraine could seriously hurt the United States’ economy. America’s benchmark crude surged 8 percent to $103.41 per barrel the day Russian tanks rolled across the border into Ukraine. That was the highest price since Russia annexed Ukraine’s Crimean Peninsula six years ago, and prices have gone up more than $10 a barrel since then.

The average price for a gallon of gasoline has topped $4 for the first time in over a decade, and economic analysts are predicting gasoline prices will remain above $4 per gallon into the summer. The Biden administration has not sanctioned Russia’s energy industry; doing so could push the U.S. into a recession by driving oil prices above $125 per barrel and gasoline prices above $5 per gallon. Americans are already struggling with inflation rates at a 40-year high. High fuel prices would stall economic growth as people spend more money on fewer goods.

Axios has published unverified reports that Biden may try to convince Saudi Arabia to pump more oil in a bid to drive international fuel prices down. But there has been no public discussion over reversing Biden’s ban on oil drilling on federal land. Some radical leftists may even be happy Putin’s invasion of Ukraine is driving up energy prices.

On February 28, Energy Secretary Jennifer Granholm emphasized that America needs to transition away from oil and gas toward green energy. Granholm announced a commitment from over 90 companies and organizations to reduce their carbon emissions by burning less oil and gas fuels to accomplish this goal. Rising gasoline prices and massive increases in home heating and cooling costs may be part of the Biden administration’s overall strategy.

Remember how Barack Obama lectured Americans in 2008 about their energy usage? “We can’t drive our suvs and eat as much as we want and keep our homes at 72 degrees all the time whether we are living in the desert or living in the tundra and just expect that every other country will say, ‘OK, you guys, go ahead and keep on using 25 percent of the world’s energy even though you only account for 3 percent of the world’s population,” he said at an Oregon rally.

In other words, Obama believes Americans need to consume a smaller share of the world’s energy. Driving up oil and gas prices is a fantastic way to force Americans to do this whether they want to or not. Although Democrats may try to temporarily reduce gas prices before this year’s midterm elections, their long-term goal is to make gasoline unaffordable so both companies and individuals will reduce their carbon footprint and their standard of living.

These decisions are not about the environment; they are about making energy more expensive in the United States and cheaper in other parts of the world. This strategy has weakened America and empowered Russia at the expense of the Ukrainian people. It has been remarkably successful in forcing Americans to reduce their standard of living. According to the U.S. Energy Information Administration, U.S. per capita energy consumption dropped to the lowest level since 1965 primarily due to rising fuel prices and economic responses to the covid-19 pandemic.

Only four months ago, Obama gave a speech at the 26th United Nations Climate Change Conference, admitting the fight to reduce carbon emissions is “not just about raw numbers. This is not just about science. This is about politics. It’s about culture. It’s about morality. It’s about the human dynamic. How do we work together to get a big thing done? And it’s about participation and power.” After admitting climate change isn’t about the data, he told young people around the world: “I want you to stay angry. I want you to stay frustrated. Channel that anger, harness that frustration, keep pushing harder and harder for more because that’s what’s required to meet this challenge.”

Although Obama may not be happy that Putin has invaded Ukraine, he is probably quite pleased with how rising energy costs are fundamentally transforming the American economy by forcing people to drive less and adjust their thermostats.

More than 70 years ago, the late Herbert W. Armstrong foretold this radical assault on the United States and its standard of living in a startling January 1949 Plain Truth article titled “The Plain Truth About Communism.”

“The real goal of the Communist plotters is the violent overthrow of the United States and the British Empire,” he wrote. “Why? We are the real ‘capitalist’ nations. We possess nearly three fourths of all the world’s ‘capital’—its developed and usable resources and wealth. … The plain truth, known by so few, is that we possess greater wealth and national resources than any other nation ever did because Almighty God gave us this wealth in fulfillment of His birthright promise to Abraham, Isaac and Jacob! And communism is the devil’s effort, through his demon-inspired human tools, to take from us this greatest national and economic blessing God ever conferred on any people! And since this blessing from God is the world’s ‘capital,’ atheistic communism shouts, ‘Down with capitalism.’ Forty years ago, communism was just a plot in the minds of a very few peculiar people. Today, communism is a world force governing millions of the human race and threatening to govern all of it.”

Barack Obama was mentored by the radical card-carrying Communist Frank Marshall Davis. He has been vocal about his desire to confiscate the “capital” God gave the modern-day descendants of Abraham, Isaac and Jacob (i.e. the United States, Britain and Israel primarily) and redistribute it to the rest of the world. But God promises that He will temporarily save America from this radical Communist onslaught, so that people have a chance to repent of the sins that allowed the radical left to take over (Amos 7:8). In the meantime, Americans need to set their financial house in order and reduce their standard of living.

For more information on the radical left’s onslaught against America, please read “Communism in America Today,” by Trumpet editor in chief Gerald Flurry.