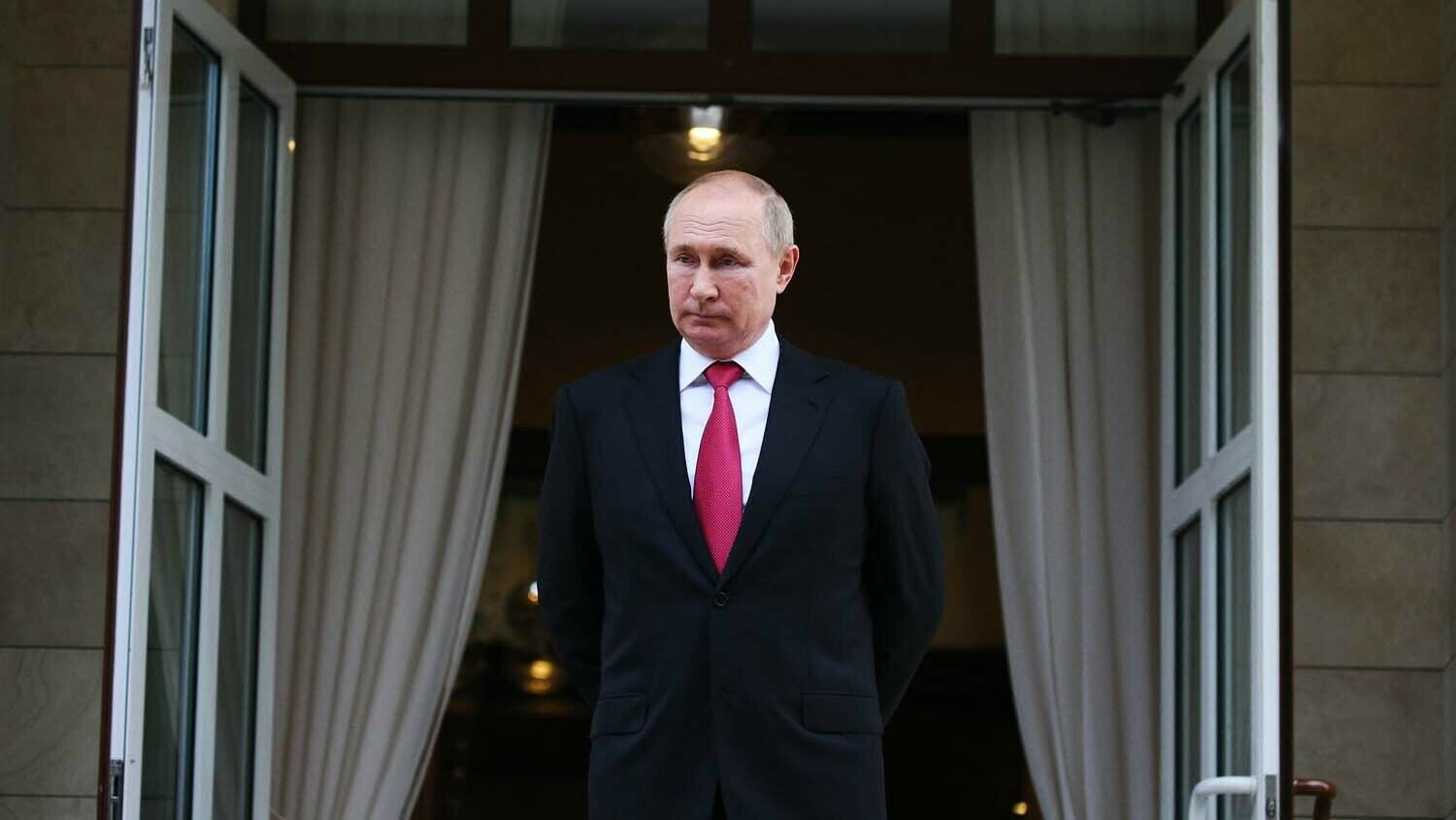 To achieve anything less than a decisive victory would be a humiliating loss of face.

The world has looked on with cautious optimism as the people of Ukraine have put up a formidable fight against Russia’s murderous invasion of their country. The Ukrainians have punched above their weight, held much of their ground, and have reminded a cynical world of what mettle and selflessness are.

The soldiers have fought valiantly, downing a considerable number of warplanes and helicopters and preventing Russia from winning control of Ukraine’s airspace. Ukraine’s civilians have also displayed astounding resolve. Most are untrained in combat, but they’ve hurled Molotov cocktails at Russian forces, engaged troops in street fights, and have even tried to repel Russian tanks with their bodies.

Analysts agree that Ukraine’s soldiers and civilians alike have surprised the invaders with their tenacity. And as we pass the one-week mark of this war, it is easy to feel somewhat optimistic about the cause of the Ukrainian people. But the truth is Russian President Vladimir Putin can’t afford to lose Ukraine.

Ukraine was not just a part of the Soviet Union that Russia led for most of the 20th century. It was the second-most important nation—after Russia—in that union. Ukraine was the most populous country besides Russia. It was the union’s breadbasket. It shares a 1,200-mile border with Russia. And as long as it is politically neutral or aligned with the Kremlin, it functions as a massive buffer between Moscow and many of Russia’s historic enemies in Europe.

It’s plain to see that Putin has been working for over a decade now to rebuild the Soviet Union. That goal motivated his attack on Georgia in 2008 and his first attack on Ukraine in 2014. That was also his primary motivation for bringing Azerbaijan and Kazakhstan more fully under his thumb in the last year, and for turning Belarus into a Russian satellite state. In all of these nations, Putin has brought parts of the former Soviet territory back under Moscow’s control. With all of these maneuvers, Putin has been rebuilding the old Soviet Union.

But Ukraine is the keystone of that rebuilding project. It is the crown jewel of the empire that Putin is dead set on rebuilding.

And its importance to Putin even predates Soviet times. In the eighth century, Ukraine became the birthplace of Russian Orthodox Christianity. In Ukraine in a.d. 988, Vladimir the Great, later called St. Vladimir, was baptized. He exhorted all residents of Kyiv, according to the ancient histories, to be baptized all at once in Ukraine’s Dnieper River.

This was the famous “Baptism of Rus,” and it is considered the seminal event in the development of Russia’s unique religion—the genesis of the Russian Orthodox Church. And it happened in Kyiv, Ukraine.

This imbues Ukraine, in general, and Kyiv, in particular, with profound religious meaning for Vladimir Putin—and millions of other Russians who are members of the Russian Orthodox Church. This is a significant part of the motivation behind Putin’s invasion.

“Many people don’t appreciate the extent to which the invasion of Ukraine is a spiritual quest for him,” journalist Giles Fraser wrote last week. “The Baptism of Rus is the founding event of the formation of the Russian religious psyche. The Russian Orthodox Church traces its origins back here. That’s why Putin is not so much interested in a few Russian-leaning districts to the east of Ukraine. His goal, terrifyingly, is Kyiv itself.”

Putin himself alluded to this goal in a proclamation published last year. “The spiritual choice made by St. Vladimir the Great still largely determines our affinity today,” he wrote. “In the words of Oleg the Prophet about Kyiv, ‘let it be the mother of all Russian cities.’”

As Putin tried to justify his invasion last week, he reiterated these sentiments, stating: “Ukraine is not just a neighboring country to us. It’s also an inherent part of our own history, culture and spiritual space.”

Putin: “Ukraine is not just a neighbor, a neighboring country to us. It is an inherent part of our own history, culture, spiritual space. They are our comrades, relatives, not only colleagues…We are talking about facts…The modern Ukraine was completely created by Russia.” pic.twitter.com/ETGJwNTuSY

Ukraine is crucial to Putin’s goal of a restored Russian empire. It’s the center of the Russian religious soul and the cornerstone of his expansionist ambitions. That’s a big part of why, no matter how much courageous resistance the Ukrainians display, Putin can’t afford to let it go.

Even before last week’s full-scale invasion, Putin couldn’t afford to lose this “spiritual space” to the West. He couldn’t let this key element of his imperial vision become a member of the European Union or nato. That’s what the majority of the Ukrainian people want, and Putin will not allow it. So he waged a perverse war.

And now that he has gone this far, with tens of thousands of Russian troops inside Ukraine working to assert Russian control over Ukraine’s cities, the sentiment that he can’t afford to lose it is even more intense.

To achieve anything less than a decisive victory in Ukraine would bring all of this crashing down. It would be humiliating loss of face for Putin and would showcase Russia as a failure in the one area where it professes to be untouchable: military power.

Putin has put a stunning amount on the line with this invasion, and it is true that the Ukrainians are resisting more formidably than was expected. But it seems that their valor and courage are only forestalling the inevitable. And it may mean that Putin’s gloves are about to come off. Up until this point, Putin has aimed to attack mostly just military targets. He has tried to minimize civilian casualties and has sought to avoid destroying cities. What good is it, after all, to take over a spiritual mother city, if that city is nothing but rubble, corpses and ash?

Putin had hoped the Ukrainian government would flee without much of a fight in just a few days’ time, and then he could install a puppet government and the matter would be settled. It would be mainly a political conquest—quick and easy. Based on that hope, he invaded with restraint. But it was a miscalculation. His forces have been met by formidable resistance from Ukrainian President Volodymyr Zelenski and millions of his people. And yet he still can’t afford to lose Ukraine, especially now that he’s come this far.

Russia’s losses as of March 1, according to Ukraine’s Defense Ministry. pic.twitter.com/Z0V7C4FiZt

Putin has a history of conquering hostile cities by unleashing Russia’s firepower on them. In both Chechnya and Syria, he accomplished this with missile strikes and bomb detonations in residential neighborhoods. This destroys infrastructure but it also terrorizes civilians into fleeing the cities. Then Russian ground forces can advance into the city.

It looks like this is the approach Putin will soon take in Ukraine. Already, he has begun using more brutal tactics, including a savage bombardment on March 1 of a residential area in Kharkiv, Ukraine’s second-largest city.

Douglas Lute, a former U.S. ambassador to nato, told the New York Times: “We’re only in the opening days of this, and Putin has a lot of cards to play. It’s too early to be triumphalist, and there are a lot of Russian capabilities not employed yet.”

When you assess all the Russian capabilities not yet employed, the conventional forces are eye-popping. So far, the bulk of Russia’s air power has been sitting the war out. There are hundreds of fixed-wing tactical and long-range warplanes that have not entered the fray, and the same is true for most of Russia’s rotary aviation. Very little has been involved so far. Russia has also so far refrained from electronic warfare. We may soon see many of these heretofore unused conventional capabilities and strategies come into play.

And then there is also Russia’s nuclear arsenal of almost 6,000 warheads—more than any other nation in the world. An especially chilling development came on February 27 when Putin announced that he had put Russia’s nuclear forces on high alert. This was the same day that, under his covert guidance, Belarus (now a puppet to Russia) revised its constitution to ditch its decades-long “nuclear free” status. This means Belarus could soon be hosting Russian nuclear weapons just 90 miles from Kyiv.

Would Putin actually do the unthinkable? Harry Kazianis examined the question for the Spectator World. “Yes, Russia could use nuclear weapons,” he wrote. “With Russian President Vladimir Putin now putting his nation’s nuclear forces on alert status, Moscow is signaling to us that recent arms shipments, sanctions, lashings in the media, and pressure placed on the Putin government are rattling nerves. Putin is trying to tell us in no uncertain terms that we are coming close to his geopolitical redlines and, like a caged animal, he will strike back if we apply too much pressure. That could even mean using nuclear weapons.”

It’s hard to imagine a more terrifying possibility. But because of Putin’s perverse designs on Ukraine, that’s where the world currently is. He can’t afford to lose it, especially now that he’s in so deep. This means in the days and weeks ahead, Putin’s brutality could get much, much worse.

Putler’s horde moving on #Kyiv. 27 km long. 17 miles of tanks moving to destroy my beautiful capital. Just because it wants to be free pic.twitter.com/FjOkaqgCUK

Trumpet editor in chief Gerald Flurry wrote about Russia’s invasion on February 25, stating: “I have been warning for more than two decades that Vladimir Putin would be responsible for violent conquests and that he would set in motion some astonishing and historic events.”

Mr. Flurry explained that his warning about Putin’s Russia is based on his understanding of the Bible:

Ezekiel 38 is an especially important passage about Russia. … This whole chapter contains staggering understanding about the powerful Russian empire and its widely feared “prince.” …

I strongly believe this “chief prince” is Vladimir Putin, and I have explained why many times over the past 20 years. The alarming and sobering scenes coming out of Ukraine today dramatically prove that this understanding is right. Bible prophecy is being fulfilled this very moment in Ukraine!

To better understand the chilling developments right now with Russia’s invasion of Ukraine, and to grasp it in the prophetic context, read “Bible Prophecy Comes Alive in Ukraine!” And for a more detailed study, order your free copy of Mr. Flurry’s booklet The Prophesied ‘Prince of Russia.’